Ice hockey is considered to have originated in the United Kingdom in the 18th and 19th centuries. However, it has spread its roots to many regions of the globe over the years, producing some of the world's most brilliant and renowned hockey players. But, of course, certain players have a better chance of breaking through and making it to the National Hockey League (NHL).

Zach Werenski is one of those players who began his hockey career at a young age and has had a remarkable career in the sport. Zachary is a professional ice hockey defenseman for the Columbus Blue Jackets of the National Hockey League.

The athlete is widely considered one of the best ice hockey players due to his amazing skills on the ice. Viewers are naturally curious to learn more about Zachary Werenski's career and personal life. So, today let us understand a tad bit more about the sportsperson.

Zachary "Zach" Werenski was born on July 19, 1997, to parents Ken Werenski and Kristen Werenski. The sportsman was raised in a loving family in Grosse Pointe, Michigan, alongside his brother Brad Werenski, who happens to be twenty months older than him.

Zach Werenski's father served as a policeman, firefighter, and paramedic in their hometown. Growing up, the athlete aspired to be like his father and saw him as his role model. Even though Werenski's dad was always busy with his work, he never failed to fulfill his duty as a father as family was his priority by the end of the day. 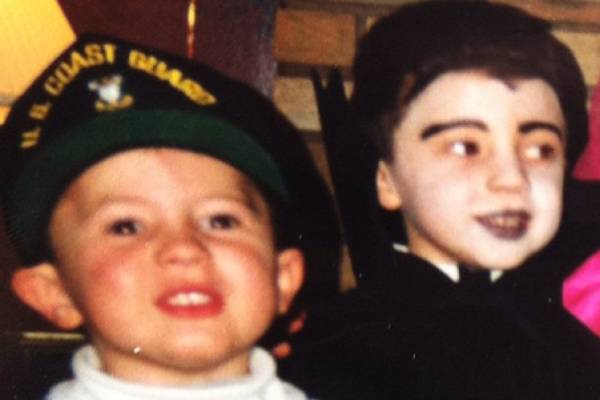 Zachary Werenski grew up playing ice hockey with his brother, Brad, and later developed a passion for it. Image Source: Zach Werenski Instagram.

Werenski's brother graduated from Western Michigan University's Haworth College of Business with an integrated supply chain management degree. The brothers are very close to each other and, at some point, even lived together.

Alongside his brother, the athlete began learning to skate at three and playing ice hockey the following year. While for his brother hockey was simply a pastime, Zachary began to develop an interest in the sport as time passed.

Zach Werenski's family supports his career choices and can be spotted in some of his matches. The hockey player went to the University of Michigan and started taking hockey as a serious career path at the same time. Soon after graduating, his professional career as an ice hockey player began.

Prospering Career As A Hockey Player

As previously stated, Werenski began his career at an early age. However, as a professional ice hockey player, the athlete has developed and established a reputation. Let us peek at how he went from playing in college teams to becoming a professional player.

Zach represented the Detroit Belle Tire minor ice hockey club at the 2009 Quebec International Pee-Wee Hockey Tournament and later trained with the USA Hockey National Team Development Program. Despite missing time in November due to an injury, he finished second among team defensemen during the 2013–14 season. 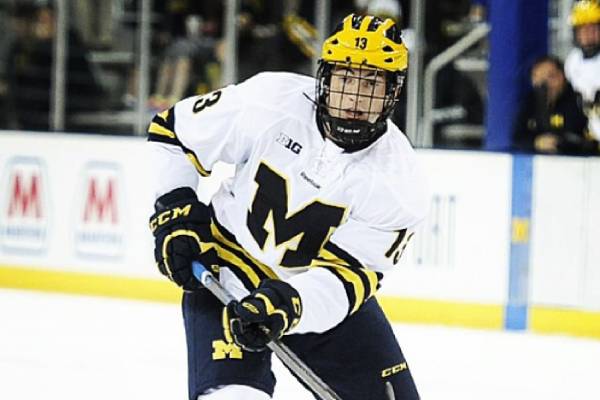 Zach Werenski began his career as a hockey player as a teenager and has made notable progress since then. Image Source: Zach Werenski Instagram.

Werenski continued to play hockey in college and was drafted by OHL's London Knights in the 2013 OHL Priority Selection for the Champions Hockey League. After a great match with the University of Michigan Wolverines, Werenski was named the Big Ten Conference Defensive Player of the Year and was drafted to the All-Big Ten First Team. In addition, he was named an AHCA First Team All-American team.

Zach's career took off after being selected in the 2015 NHL Entry Draft by the Columbus Blue Jackets on June 26, 2015. The athlete began his professional career in March of the following year when he signed a three-year contract with the CBJ and was assigned to an American Hockey League team for the 2016–17 season.

On April 1, 2016, Zach Werenski made his professional debut in the 2015 NHL Entry Draft. Werenski led the Monsters to their first Calder Cup championship during the 2016 playoffs.

Werenski made his Blue Jackets debut on October 13, 2016, and scored his first NHL point. The athlete was then named November 2016's NHL's Rookie of the Month. In addition, the hockey player has competed for and won medals for the United States of America in several international championships. The following are some of his notable achievements along with their year:

Furthermore, the sportsperson set the record for the most points scored by a Blue Jackets rookie on March 10, 2017, surpassing Rick Nash's previous record. However, when a puck on a shot from Phil Kessel hit him in the face, Werenski was injured and was unable to play for the remainder of the playoffs.

In January of 2018, Zach replaced fellow defenseman Seth Jones at the 2018 NHL All-Star Game. Later on, the athlete signed a three-year, entry-level contract and was assigned to an American Hockey League team for the 2016–17 season. Unfortunately, Zach was ruled out for the 2020–21 season due to a sports hernia.

Despite having established a respectable reputation in his brief career, the athlete still has a long way to go. Nevertheless, let's hope the star succeeds at what he does best.

Zach Werenski Net Worth and Earnings

The athlete has worked in the sports world for nearly two decades. As a result, Zach Werenski's net worth derives entirely from his long and glorious career as a professional hockey player.

Even though Zach wants to keep his earnings to himself, he has negotiated some notable contracts with teams that have unquestionably increased his net worth. For example, Werenski signed a three-year, $15 million contract deal with the Blue Jackets on September 9, 2019.

Despite the trade request calls from various NHL teams, on July 29, 2021, Werenski agreed to a six-year, $57.5 million contract deal with the Blue Jackets. 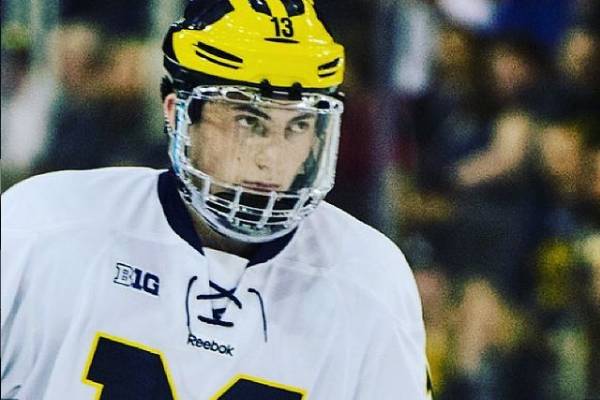 Most of Zach Werenski's net worth is derived from his long and successful hockey career. Image Source: Zachary Werenski Instagram.

Furthermore, the professional hockey player has won numerous matches and medals throughout his career. In the 2014 World U-17 Championship, he earned gold, while he won bronze in the IIHF World Junior Championship. Given the severity of the World Championship, the hockey player must have amassed a considerable fortune.

As previously said, the athlete has a long history of working in the sports industry and has amassed a solid income. The following is an estimated list of Zach Werenski's earnings, along with the teams and years:

Looking at the estimated yearly earnings of the athlete, one can guess that NHL star, Zach Werenski is a multimillionaire.

The athlete has established a reputation for himself in his brief career, but he still has a long way to go. Nonetheless, Zachary has the potential to make an even bigger name for himself and surpass his existing fortune in the future.

Is In A Relationship With Odette Peters

Given Zach's ever-growing reputation, it was only a matter of time when people would start showing interest in his life, notably his love life. Unlike other celebrities, the athlete has been very open about his relationship with girlfriend Odette Peters.

Zach Werenski's girlfriend attended Michigan State University and graduated with a degree in Neuroscience. While studying at the university, she interned at the Saint Clair Pharmacy for four months. Since graduation, Zach's partner has been working part-time as a medical assistant at Heart Rhythm and Pacemaker Specialists. 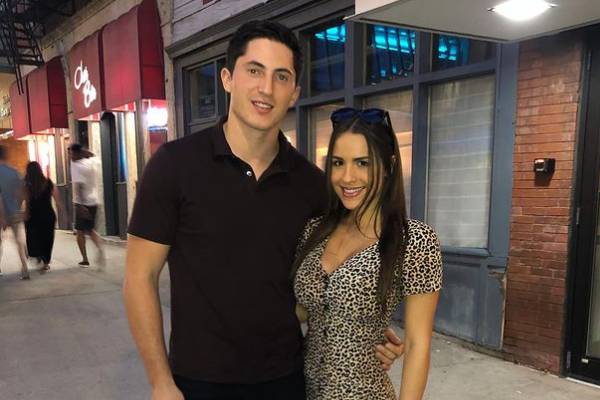 Zach Werenski and his girlfriend Odette Peters have been together for a long time. Image Source: Zachary Werenski Instagram.

It is unclear when or how the couple met. However, since Zachary Werenski's girlfriend, Odette is also from Michigan, the pair might have been met in their hometown. Moreover, going through Peters's social media pages we can see that the pair were already dating in late 2017.

On the other hand, the athlete only posted a picture of his partner on his feed in late 2019. Nonetheless, the beauty has become a familiar figure on Zachary's Instagram since then.

Going through Zachary's lover's Instagram, it appears that the couple is living together. For now, the love-sick pair seem to be enjoying their time together, traveling to places and partaking in fun activities. Let us hope that their happiness continues to multiply as time goes on.