Seth Jones is a well-known African-American professional hockey defenseman who is prominently known for his achievement in the IIHF World Championships. Image Source: Seth Jones Instagram.

Seth Jones is a well-known African-American professional hockey player who plays defense for the Chicago Blackhawks. The Nashville Predators selected him fourth overall in the 2013 NHL Entry Draft. In addition, Jones is recognized as one of the best hockey players of all time and is a significant name in the world of sports.

After a brilliant ice hockey career, Seth is widely considered one of the best players of his time. So fans are naturally curious to learn about Seth Jones' personal and professional life, which we will be dissecting today.

Seth Jones was born as Jared Seth Jones to parents Amy Jones and Ronald Jones on October 3, 1994. The athlete was raised in Arlington, Texas, alongside his brothers Caleb Jones and Justin Jones. Seth grew up in a sports-oriented household, as his dad Ronald,  popularly known as Popeye Jones, was a former NBA basketball coach and player.

Even though Seth Jones' father was a legendary basketball player, he never pushed or prodded any of his kids to follow in his footsteps and pursue a career in basketball. However, his father secretly wished for Seth to pursue a profession in the same field because he was a natural basketball player. But, the athlete made it apparent from a young age that ice hockey was his passion and what he would pursue as a career.

Similarly, Seth Jones' younger brother, Caleb Jay Jones, is also a professional ice hockey player and, like his sibling, plays defense for the Chicago Blackhawks. Although Caleb has been a part of the National Hockey League for only a short time, the athlete has made a significant name for himself.

In addition, the siblings are very close to each other and are not hesitant to share brotherly affection publicly. 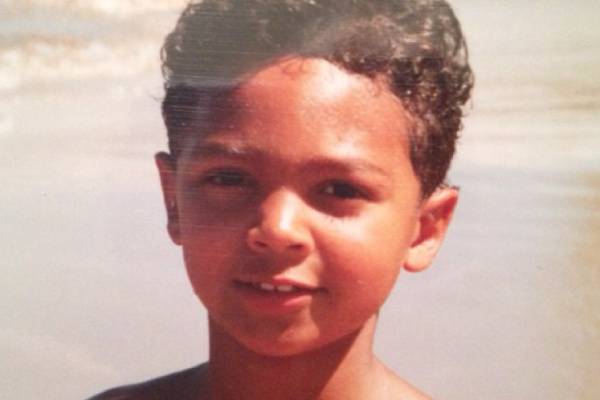 Seth Jones was raised in an athletic family and developed an interest in inline hockey at a young age. Image Source: Seth Jones Instagram.

Although Seth Jones' parents are now divorced, the sportsman remains close to his family. His father is also an assistant coach who mentors and assists the athlete in improving his performance.

Similarly, Jones' mother is supportive and proud of her children's achievements. The player frequently shares photos of his mother with sweet messages, implying that the mother-son duo is close.

The athlete began showing interest in ice skating from an early age. So when Seth's brother Justin came home one day and informed him about a friend who had told him about ice skating, Seth became interested in the sport.

Consequently, Jones' dad enrolled his children in skating lessons, and he began playing hockey at the age of five. Furthermore, when their father took them to witness the Avalanche play in Game 7 of the 2001 Stanley Cup Finals against the New Jersey Devils, Seth, who was only six, and his siblings became utterly captivated with hockey.

Who would have thought that the young kid would one day play and win multiple games for America?

Prospering Career As A Hockey Player

Seth Jones began his hockey career at a young age, as previously stated. He used to play in local teams and tournaments before deciding to join the National Team Development Program ( NTDP). He did, however, play in the Western Hockey League before joining the NTDP.

Jones was a part of the NTDP's under 17 and under 18 teams during his first season. In addition, he was the U-17 team's co-captain, and he remained so the following season.

After his second season, the sportsperson decided to play his draft year with the Portland Winterhawks. While playing for Portland, Jones was ranked as the top prospect among North American skaters by NHL Central Scouting at the season's halfway point. In addition, he was ranked first overall by International Scouting Services.

Despite his ranking, the player got selected as the fourth pick by the Nashville Predator in the 2013 NHL draft. Jones eventually signed a three-year entry-level contract with them, thus beginning his journey to a professional hockey career.

Jones made his NHL debut on October 3, 2013, against the St. Louis Blues. The hockey player played and made significant progress as a member of the Predators. However, after the termination of his contract, Jones was traded to the Columbus Blue Jackets on January 6, 2016. 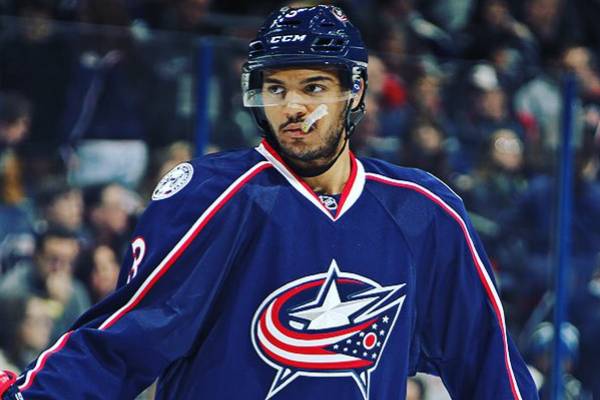 Seth Jones began his hockey career as a teenager and has progressed significantly since then. Image Source: Seth Jones' Instagram.

Unfortunately, the athlete was placed on an injury reserve during the 2016–17 season. After missing six games, Jones was removed from the reserve and was allowed to play again. By the end of the season, the sportsperson had successfully made a notable improvement in his performances. And during the 2017–2018 season, Seth was considered one of the Blue Jackets' top defensemen.

All of the athlete's hard work did not go unnoticed, and soon Seth Jones was selected to represent the Metropolitan Division at the 2018 NHL All-Star Game. But, unfortunately, he could not make it to the division due to illness, and Zach Werenski replaced him.

From there on, Jones went on to play many games and, on July 23, 2021, was traded to the Chicago Blackhawks in exchange for Adam Boqvist.

In addition to his professional career, Seth Jones has represented and won medals for America in several international matches. Some of his significant accomplishments with the national team are listed below:

Seth Jones's hockey career began when he was a teenager and has made remarkable progress since. Even though the athlete has built a solid reputation in his short career, he still has a long way to go. Let us hope that the celebrity prospers at what he is best at.

Seth Jones Net Worth And Earnings

For almost two decades, the athlete has performed in the sports industry. As a result, Seth Jones' net worth is largely derived from his successful and long career as a professional hockey player.

Seth has won countless matches over his career and secured incredible deals and collaborations with various brands. As a result, the athlete must have amassed a sizable wealth.

Even though Jones prefers to keep his profits to himself, he has signed some incredible deals with teams that have undoubtedly improved his income.

Jones signed a long-term agreement with the Columbus Blue Jackets on June 29, 2016, signing a $32.4 million contract to stay on the team for six years. Similarly, on July 28, 2021, the player signed a $76 million contract extension with the Blackhawks.

As previously stated, the athlete has worked in the sports world for a long time and has acquired a decent salary. The following is a list of Seth Jones' yearly estimated earnings, along with the relevant teams and years:

Furthermore, the professional hockey player has won numerous matches and medals throughout his career. He has won two gold medals in the IIHF U-18 World Championship and one gold medal in the IIHF World Junior Championship.

Considering how big of an event the World Championship is, the American hockey player must have received a significant amount of prize money.

Apart from his earnings from his professional career, Seth Jones' net worth also includes income from deals and partnerships. For example, in September of 2021, the athlete announced his partnership with Uncle Bud's Hemp & CBD to promote cruelty-free products.

Similarly, he has also partnered with Quorn USA, a company that sells meat-free super protein naturally high in fiber, soy-free & non-GMO. In addition, Seth is also the ambassador of a company name D30. All of these sources must have significantly boosted the athlete's fortune. 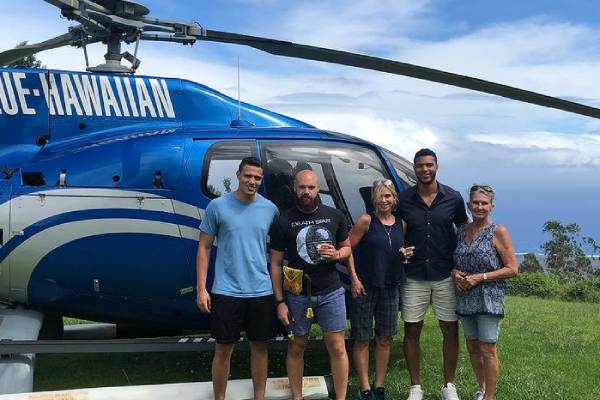 Along with his earnings as a hockey player, Seth Jones' net worth also includes the sum he receives from brand endorsements. Image Source: Seth Jones Instagram.

Due to his impressive wealth, the player lives a luxurious lifestyle in his lavish home in Columbus, Ohio. Jones is often seen partaking in extravagant activities alongside his family. Therefore, Seth Jones' fortune is clearly sufficient for him to live life to the fullest.

The athlete has built a reputation for himself in his brief career, but he still has a long way to go. Nevertheless, Jones could earn an even bigger name for himself and surpass his current fortune at some point in the future.

Who Is Seth Jones' Girlfriend?

Many people are intrigued to know about Seth Jones' girlfriend because he is a well-known sports personality. However, the athlete has kept a low profile in terms of his personal life. Despite this, he hasn't been able to avoid media speculation about his love life.

In the past, Augusta Price was linked to the popular hockey player. However, even during their time together, the now ex-couple was very private about their relationship. Jones did, nonetheless, share a picture of his former girlfriend on Instagram. Unfortunately, the athlete deleted the photo and unfollowed Augusta on Instagram after their breakup. 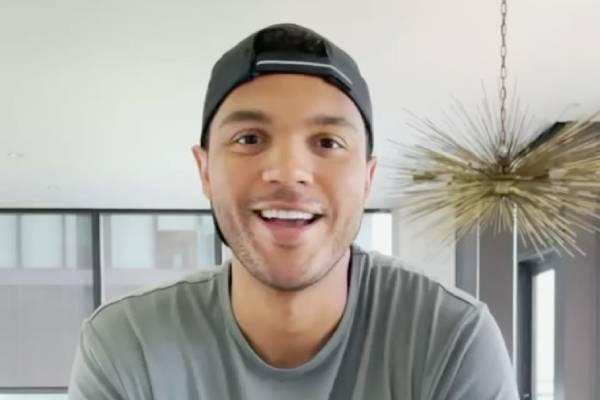 Seth Jones looks to be preoccupied with his career than with being in a relationship. Image Source: Seth Jones Instagram.

Following the separation, the sportsman appears to be more concerned with his career than beginning a new relationship. As a result, Seth has remained single for the time being, avoiding recent relationship rumors.

Nonetheless, Seth Jones will find the love of his life sooner or later. When he does find the one, we hope that the player will not be hesitant to share the news with the public.

However, as mentioned above, the athlete is very private about his love life, so it might be a while the public finds out about Seth Jones' girlfriend.