Trevor Wittman is widely regarded as one of the top coaches in mixed martial arts. Photo Source: Social Media.

Over the last couple of decades, MMA has evolved into one of the most loved sports worldwide. According to Nielsen Sports DNA, MMA is the third most popular sport, with over 451 million people watching.

Top athletes in MMA like Frank Mir, Felice Herrig, and many more have helped popularize the sport among generations. However, besides fighters, trainers are also the ones that contribute to the success MMA has had.

Trevor Wittman is one of the most successful trainers in the professional fighting scene, producing many talented boxers and MMA athletes. So today, we will uncover Wittman's biography and discover the hurdles he crossed to become a revered name in MMA.

Growing up in Denver, Colorado, Trevor rarely envisioned himself coaching boxers and MMA athletes. Instead, he was fond of ninjas and wanted to experience karate firsthand. So, it did not take him long to sign up for local karate classes, where he learned the basics of combat sports.

Born on 5th March 1974, little Trevor grew increasingly intrigued by boxing after his first couple of karate classes. It was then that he decided to check out a local boxing gym to try out his striking skills. At the time, little did he know how this decision would transfigure his entire life. 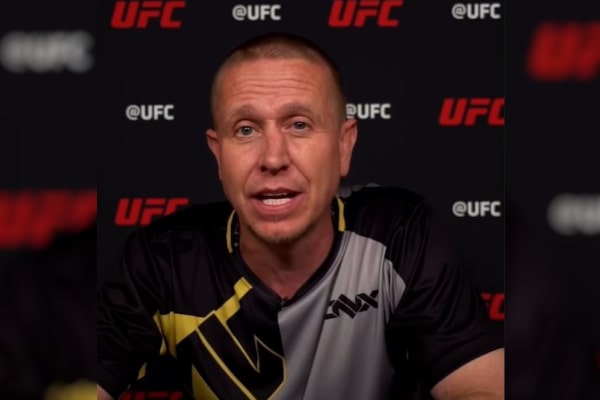 Even though Trevor Wittman started training in karate, he later devoted his time to boxing. Photo Source: Social Media.

Although his first visit to the gym was not pleasant, the MMA trainer returned with much more determination a month later. Trevor Wittman's parents, who have remained anonymous over the years, must have supported his choice when he grew passionate about boxing. In one of the interviews, Trevor has also mentioned his brother, Trent Wittman, who stood by his side from the beginning.

During his childhood years, Trevor Wittman's father was in charge of the grand openings of all the Home Depot stores around the country. Consequently, the Wittman family moved around a lot. This contributed to improving his social skills, making him more appealing to people.

Trevor Wittman's Transition From A Fighter To A Coach

Trevor started his career in combat sports when he was still studying at the Colorado Institute of Art. However, his dream of enjoying glory as a professional fighter didn't last long. During one of his boxing matches, Trevor got severely injured. Later, doctors diagnosed him with hyperinflated lungs and declared him unfit to fight.

However, having always dreamt of making it to the big arena, Wittman did not want to stray far from boxing. He then transitioned into training boxers and opened up an institution called T's K.O. Boxing in Colorado.

Verno Philips, a former Belizean professional boxer, was one of the earliest members of T's KO Boxing Club. The athlete went on to win three junior middleweight championships under Trevor's mentorship. Similarly, Manuel Perez, Juan Carlos Candelo, and DeAndrey Abron are some of the notable boxing figures trained by Wittman.

Trevor started to get more mainstream recognition as his fighters dominated the ring and lifted several championship titles. And when the legendary Muay Thai fighter Duane Ludwig stepped on Wittman's front door, asking Trevor to train him for the upcoming fight against three-time UFC winner Jens Pulver, the Denver native had no choice but to hop into the MMA scene.

Let's watch a short video where Trevor and his fighter share insights about their training camp:

As time went by, Wittman started to have more success in MMA, and with it came an influx of fighters willing to train under him. Consequently, he closed T's KO boxing and established the Grudge Training Center facility. Some of the eminent MMA athletes coached by Trevor are Rose Namajunas, Justin Gaethje, and Kamaru Usman.

In April 2021, Justin even went up against Irish fighter Conor McGregor on Twitter, defending his coach. The online feud began when McGregor bashed Trevor Wittman's gloves and criticized him for not having any professional MMA experience. Gaethje retaliated by trashing Connor's produced gloves, referring to them as "garbage."

After that, Ali Abdelaziz, an Egyptian-American MMA manager, chimed in, claiming that Trevor could put Connor to sleep in a fight. Since then, there have been no further developments, and the situation appears to have simmered down.

Trevor Wittman Net Worth And Earnings

Widely regarded as one of the best fighting coaches on the planet, the Denver native must have earned a hefty sum of cash through his endeavors. However, as he was forced to transition into coaching at just the age of 21, most of Trevor Wittman's net worth comprises his salary as a trainer.

Over a two-decades-long journey as a coach, Wittman opened up two gyms and produced several talented athletes. Even though he has yet to discuss his income publicly, Trevor must have earned a considerable amount of money for his training services. 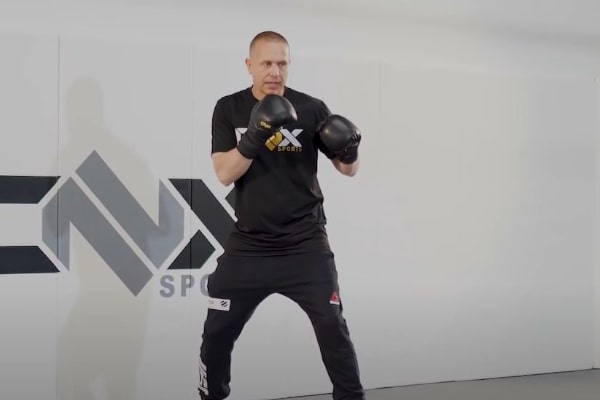 Trevor Wittman has likely made a substantial profit from his training gyms. Photo Source: Social Media.

In November 2021, Justin Gaethje even urged Dana White, the current president of the UFC, to give Trevor a performance bonus after the conclusion of the UFC event. Trevor's all three fighters emerged victorious at the event. In addition, Justin clarified that Trevor would get some amount out of his purse. His remarks inform us that a certain percentage of the fighter's earnings also contribute to Trevor's wealth.

Trevor's Earnings As An Entrepreneur

Having worked previously in making training equipment for fighters, Trevor opened his own combat sports equipment company ONX Sports, in 2015. A year later, in November, he even shut down the Grudge Training facility to concentrate more on his venture. After that, he has only trained a few selected athletes.

Trevor Wittman's gloves and apparel are well-liked among beginners and professionals alike. His company sells a wide range of equipment meant to aid athletes on their road to glory. Some of the items available at ONX Sports, along with their prices, are listed below:

Thus, besides his earnings as a trainer, Trevor's riches are also heavily influenced by merchandise sales. And with many more years to come, Trevor Wittman's net worth will rise to newer heights.

Trevor Wittman Is A Proud Father Of Two

Despite all his success in the professional fighting scene, not much is known about Trevor's personal life. Moreover, he prefers to lead a quiet life and has not revealed anything that might hint us towards the romantic side of his life. Nevertheless, netizens have confirmed that Wittman has been married to former model Christina Wittman.

The duo has yet to comment on how they met or how the romance started between the two. Similarly, Trevor Wittman's wife, Christina, has remained tight-lipped over the years. Well, the husband-and-wife duo is parents to two lovely kids: daughter Marissa Wittman and son Terrence Wittman. 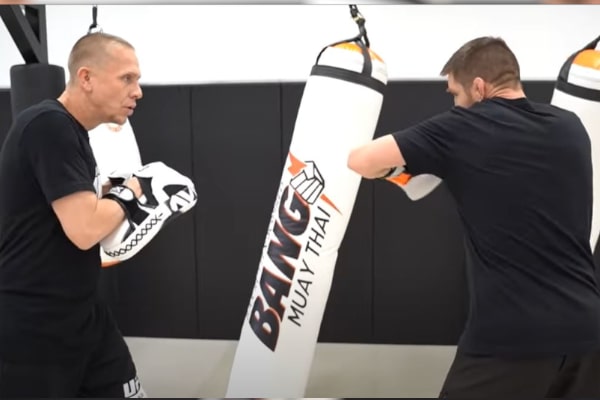 The revered MMA trainer often credits his spouse for improving his life for the better. Furthermore, Trevor Wittman's wife, Christina, has significantly supported him through all the tough times. In addition, Christina has done a commendable job of raising their two kids and looking after the gym.

Trevor is not the one to flaunt his intimate connections in front of the media. Consequently, not much is known about Trevor Wittman's children or wife. Well, we wish the Wittman family long-term prosperity and hope that the MMA trainer will make us privy to his love life in the upcoming days.