American mixed martial artist, kickboxer, and Muay Thai fighter, Felice Herrig started her fighting career in 2009. She has been a part of numerous kickboxing tournaments, MMA fights and is currently part of the UFC (Ulitmate Fighting Championship). Herrig has also appeared on reality shows centered around female fighters.

As one of the most notable female fighters in the current UFC scene, the American kickboxer is known by many UFC fans. However, her personal life is doused with mystery. So, let's learn more about Felice Herrig's biography and her personal details, including her love life.

Felice Herrig was born Felice Nicole Herrig, in Buffalo Groove, Illinois, on September 8, 1984. Her parents are both artists, and Herrig's father, Kirk Herrig, even collaborated with her to publish a children's book. The popular fighter lost her younger brother to pancreatic cancer when he was just two. Even after going through such tragedy, Felice has come out the other side as a strong individual. 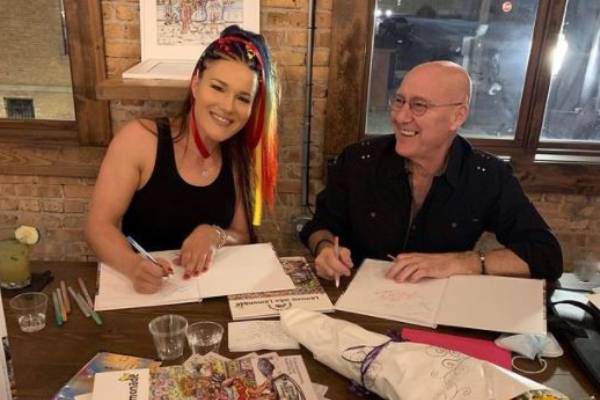 Having grown up in Buffalo Groove, Felice attended Buffalo Grove High School and graduated in 2003. According to Herrig, she grew up watching her step-father and brother practicing martial arts, but she only got involved after turning eighteen.

After graduating from high school, Felice Herrig took up a job at a salon in Wheeling, a village in Illinois. At the same time, she was also training at the Elgin Boxing Club under trainer Shannon States. While States was unwilling to train the young blonde girl, she kept showing up at the club, and after seeing her work ethic, he continued to train her.

Felice Herrig lost her first two fights but did not give up. She continued training and even left her job at the salon to turn pro in 2007. Since then, she has continued to fight in various tournaments and has secured titles.

Felice Herrig started her kickboxing career under the name Lil' Bulldog in the mid-2000s. She trained as a Muay Thai boxer and won the Muay Thai United States Bantamweight Title in November 2008. She defeated her opponent, Katie Meehan, by a unanimous decision.

Herrig continued her kickboxing career and has a record of 23-5. She has also won the International Kickboxing Federation Open Tournament twice and participated in the World Combat League.

At the beginning of her career, Felice Herrig was among the ten women who appeared in the reality tv-show, Fight Girls. She was selected to fight in Bangkok, where her opponent was a champion Thai fighter. She won the fight and, through this show, developed a strong friendship with fellow MMA fighter Gina Carano.

Felice Herrig was also chosen to appear on another reality show called the Ultimate Women Challenge. However, the show did not air, and Herrig went on to compete against various opponents inside the ring. She fought Michele Gutierrez, Amanda LaVoy, Barb Honchak, Andrea Miller, and several other fighters and won many of the fights.

Then in August 2013, Herrig signed a multi-fight agreement with Invicta Fighting Championship. However, she only faced Tecia Torres as a part of the deal and went on to sign with UFC in December 2013.

After signing with UFC, Herrig joined ten other strawweight fighters to compete in the 20th season of The Ultimate Fighter. She defeated Heather Jo Clark by unanimous decision but lost to Randa Markos in the quarterfinal round by submission. Felice Herrig's first fight after The Ultimate Fighter was at The Ultimate Fighter: A Champion Will Be Crowned against Lisa Ellis.

Felice Herrig won her first fight after The Ultimate Fighter and has since faced numerous other opponents. Given below are the details about the fights and Herrig's opponents:

According to the statistics provided by UFC, throughout her fights, Felice Herrig has had 31% grappling accuracy and 37% striking accuracy. While her last three fights did not end up in her favor, Herrig is still one of the most recognizable faces in the current UFC scene. And maybe in the coming days, we might see the fighter be the Strawweight champion.

As one of the notable female fighters in the UFC world, Felice Herrig's net worth mostly comprises of her earnings from the fights. To date, she has fought opposite twenty-three opponents and has pocketed a significant amount from it.

According to Sports Daily, Felice Herrig's career earnings after the UFC 257 event is $381.5K. She is yet to be counted among the top-earning female fighters, but she might clinch the top position in the coming years.

Apart from her fighting career, Felice also earns a considerable sum from endorsement deals and book sales. She has used her Instagram page to advertise various supplements, packaged meals, and other products. She has also showcased few clothing brands, and the amount she earns for these sponsored posts has undoubtedly increased her total net worth. 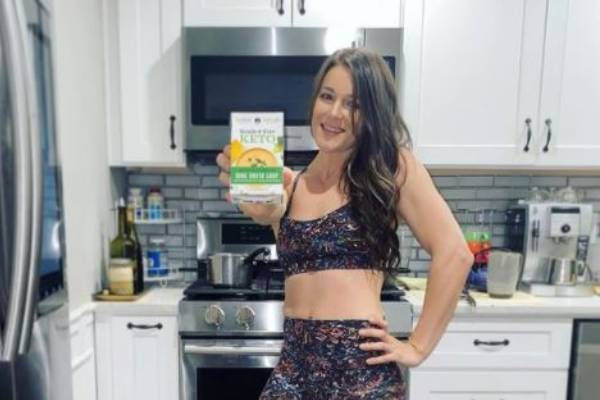 Also, Felice collaborated with her father to publish a book titled, The Lil' Bulldog, Lemons into Lemonade. Herrig's father, Kirk, was the illustrator of the children's picture book, where the UFC fighter wrote the story. It is available on Amazon and is priced at $18.99 for a paperback version. Sales from this book must have helped increase Felice Herrig's earnings. 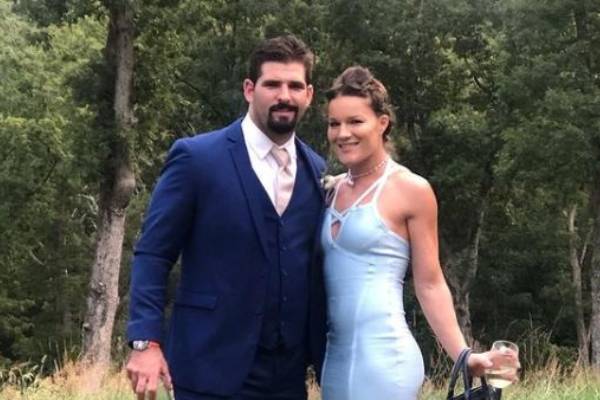 Felice Herrig is currently in a relationship with Patrick Wenzel, but has not shared any information about her boyfriend. Image Source: Felice Herrig's Instagram.

While it is unclear when and where the pair met, Felice and Patrick's relationship seems to be going strong. They moved to a new house in December 2019, and Wenzel was by Herrig's side while she recovered from knee surgery.

Let's hope we get to know more about the man who stole the famous fighter's heart in the coming days.