Francisco Santos Mir III, also known as Frank Mir, is a professional MMA fighter with black belts in Kempo Karate and Brazilian jiu-jitsu. Frank was a formidable competitor in the Ultimate Fighting Championship for sixteen years and has been the UFC Heavyweight Champion twice. He is among the best heavyweight fighter in all of UFC history with 14 victories.

The MMA legend was also the first man to knock out former UFC Heavyweight Champion Antonio Rodrigo Nogueira. He has also appeared in Hollywood movies such as Brass Knuckles, Gunshot, and Force of Execution. Let's know more about Frank Mir's biography and details about his career.

Frank Mir was born on May 24, 1979, in Las Vegas, Nevada. His father, Francisco Santos Mir, was a Cuban-born wrestler of Moroccan and Russian heritage. Frank Mir's father convinced him to learn wrestling to help him avoid submission in fights. He watched his first UFC match with his father at the age of fourteen.

Frank attended the Bonanza High School and was part of the wrestling team in his junior year, where he lost his first nine matches. However, the fighter went on to win the state championship in his senior year. The wrestler also played fullback and defensive end on the school's football team. The team reached the Southern zone semifinals in 1997.

He trained Brazilian jiu-jitsu with Ricardo Pires for five years and received his black belt. In 2004 Frank Mir defeated Tim Sylvia in a UFC 48 event. Frank Mir worked as a bouncer at the Spearmint Rhino Strip club in Las Vegas and continued to work as director of Security even after entering the UFC. Apart from his fighting career. Mir also worked for the World Extreme Cagefighting as a color commentator.

Frank Mir made his professional debut against Jerome Smith on July 14, 2001, and won after two rounds. The fighter went on to secure a win against Dan Quinn at IFC Warriors Challenge on August 31, 2001. He made his UFC debut on November 2, 2001, defeating the ADCC Submission Wrestling World Champion Roberto Traven. The wrestler appeared in several UFC events with other fighters like Pete Williams, Ian Freeman, David Abbott, and Wes Sims. His only loss was against Freeman.

The professional fighter was injured after a motorcycle accident on September 17, 2004. The accident caused Frank to miss his scheduled fight with Andrei Arlovski and was stripped of his title, promoting Arlovski to an undisputed UFC Heavyweight Champion. After returning to the octagon, Frank lost to Marcio Cruz, a six-time World Jiu-Jitsu Champion. He was then matched with Brandon Vera at UFC but lost again. Frank attributed his weak performance in the ring to his health issues following the accident. However, Frank Mir won the fight against Antonio Hardonk, his first after returning from his accident.

In 2008, Frank Mir and Antonio Rodrigo Nogueira were the coaches for the Ultimate Fighter's eighth season, which featured numerous fighters.

On February 2, 2008, Frank was matched with former WWE wrestler Brock Lesnar. The fight ended with Frank's submission in the first round. The duo faced off again in July 2009 at UFC 100 after months of hype and trash talk from both sides. Frank Mir lost again as Lesnar controlled much of the fight and landed heavy punches on Frank. The referee called the fight off in the second round, and Lesnar went on to verbally thrash Frank Mir over his defeat. Furthermore, the Jiu-jitsu black belt wished death over his UFC rival Brock Lesnar but later apologized for his words.

Frank Mir lost four consecutive matches in the UFC to Junior Dos Santos, Daniel Cormier, Josh Barnett, and Alistair Overeem from 2012 to 2014. He participated in the Bellator 231, 212, and 198, losing two of the matches before finally winning against Roy Nelson by unanimous decision, after which he ended his fighting career.

Frank Mir is considered one of the greatest MMA fighters of UFC. The professional fighter has a huge fan following and a respectful position among the UFC professionals. According to Celebrity Net Worth, Frank Mir has an estimated net worth of $11 Million. He had worked for the UFC for 16 years and earned millions during his prime time. 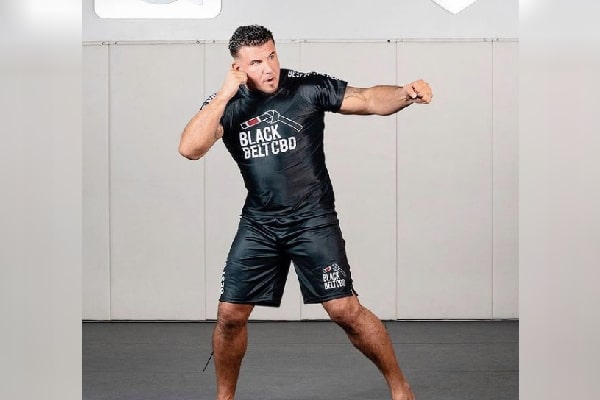 Frank Mir is one of the richest MMA fighters in the world with a net worth of $11 million. Image Source: Instagram/thefrankmir.

Frank also signed endorsement deals with XYIENCE energy drink, CBD American Shaman, and many other brands. He also has his own merchandise like t-shirt and hoodies for sale on his websites and runs a podcast called Phone Booth Fighting where the fighter discusses the latest news in MMA with MMA broadcaster and comedian Richard Hunter. According to Wealthy Gorilla, with various income sources, Frank Mir sits in the Top 15 richest MMA fighters with his vast fortune.

Frank Mir is married to Jennifer Mir. The lovely couples exchanged their vows in September 2004 after dating each other for a long time. The pair are happy with their marriage and are still very much in love. The duo is blessed with three children whose names are Isabella Mir, Ronin Mir, and Kage Mir. 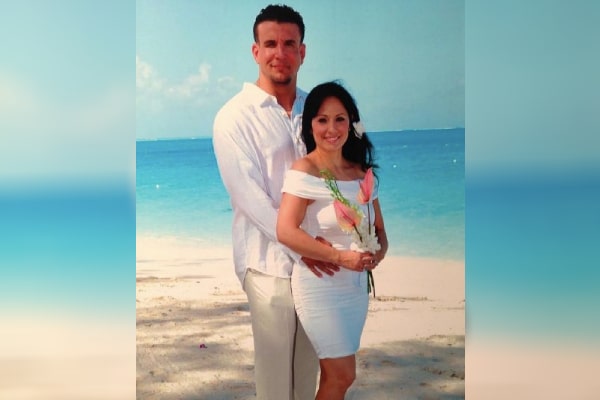 Frank Mir has been married to Jennifer Mir since 2004. Image Source: Instagram/thefrankmir.

Frank Mir's daughter, Isabella Mir, has decided to follow in her father's footsteps. She has already won two matches since her pro-MMA debut and has surely inherited her father's fighting genes. While his daughter is taking her career upwards, Frank's son Kage Mir is a football player for Vegas Strong Youth Football Team, which won the U14 National Championship.

Looking through Frank Mir's Instagram, we can see that the retired professional fighter is very close with his children. He is now training his daughter to be as great as he was during his career. Let's hope we get to see Isabella taste similar success as her father.