Hayder Hassan, also known as Hulk, is an American mixed martial artist of Iraqi descent. He is known for his participation in various fighting sports events such as UFC, Strikeforce, Titan FC, King of the cage, and the extreme fighting championship. He competed in the Brave Combat Federation, held in Kyrgyzstan, and was a finalist on The Ultimate Fighter after winning the first three matches.

The MMA fighter is also known for defeating former world title contender Joe Stevenson by knockout on The Ultimate Fighter: Redemption. Though Hassan started his career in 2009, he quickly rose to become a known fighter with nine wins and four losses in his professional MMA career.

With such a riveting story behind his career path, many of his fans are dying to learn about his life and professional achievements. So, let's know more about Hayder Hassan's biography and details about his profession.

Hayder Hassan was born on October 20, 1982, to parents Shatha Atiya and Redha Hassan. His parents were both immigrants from Baghdad, Iraq, who moved into the United States in 1977 to make life better for their children. He was raised in Fort Lauderdale, Florida, with his brother Mehdi Hassan. He went to Cardinal Gibbons High School, where he engaged himself in wrestling and football.

Hassan attended Florida State University to study medicine, following in his parent's footsteps. His mother, Shatha, is a psychotherapist, while his father, Redha, works as a physician. The wrestler recalls his parents' hard work to raise him and his brother in a good environment and is very grateful for their support.

Hassan was not a born fighter but an overachiever in college. Despite having a well-paying job, he was not happy with his life nor his work and decided to pursue mixed martial arts and dedicated himself to becoming a strong fighter.

Hassan previously worked for a pharmaceutical firm's sales department, which he left to pursue his dreams as a fighter. He believed he could no longer carry the name Hassan, who was the bravest warrior In his religion who protected the prophet without living up to the character. So to earn the name, Hayder became a fighter.

The Hulk participated in the 21st season of the reality show The Ultimate fighter, representing American Top Team against Blackzilians in a gym versus gym series. He defeated Andrew Nakahara by a technical knockout in the first round, followed by another win against Felipe Portela. Hassan went on to face his third opponent Vicente Luque and won. He reached the finals but lost to Kamaru Usman, who received $20k, including a $10k bonus for winning. Hayder Hassan also received $10k despite his loss. 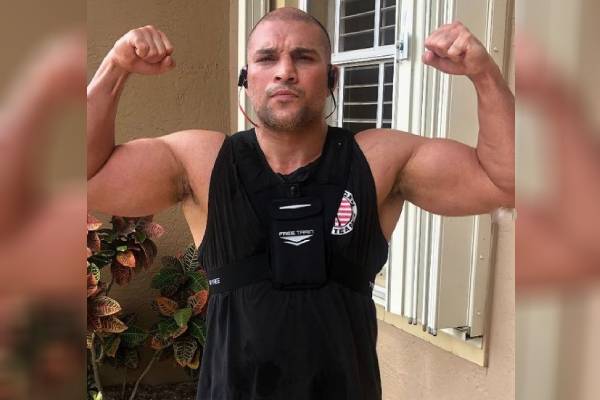 On July 12, 2015, Hayder Hassan made his professional debut with the Ultimate Fighting Championship. He fought his first match against Kamaru Usman at the Ultimate Fighter 21 finale but lost by submission in the second round. The mixed martial artist lost his second fight against Vicente Luque, whom Hassan had defeated during The Ultimate Fighter event in the first round and was released from the promotion.

Hayder Hassan competed in the Ultimate Fighter: Redemption in 2017. He lost his first match against Dhiego Lima but won his second against former world title contender Joe Stevenson in the wildcard round. He fought against Roger Huerta in the Phoenix Fighting Championship 4 but lost the match.

Furthermore, Hassan trained himself further and competed in many championships around the world but could not compete against strong opponents. He fought against names like Pavel Kusch in UAE, Hemant Wadekar in Mumbai, and Movsar Bokov in China and won all three matches. His last fight was against Carl Booth in the Brave Combat Federation on December 14, 2019, which he lost by decision. 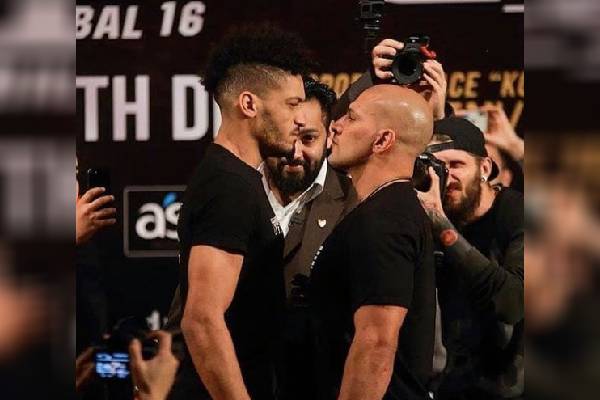 Throughout his fighting career, which started in 2009, the American fighter may have earned a significant amount of money. According to the Sports Daily, the boxer earns $20k per match, excluding win bonuses, but Hayder Hassan's net worth has not been disclosed yet. Many sources have estimated Hassan's net worth to be over $1 million. Though the information does not seem accurate, we can be sure that fighting has helped him accumulate a lot of wealth and will continue to increase.

Hassan also earns a large sum through his endorsement deals with companies like Protein2o and Free train. He shares and supports their products over his social media handles.

Hayder Hassan has not shared any details regarding his relationship. He is not married and has not disclosed any plans regarding his nuptials either. However, seeing as he is a handsome man, that may change in the future. Let's hope Hayder will find his partner/wife soon.