Herb Dean is one of the most awarded MMA referee in the history. Photo Source: Herb's Instagram.

Mixed Martial Arts referee Herb Dean is a well-known personality in the world of MMA. He began his journey as a fighter and worked as a referee upon retirement. Moreover, the martial artist is also a coach who professionally trains other MMA fighters.

The fighter's long career in refereeing and MMA has not been the most delightful. From awards to heavy criticism, Herb Dean has received them all. Yet, despite all the complaints, the referee still pushes on and has proved why he is the Gold Standard in MMA referees.

Here is a short biography about "The Predator" Herb Dean.

Herb Dean was born in Pasadena, California, on September 30, 1970. The UFC fighter is quite private about his personal life. Although he has posted a few pictures of himself as a child with his father, Herb has refrained from revealing his father's name. 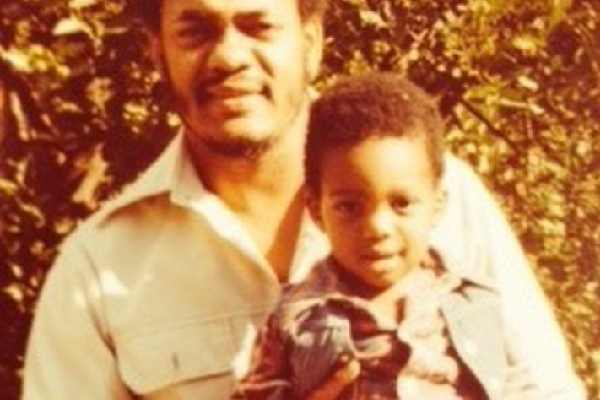 Herb Dean's father has been highly supportive of his career and interest in martial arts. Photo Source: Herb's Instagram.

Ever since a young age, the fighter had been fascinated with wrestling and martial arts. Herb Dean began to train martial arts at the age of nine professionally. It was clear to the legendary referee's parents that their son would make a career in martial arts. And they were very supportive of his dreams.

Training in martial arts throughout one's pre-teens and teens is not a feat achieved by many. But, The Gold Standard referee Herb Dean did precisely that. Years of relentless training left him with an extreme level of passion and thirst to fight.

Yet, despite his years of experience in martial arts, he did not participate in any fighting championships until 2001.

Brief Career As A Fighter

After years of training in martial arts, Herb Dean decided to start fighting professionally. The martial artist took part in his first-ever professional fight in 2001 against Randy Halmot, which he won.

The now-referee went on to fight other martial artists too. He has won a few of his fights but also lost a fair amount.

Here is a list of Dean's fights and their results.

Although his fighting career was short, Herb Dean's legacy is not anything forgettable. The retired fighter kept his love for MMA alive and is now a referee.

Herb Dean As A Referee

Due to his immense love for the sport, the athlete decided to continue working in the field as a referee. As a referee in the MMA, Herb Dean has to ensure the safety of the fighters and minimize the damage as much as possible. Due to the rough nature of the sport, it is the responsibility of a referee that the opponents come out without much life-altering damage.

Over the years, Herb Dean has refereed over 5,700 professional MMA matches around the world. It is no small feat. But, with a career spanning almost two decades, it is a commendable achievement.

His role as a referee has received as much praise as it has criticism. The referee's quick thinking has saved many fighters from receiving bad injuries and has stopped bad injuries from getting worse. Many fighters, including Tim Sylvia and Mirko Cro Cop, have even acknowledged Herb stopping the match early prevented them from having extreme injuries.

On the other hand, Herb Dean met with criticism due to his late stopping in the bout between Khalid Murtazaliev and C.B. Dollaway. The Twitterverse was mad as the referee did not stop the match in time despite clear signs that Dollaway was heavily suffering. In another incident, UFC president Dana White criticized the athlete for declaring Ben Askren as the winner in the UFC 235.

Any field of work comes with appreciation and depreciation. Similarly, despite the heavy criticism, Herb Dean has been named the Gold Standard in MMA referees. Moreover, he has won The Referee of the Year award by Fighter's Only Magazine's World MMA Awards numerous times. In addition, for five years in a row, from 2010 to 2014, he was undefeated.

Herb Dean Net Worth And Earnings

Celebrated mixed martial artist referee Herb Dean has been in the spotlight for years. Being the most prominent and most beloved referee in the MMA scene has allowed him to become one of the wealthiest referees alive. Celebrity Net Worth has estimated Herb Dean's net worth to be around $1.5 million.

The retired fighter lives a comfortable life with his wife and family. Herb Dean has provided a good life thanks to the excellent salary he makes from his career. As an MMA referee, a professional can earn between $750 to $2,500 per fight.

As a highly regarded referee himself, it has been estimated that Herb Dean makes between $250,000 and $550,000 a year. He reportedly pockets $1000 per match and $15,000 during the PPV match. An amount that massive is undoubtedly more than enough to keep a family happy.

The awarded referee teaches the enrollers and shows them the ethics, scoring criteria, and guidelines in both theoretical and practical formats. One can easily book the classes on his website. 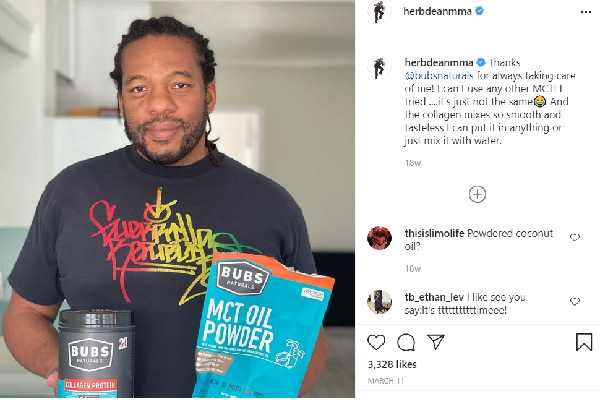 Herb Dean has been a partner and the face of multiple brands including Bubs Natural and earns a massive sum. Image Source: Herb's Instagram.

Furthermore, with thousands of fans all over the globe, Herb Dean has been sought after by many. But, unfortunately, not everyone can meet their idols. So, to reach more of his fans, Herb has opened up a Cameo account where he posts personalized recorded videos. But, unfortunately, the martial artist's personalized video is not easy to afford for all as he charges upwards of $135 for them.

Last but not least, The Predator has had some brand endorsements. One of which is by collagen and MCT oil company Bubs Natural. Herb Dean has claimed to love the products, and its all-natural elements are said to have helped him in his very fit lifestyle.

Is A Family Man

A devoted husband and a doting father in one is what most women desire. Herb Dean's wife, Victoria Dean, was lucky enough to have a husband who meets the above criteria. Although the loving couple has preferred to keep the details of their love life on the down-low, the MMA star referee often posts loved-up snaps of the two together.

Despite years of marriage, the duo has maintained a romantic relationship filled with love and affection. 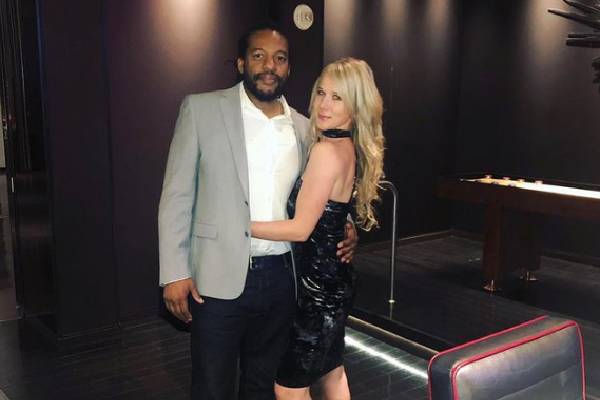 Herb Dean has stated that he loves to spend his free time with his wife and children. The retired fighter is a family man and makes as much time for his family as possible. The doting father has always worked his best to maintain the privacy of his loved ones. Apart from a picture or two, the public has not seen much of Herb Dean's children.

The athlete did reveal the name of his daughter Ashanta Dean in a 2014 Instagram post. However, she has not been mentioned since. In addition, he also has a son named Quinn Dean who also prefers privacy.

Herb Dean has come a long way since his childhood training days in martial arts. However, the highly talented martial artist still has a lot of fire left within him and wants to share it with as many people as he can. There is no stopping "The Predator" with a long way to go, and we wish him the best in his endeavors.