Born in São Paulo, Brazil, Mario Yamasaki is a professional mixed martial art referee who has been licensed in many states. However, he is mostly recognized for his duties with the Ultimate Fighting Championship (UFC). Apart from his profession as a referee, he is also a chief instructor and founder of the International Yamasaki Academy.

There's no doubt that Mario has achieved significant success professionally. Talking about his personal life, he is in a blissful marriage and has two lovely children with his dear wife. So now, let's learn more about Mario Yamasaki's biography and professional life.

As mentioned before, Mario is of Brazilian nationality as he was born in São Paulo, Brazil, on the 22nd of April, 1964. He is one of four children of his mother, Dona Laura Yamasaki, and his father, Shigueru Yamasaki. He grew up in his hometown with his three siblings, Solange Yamasaki, Eliana Perry, and Fernando Yamasaki. His family has been involved in martial arts for two generations. 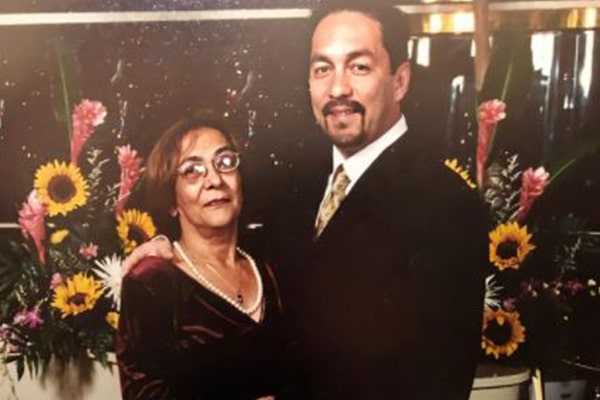 Mario's father, Shigeru Yamasaki, is a half-Japanese and an 8th degree Red/White belt in martial art. Furthermore, as a child, he and his brother began training under their father and uncle, Shigueto Yamasaki.

Sadly, Mario's mother passed away in February 2019, at the age of 81. Similarly, he lost his uncle, Shigueto, in January 2021. Having grown up in a family involved in martial art might have inspired Mario to pursue his profession.

As stated earlier, Mario Yamasaki began training in Judo at an early age under his father and uncle. He has a black belt in Judo. At the age of 22, in 1986, under 5th-degree black belt holder Marcelo Behring, Mario began training in Brazilian jiu-jitsu at the same gym where he taught Judo. However, his training under Behring lasted for only a short time, as he moved to the United States. But, he used to travel frequently back to Brazil to continue his training with Behring. Moreover, after Marcelo switched gym, Mario continued his training under his brother. His brother had started training under Roberto Lage and Otavio de Almeida.

Mario and his brother organized their first event, UFC Brazil: Ultimate Brazil, in São Paulo, and that's when he became affiliated with the UFC. At that time, UFC was owned by Semaphore Entertainment Group. After the event was completed, he spoke with UFC referee 'Big' John McCarthy to know if there were any referee positions available with the company. He was then told that it was looking for someone, marking the beginning of his career as an MMA referee.

Looking back at Mario's UFC career as a referee, one can see that he didn't do well back then.

In January 2012, during UFC142, Mario controversially disqualified Erick Silva for illegal blows to the head of Carlo Prater. After the bout, he was also criticized for making a bad decision by in-ring announcer Joe Rogan. He was again criticized by observers during UFC Fight Night: Machida vs. Anders, when he failed to stop a fight between Priscila Cachoeira and Valentina Shevchenko. This event happened in 2018, and he has not applied for any UFC refereeing jobs since. However, he has refereed a few other smaller organizations' events.

In 2021, Mario announced that he might re-enter an MMA cage as a referee. He mentioned that he is waiting for the pandemic to be over, and then he will start applying to the athletic commissions again. He also said that he would sign up for an online judging course, which is promoted by the California commission, so that they can stay up to date with new changes in regulation. We can hope that he receives significant success further in his career.

Mario Yamasaki Net Worth And Earnings

Mario has accumulated immense fame and fortune in his career. The wealth amassed comprises his income from matches that he has worked as a referee and other business ventures. Although the exact amount of his fortune has not been revealed yet, there's no harm to assume that Mario Yamasaki's net worth might be a huge sum. According to ZipRecruiter, a Brazilian Jiu-Jitsu instructor in the USA earns an average salary of $43,716 per year. Hence, he must have earned significantly over the years. 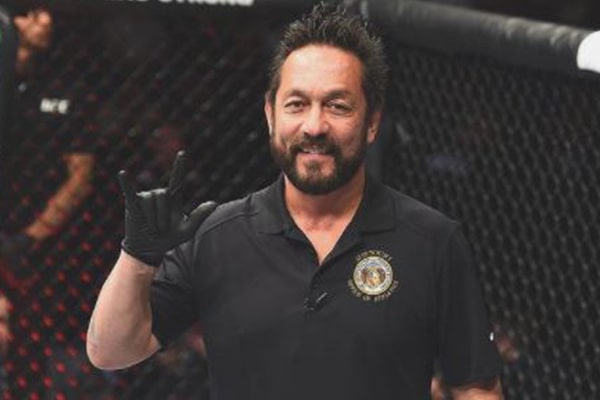 Well, Mario doesn't only earn from his career as a referee. In 1995, he opened the first Brazilian/Gracie Jiu-Jitsu School, Yamasaki Academy, in the DC area. Now, they have opened other schools and affiliated schools around the USA, the Dominican Republic, Brazil, and Europe. He must have benefitted from the academy as its founder and chief instructor. The popularity that he has gained in the martial arts sector has helped him receive several endorsement and sponsorship deals. He must have made a generous income through these deals.

Furthermore, Mario has also appeared in an episode of Edge of Desire.

All thanks to Mario Yamasaki's net worth, he is able to live a comfortable lifestyle. He lives a well-off life with his family in Maryland, United States of America.

As stated earlier, Mario Yamasaki shares a blissful marital life with his wife, Alessandra Yamasaki. The lovely pair of Mario and Alessandra tied the knot in June 2003. Since then, their marriage has always remained strong, and both of them are deeply in love with each other. Mario does not shy away from sharing his love and respect towards his partner via Instagram.

Despite the fame that he has gained, Mario Yamasaki's wife seems to be a private person. As a result, her Instagram is also private, and she might also share lovely pictures of them on her account. Although the information about how they met and details regarding their dating history has not been revealed yet, we can see that their bond is the same, and they are living a happy life.

Alongside that, Mario is a proud father of two children, a son and a daughter, whom he loves the most. Mario's spouse gave birth to their daughter, Sophia Yamasaki, on October 22, 2003. The lovely couple completed their family by welcoming their son, Lucas Yamasaki. Although the exact birth year of Mario's son has not been revealed yet, his father wishes him a happy birthday in June every year, and his Instagram description suggests that he is a teenager now. Nevertheless, Mario and his wife are raising their children with great love and care. 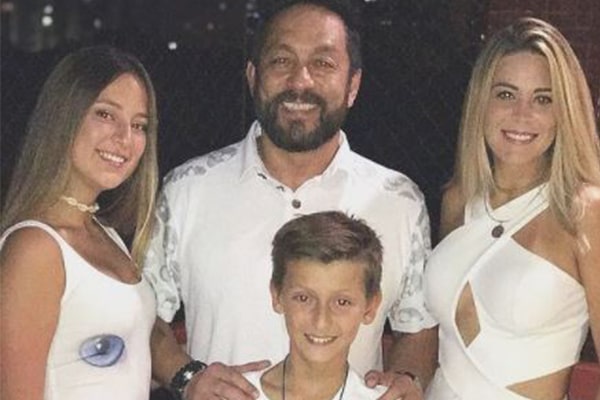 Mario's daughter, Sophia, graduated from high school in December 2017. She also seems to be in a relationship. They began dating in September 2018 and are still going strong. Sophia's boyfriend, Victor Schoma, is a racing driver and a DJ.

Speaking of Mario's son, he is also a sports enthusiast like him. Lucas is interested in several sports like surfing, skating, Futsal/Indoor Football, etc. Mario's children are also interested in martial arts and they all are doing good for themselves and are living their best life.