Todd McLellan is a Canadian ice hockey coach who is the head coach of the Los Angeles Kings of the NHL. Image Source: Social Media.

If you are an ice hockey fanatic, you must recognize Todd McLellan. Born Todd Andrew McLellan, he is a Canadian professional ice hockey coach who currently serves the Los Angeles Kings of the National Hockey League as the head coach. He also previously played as a center.

It might be the first time hearing about the head coach for some people. They may want to know more about him. Thus, let's get to learn more about Todd McLellan as we go through his journey from being a player to coaching some of the renowned ice hockey clubs.

The NHL coach was born to his parents in Melville, Saskatchewan, Canada, on October 3, 1967. Todd McLellan's father, Bill McLellan, was also involved in hockey and worked as a hockey scout for the Edmonton Oilers for a season. Aside from that, Bill also served in Royal Canadian Mounted Police for nearly four decades. Likewise, Todd's brother, Trent McLellan, spent twenty-four years with the RCMP.

As for his education, the former center has not revealed his high school alma mater. Moreover, he started his playing career during his childhood in the junior league with the Saskatoon Blades of the WHL in 1983. A few years into his playing career, he returned home to attend the University of Saskatchewan.

However, after studying at the USask for a year, McLellan went on to resume his playing journey with SIJ Utrecht of the Eredivisie in the Netherlands. During his time with the team, a new coach was hired, who moved in with him and made him a player-coach. Todd recognizes it to be the reason he became interested in coaching.

The Melville native has been heavily involved in the sport since the late 1980s. Throughout the years of his career as a coach, he has accumulated a hefty amount of money. According to Celebrity Net Worth, Todd McLellan's net worth is estimated to be $14 million.

Todd started his playing career in the junior league during his mid-teenage years. After playing with the Saskatoon Blades for about four seasons, he was drafted by the New York Islanders during the 1986 NHL Entry Draft in the fifth round. He competed in five NHL games and spent most of two seasons with the Springfield Indians, which is the Islanders' AHL affiliate.

After that, the sportsman started his junior coaching career in 1993 with the Battleford North Stars of the SJHL. In 1994, he became the head coach and the general manager of the Swift Current Broncos of the WHL. Since then, McLellan has embarked on a stellar professional career as a coach. In 2000, he was hired to coach the Cleveland Lumberjacks of the IHL, the minor league affiliate of the Minnesota Wild.

After the IHL ended in 2001, Todd and his staff were transferred to the Houston Aeros of the AHL, the Wild's new minor league affiliate. He led the Aeros to the Calder Cup in 2003. Then, in 2005, the Canadian professional was named an assistant coach for the Detroit Red Wings. Then, he was hired to become the head coach by the San Jose Sharks of the NHL in June 2008.

Furthermore, the one-time player also became the head coach for the Western Conference All-Star team. He parted ways with the Sharks in April 2015 and went on to coach the Canadian national team at the 2015 World Championship. Soon after, in May 2015, he was named the 14th head coach of the Edmonton Oilers of the NHL. McLellan earned around $3 million per season and became the highest-paid coach in NHL history at the time of his signing.

McLellan was relieved from his position by the Oilers in November 2018. Then in April 2019, he was named the head coach of the Los Angeles Kings of the NHL. Now, let's look at Todd McLellan's coaching records with the Kings in the table below.

According to CapFriendly, the ice hockey coach has signed a five-year contract and earns $5 million per season from the Los Angeles Kings. His pay includes a base salary of $3.5 million and performance bonuses worth $1.5 million per season. Looking at his huge income, it is no wonder that Todd McLellan's net worth is $14 million.

The NHL coach enjoys a blissful marital life with his partner, Debbie McLellan. Unfortunately, not much has been revealed about the latter to the public yet. It appears Todd McLellan's wife is a private person who prefers to lead a peaceful life away from the limelight. Debbie does have a Facebook account to her name; however, she has not made a public post since 2019. She also has not disclosed much information about herself on her SNS.

In addition, information about the pair's first encounter and for how long they dated has not been disclosed yet. Nevertheless, the couple is known to have tied the knot in 1992 and has been together ever since. Hopefully, we will learn more about Mrs. McLellan in the future.

Similarly, Jay Woodcroft is another NHL coach who is a family guy.

The former center is a doting father of his two kids, Tyson McLellan and Cale McLellan, who he shares with his wife, Debbie. Both of Todd McLellan's sons have grown up to be fine young adults. His eldest boy, Tyson, born on February 17, 1996, is also an ice hockey player who plays for the EVL Landshut Eishockey in the DEL 2. 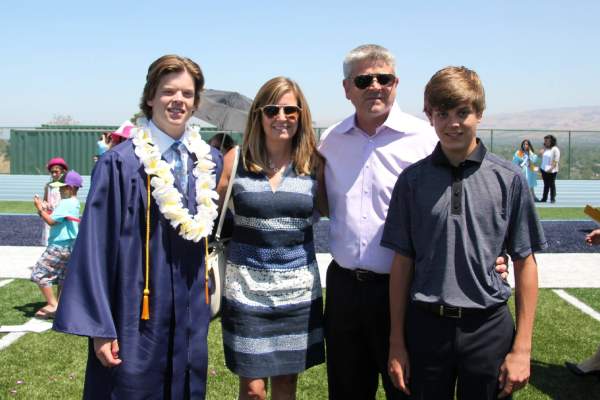 On the other hand, Todd's younger child quit the family sport at age 10. During his senior year in high school, he started trying to develop cellphone apps. Now, Cale attends the University of Colorado Boulder, pursuing a degree in business. Furthermore, he is the founder of 918 Order, a food and beverage mobile order app, and IN-HOUZ Consulting, an information technology company.

Overall, Todd McLellan appears to enjoy a pleasant life with his family. With his net worth of millions, he is financially stable as well. We wish him and his loved ones fun-filled life in the days ahead.