Pedro Grifol has been in the baseball arena for many years. Image Source: Amanda Grifol Instagram.

The term 'Visionary' ideally refers to Pedro Grifol, the current manager for the Chicago White Sox of MLB (Major League Baseball). He is a former American professional baseball player and coach who previously coached the Kansas City Royals of MLB.

Many sports devotees are curious to learn more about Pedro's personal life and accomplishments because he has worked in the sports industry professionally for many years. Therefore, this article focuses on the coach's life story covering all essential details.

The prolific coach was born Pedro Orlando Grifol on November 28, 1969, in Miami, Florida, U.S. He grew up in a loving and supportive household. Extremely religious at heart, Pedro Grifol's parents taught him that God is the No. 1 priority and one should place their hope in god. Also, while his dad went through cancer treatment, he made countless prayers in the church.

Besides, the athlete has been around baseball since the early age of four. Talking about his educational background, the Miami native attended Christopher Columbus High School, where he was named Florida high school baseball player of the year in 1988.

Later, for the Florida State Seminoles baseball team, Grifol played college baseball while attending Florida State University. Likewise, Pedro has also played collegiate summer baseball at the Cape Cod Baseball League. Other organizations he has played for are the New York Mets and the Minnesota Twins.

Pedro Grifol Net Worth And Career

Just like how there is a start to everything, Pedro, before beginning his professional coaching career, used to play college baseball, as mentioned earlier. As a minor league coach, the Miami native joined the Kansas City Royals organization in 2013.

And in May 2013, he was promoted to assistant hitting coach on the major league coaching staff. In 2014, Grifol was assigned to work as a catching instructor. Furthermore, the sports persona was appointed the Royals' bench coach for the 2020 season.

Additionally, Pedro was hired by the Chicago White Sox on November 1, 2022, to be their 42nd manager. He signed a multi-year contract with the team, which must be paying him massively.

The head coach's journey from being a player to a coach to a baseball manager is incredibly inspiring, and along the way, he also has amassed a hefty sum of money. Although Pedro Grifol's net worth has not been revealed on the web, we can expect it to be a considerable sum considering his signed contracts with two organizations.

According to Glassdoor, Kansas City Royals pays its coach around $37,683 annually. Now that he has joined Chicago White Sox as a baseball manager, he must earn significantly.

The baseball coach has once said, 'My wife epitomizes the word sacrifice,' and that is how he never leaves any chance to express to the world how grateful and blessed he is to have a supportive partner like Alejandra Grifol. Also known as Ali Gil-Grifol, Pedro Grifol's wife has always pushed him to be the best version of himself.

The duo exchanged their wedding vows in January 1994 and have been together for over three decades. The couple has known each other since 1987. Their marriage is based on the foundation of love, support, and faith, and their love truly inspires everybody. 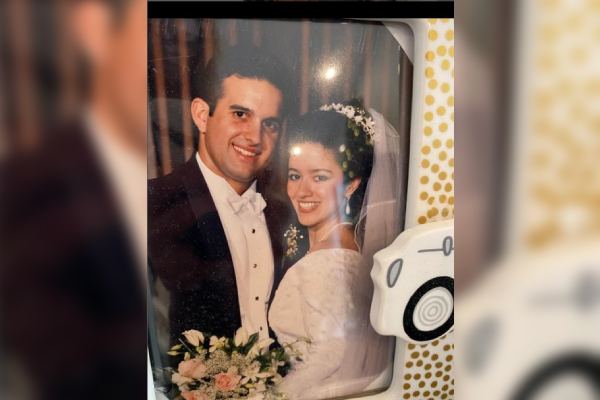 Overall, Ali and Pedro share an enduring and thriving marriage, and we hope they will be together for eternity and beyond. Another former baseball player with a prosperous marital life is Darrell Miller. In a short span of his career, Miller achieved significant success.

A Loving Father Of Three Girls

Although Pedro's profession demands a lot of time and attention, he keeps his family first and gives them unrequited attention. The Chicago White Sox's manager is a proud, loving, and doting father of three daughters. Pedro Grifol's children are Laurence Grifol, born on January 1996, Amanda Grifol, born on October 1997, and Camila Grifol, born on June 2003.

Furthermore, Pedro Grifol's daughters have always supported him and pushed him to chase his dreams. Happily, they have all grown up now and are working hard to make him proud of their achievements.

Overall, the baseball coach is a loving son, a committed partner, and a giving father. He shares a successful personal and professional life. With all the hard work he inputs into his life, he surely deserves the best. Our good wishes and support follow his way.