To perform better, athletes require a coach who can effectively help them develop their full potential. Today we are talking about one of the most skilled collegiate coaching figures, Fran Fraschilla. He was the former coach at Manhattan College, St. John's University, and the University of New Mexico.

Even though he served as a coach for a long period, Fran decided to make a career switch. And now, he works as an ESPN college basketball analyst. So, let's learn why he left his coaching career and about his personal life in this brief biography.

Grew Up Around Sports

Fran was born Francis John Fraschilla on August 30, 1958, in Brooklyn, New York. Despite the former coach's fame and popularity, Fran Fraschilla's father and mother have stayed away from the media. However, it is known that the former was the oldest of his parents' seven children. Nevertheless, Fran's dad and mom must have ensured he and his siblings had a wonderful upbringing.

The sportsman once shared that he became fascinated with basketball when he was around twelve or thirteen. He also used to play the sport in schoolyards or playgrounds. Talking about his education, Fran did his high schooling at James Madison High School. Later, he graduated from Brooklyn College with a bachelor's degree in American history.

Fran Fraschilla Net Worth And Career

Right after Fran graduated from college, he began coaching. But he only started serving at the collegiate level in 1992. And, he continued that role for the twenty-three years to come. Thus, Fran Fraschilla's net worth is primarily made up of his basketball career's earnings.

Moreover, Fraschilla first coached at his high school alma mater. He then became an assistant basketball coach at five different colleges, Providence College, Ohio University, Ohio State University, University of Rhode Island, and New York Tech, before becoming a head coach. Prior to completing his degree, the Brooklyn native worked part-time as Madison High School's junior varsity coach before he moved to work as an assistant at New York Institute of Technology, a Division II school on Long Island.

In 1992, Fran was chosen as the head coach at Manhattan College. And in one of the interviews, he shared that it was a big break as he grew up wanting to be a college coach. Additionally, he said visiting Manhattan, which has been his home since childhood, was special for him. While serving at Manhattan, the head coach led them to the postseason all four years, with two NCAA and two NIT appearances. He was also named Metro Atlantic Athletic Conference Coach of the Year and guided Manhattan Jaspers to win the MAAC Championship in 1993.

Later in 1996, the sports personality started serving as a coach for St. John's University, and for the first time in five seasons, he led the Red Storm to the NCAA championship in 1998. Moreover, Fraschilla was the head coach at the University of New Mexico from 1999 to 2002, where he led the Lobos to the Mountain West Conference title game and the third round of the National Invitation Tournament in 2001.

As already mentioned, the former college coach currently serves as a studio analyst for ESPN college basketball games and as a game analyst on Big Monday broadcasts. He also works as an analyst for ESPN's coverage of FIBA events.

According to Glassdoor, the ESPN analyst's pay ranges from $40,591 to $87,461 per year. As a result, we can assume that Fraschilla's salary is likely to be large. We can therefore conclude that it must have boosted Fran Fraschilla's net worth.

Jill Ellis is another coach with massive earnings.

The former college coach is happily married to his partner, Meg O'Connell Fraschilla. The lovely pair tied the knot in 1988. He often posts pictures with his spouse, expressing his love for her. 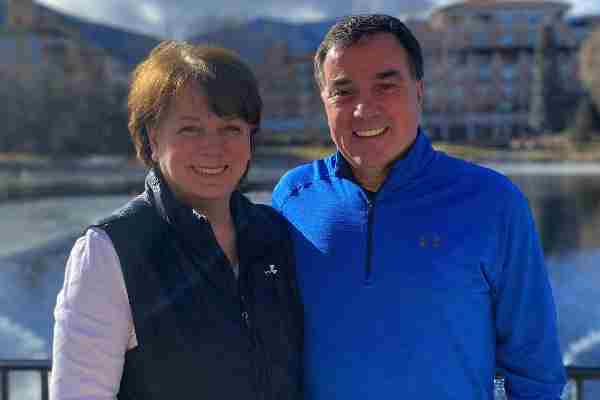 The analyst has also spoken about his partner's devotion to his hectic lifestyle and once tweeted how she was like the glue holding the family together. Other than that, he has not revealed much about her. Nevertheless, we can deduce that Fran Fraschilla's wife appears very supportive of his career and takes good care of him.

Talking about Fran Fraschilla's children, he and his spouse share two kids. Fran's sons are James Fraschilla and Matt Fraschilla, and both play basketball.

James played basketball for the men's basketball team at the University of Oklahoma and was named Big 12 Sportsperson of the Year. He is now a member of the Orlando Magic's coaching staff. Likewise, Fran Frascilla's younger son also played basketball at Harvard University and now serves as the video coordinator for Villanova Men's Basketball program. All in all, the Frascilla boys are doing great in their life.

Overall, the 5' 11" tall analyst seems to be enjoying his life to the fullest with his family. Let's hope he shares more about his wife in the coming days. Also, we wish he gains more fame and fortune in the future.