Andy Reid is most known for coaching the Philadelphia Eagles, Green Bay Packers, and the Kansas City Chiefs in the National Football League. Moving around with several NFL teams and working in various roles helped him gain the strategies and expertise he needed to advance his professional coaching career.

Similarly, among his five children, two of Andy's sons, Britt Reid and Spencer Reid, are involved with football in different ways. Hence, it is safe to say that sport lives on in their family. Well, we know about Andy Reid, but today let's get to know his son Britt Reid.

Grew Alongside His Four Siblings

Britt Reid was born in Los Angeles, California, on April 28, 1985. He was born to his parents, Andy Reid and Tammy Reid. As mentioned earlier, Britt Reid's father Andy is an American Football head coach for the Kansas City Chiefs of the NFL.

Britt was a four-year football player at Harriton High School in the Philadelphia suburbs, where he captained the team for three seasons. Moreover, he graduated from Temple University with a bachelor's degree in communications.

Britt Reid joined the NFL for the first time as quality control coach in 2013 following three seasons with the Temple University Owls. Britt was a graduate assistant at Temple. There he served a two-year tenure as an offensive coach while pursuing his degree. The former coach had also worked at the Steve Addazio football camp for two years in addition to his years at Temple. 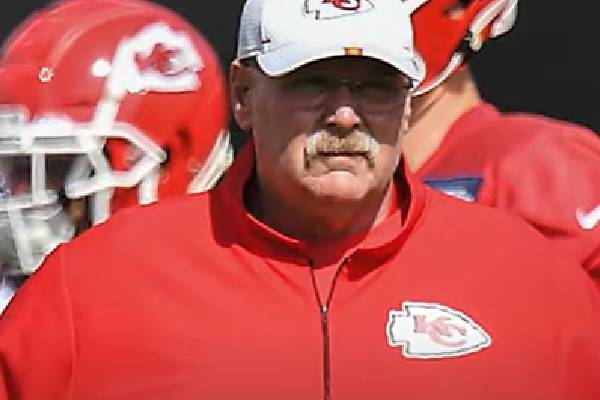 Moreover, Andy Reid's son was an assistant offensive line coach at St. Joseph's Preparatory School in Philadelphia in 2008. In 2009, he received his first taste of NFL life as the Philadelphia Eagles' training camp coordinator intern.

Moreover, there is no information about the actual earnings of the former coach. However, the adjusted salary cap of the Kansas City Chiefs is said to be $209 million. Similarly, the active contracts are estimated at around $206 million. Thus, having an influential role in the team as their former outside linebackers coach Britt Reid's net worth must also be vast enough.

As much as it is disappointing, there is no way to deny that Andy Reid's son has encountered many legal issues. Law enforcement has issued warnings to Britt Reid for speeding or careless driving on at least three instances, including in Pennsylvania in 2011 and Missouri in 2018 and 2019.

Britt was arrested in Pennsylvania on January 30, 2007, following an incident in which he was accused of pointing a gun at another driver. The football enthusiast admitted to simple assault, carrying a firearm without a license, and having a controlled narcotic without a permit. On the same day, his brother Garrett, who died of a heroin overdose in 2012 at 29, was detained in another drug-related accident.

Britt Reid pleaded guilty to three further offenses arising from an incident in a sports goods shop parking lot in August 2007. According to court records, he had also been charged with careless driving. No wonder all these scenarios might have impacted his image and not to mention the former defensive assistant's source of earnings.

On February 4, 2021, only days before Super Bowl LV, the young mentor was involved in a multi-vehicle incident that wounded two young children near the team's training site. Britt told officers that he had taken 2 to 3 drinks earlier in the evening and that he was taking Adderall, a prescription medicine for attention deficit disorder. The former coach and a five-year-old passenger in another vehicle were both sent to the hospital.

The Kansas City Chiefs and the guardian of a 5-year-old girl reached a medical care arrangement. As a result, according to the news release the little girl will have long-term financial stability as well as world-class medical treatment. No wonder all these unprecedented situations would have taken a toll on Britt Reid's net worth as well. However, on the other side, we believe that the former linebacker would do everything to support the victim's family.

Here is what Britt Reid's father Andy has to say about the case.

As per speculations, Reid's contract with the Chiefs, which was set to expire at the end of the 2020 season, was not renewed due to the crime.

You might be interested in reading about another NFL coach Adam Zimmer, the son of Mike Zimmer.

Is Married To Model Kristen Nordland

The former linebackers coach Britt Reid has been married to his wife Kristen Nordland for almost a decade now. She was born in Doylestown, Pennsylvania, in April 1987 and now lives in Overland Park, Kansas. 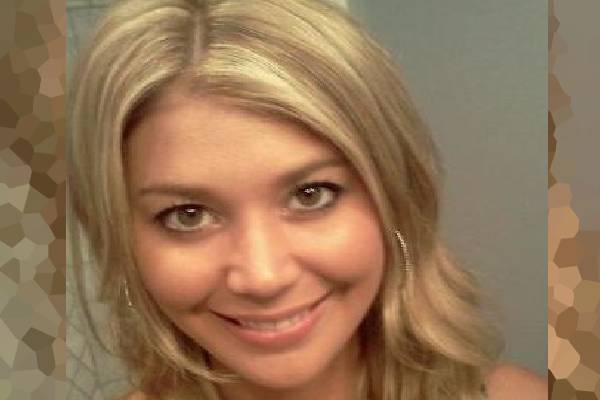 Britt Reid is married to his wife Kristen Nordland who is a model for Reinhard Model and Talent Agency. Image Source: Kristen's LinkedIn profile.

According to her LinkedIn profile, Kristen attended The Catholic University of America. She later graduated from Temple University with a degree in Public Relations and Communications in 2011. Britt Reid's wife has been a model for the Reinhard Model and Talent Agency since 2011.

Previously, the model worked as a Media Relations intern for the Philadelphia Eagles of the National Football League. In 2011, Britt Reid's spouse worked for Mary K. Doughtery and Associates as an assistant and Marketing and Events Coordinator.

During the beautiful union of Kristen Nordland and Britt Reid, the couple has been blessed with three children. Britt Reid's children consist of two daughters, Somers Reid and Saylor Reid, and a son named Maverick Reid.

Though there is not much information about the ex-coach's children, we believe they might be leading a healthy and prosperous life.

As of now, Britt Reid's contract has expired and has not been re-signed by the team. Nevertheless, we hope the American coach will return to the field once everything settles down.