Craig Counsell is a former baseball player known for being the manager for the Milwaukee Brewers of Major League Baseball. Image Source: Social Media.

Known for his unusual batting approach and remarkable playoff performances, Craig John Counsell is a former baseball player and now manager who has earned a reputation as one of the best individuals in baseball.

Following a highly successful amateur baseball career during his high school and college years, Craig Counsell has risen through the ranks to become the Milwaukee Brewers' manager of Major League Baseball (MLB). In addition, he played for numerous professional teams in the MLB before becoming a manager.

Naturally, many people are curious to learn more about the baseball manager, who has been in the public eye for nearly three decades. So, today let's look at Counsell's biography and see what triumphs and failures he's had along the way to success.

Craig Counsell Is The Son Of A Former Baseball Player

Craig Counsell was born on August 21, 1970, to parents John Counsell and Jan Counsell. Although the athlete was born in South Bend, Indiana, he grew up in Whitefish Bay, Wisconsin. As Craig is the only child of his parents, we can only imagine how pampered he was as a child.

Like most kids, the baseballer looked up to his father and, as a result, developed an early interest in baseball. Counsell's father, John, served as director of the speakers bureau and director of community relations for the Milwaukee Brewers from 1978-1988. At present, Craig credits his father for his success in baseball. 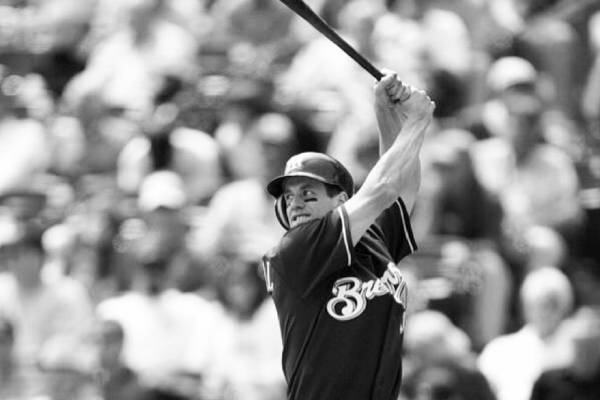 Craig Counsell's father, John Counsell, worked for the Milwaukee Brewers, and the young man was motivated to follow in his footsteps. Image Source: Craig Counsell's Instagram.

Counsell attended Whitefish Bay High School and continued his education at the University of Notre Dame, where he was a player of the Notre Dame Fighting Irish baseball team. Later, he earned a bachelor's degree in accounting from the university in 1992. Nonetheless, rather than pursuing a profession in accounting after graduation, he sought a career in sports.

Currently, the Brewers' manager has a long list of achievements in the sports industry and has established himself as one of baseball's most illustrious figures. So, Craig Counsell's parents and family must be exceptionally proud of him.

As mentioned above, Craig started playing baseball in his high school and college days. During college, he played as an infielder for the Notre Dame Fighting Irish baseball team. He finished his collegiate baseball career with a .306 batting average, 204 runs, and 166 RBI.

However, his professional baseball career began in 1992, when he was chosen in the 11th round of the MLB Draft in 1992 by the Colorado Rockies. Nonetheless, his time with the Rockies was brief, and after making his MLB debut on September 17, 1995, he was traded to the Florida Marlins in July 1997 for Mark Hutton.

With the Marlins, he was the starting second baseman and hit the game-winning home run in the 1997 World Series, earning him his first World Series title. However, Counsell was traded to the Los Angeles Dodgers in 1999 while batting just .152 with two RBI in 37 games.

In 2000, the Dodgers released the player. Later, he signed with the Arizona Diamondbacks, with whom he won the NLCS Most Valuable Player Award in the 2001 National League Championship Series.

After four long years, Craig was traded to the Milwaukee Brewers and started at shortstop in 2004. Cody McKay played his first match as a St. Louis Cardinals player against the Brewers and suffered an 11-5 loss the same year.

After a season with the Brewers, Counsell returned to the Diamondbacks as a free agent only to return to the Brewers in 2007. For the following few years, he played with the Brewers and continued to add more achievements to his name.

Craig Counsell's stats alongside their timelines after joining the Brewers as a free agent in 2007 are as follows:

The Wisconsin native decided to retire as a professional baseball player in 2012, even though his career was at its peak. Instead, he accepted a front-office role with the Brewers.

Counsell Is The Manager of The Milwaukee Brewers

After retiring as a professional baseball player, Counsell served as special assistant to general manager Robert Douglas Melvin, a.k.a. Doug Melvin, for around three years. And in 2015, Counsell was named the Brewers' manager after Ron Roenicke was fired. Ever since, the former player has been serving as the manager and has led the team to many victories.

Consequently, he even came second in National League Manager of the Year after Brian Snitker, Atlanta Braves manager. Furthermore, the Brewers' manager won his 500th game with a win over the Chicago Cubs, formerly managed by Rick Renteria.

Even after such a lengthy career, Craig shows no sign of stopping. So we wish Counsell every success in his future pursuits.

Craig Counsell Net Worth and Earnings

Having worked as a coach and former baseball player for over three decades, Craig Counsell has established himself as a respectable individual in the sport. However, alongside fame, Craig has also earned a sizeable income from his professional and managerial baseball career.

Consequently, much of Craig Counsell's net worth comes from his legendary baseball career. The following are the amount he received during his professional batting career:

However, apart from his salary, he earned an additional signing bonus, which boosted Counsell's wealth tremendously.

Furthermore, in 2020, Craig signed a three years contract extension with the Brewers. And while the details of his deal are unknown, many sources estimate his income to be about $1.5 million. If the amount is accurate, then Craig Counsell's net worth must have risen dramatically during his time as the baseball team manager.

However, apart from baseball, Counsell's riches also include his earnings from being a part-time host for Brewers radio broadcasts. According to ZipRecruiter, a part-time radio host can earn up to $34,572 per year on average. Still, considering Craig's fame and reputation, he must have been paid above average, which adds to his fortune.

Yet, the baseball manager has a long way to go and will, without a doubt, continue to grow in worth in the near future.

Craig Counsell Is Married and A Father of Four

While much is known about Counsell's professional life, the sportsman has remained silent on the subject of his relationships and personal affairs. Consequently, little is known about his romantic life.

Having said that, it is perfectly known that the Milwaukee Brewers manager is married to Michelle Counsell. Like the retired player, Craig Counsell's wife attended Whitefish Bay High School, where the pair initially met. The couple started dating and eventually tied the knot after a few years.

Unfortunately, Michelle appears to be a private person who does not like getting involved in the limelight, so little is known about her. Nonetheless, she has attended numerous baseball events in the past.

In addition, since their marriage, the high school sweethearts have welcomed four beautiful children 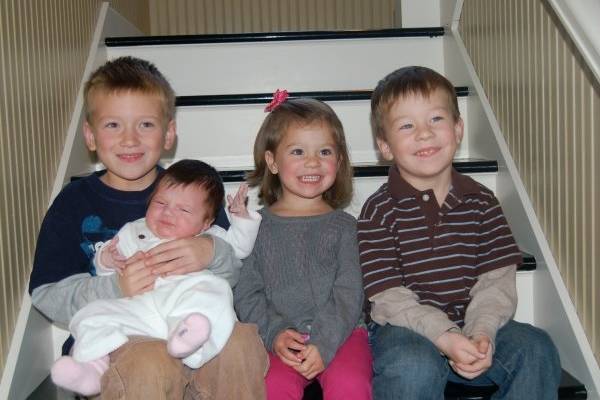 Well, the name of the pair's sons are Brady Counsell and Jack Counsell and daughters, Rowan Counsell and Finley Counsell. But, unfortunately, the couple keeps their kids away from the spotlight.

Nonetheless, Craig Counsell's children often attend his matches with their mother, and his family currently resides in Whitefish Bay, Wisconsin. So, we wish the couple the best and hope that their happiness continues to increase with time.