Home Net Worth Bob Odenkirk Net Worth - Salary From Better Call Saul And Other Sources.

Bob Odenkirk has amassed a massive fortune from his career in the entertainment industry. Image Source: Wikimedia Commons.

If you are a fan of the television series Breaking Bad, you must recognize Bob Odenkirk. Born Robert John Odenkirk, he is a renowned American actor, comedian, and filmmaker. He is mostly famous for his role as Saul Goodman on the mentioned show and its spin-off Better Call Saul, for which he has earned five Primetime Emmy Awards nominations in the Outstanding Lead Actor category.

The multi-talented actor has been active in the entertainment industry since 1987. Throughout the years of his career, he must have accumulated a hefty amount of money. Hence, this article will discuss Bob Odenkirk's net worth and explore his income from different sources.

Phil Anselmo Net Worth - Income And Earnings As Pantera's Member

Bob Odenkirk Net Worth And Earnings

The two-time Emmy Awards winner was born in Berwyn, Illinois, to Barbara Mary Odenkirk and Walter Henry Odenkirk but was raised in Naperville. He went to Naperville North High School and graduated at the age of just 16. He was able to graduate high school when he was still a junior because he had enough credits to do so. The young guy then decided to go to the local College of DuPage in Glen Ellyn. A year later, he attended Marquette University before transferring to Southern Illinois University, where he started writing comedy and served as a radio DJ for a non-broadcast college station.

The Berwyn native completed his three credits that he was short of graduating at Columbia College Chicago and earned his bachelor's degree from SIU in 1984. After that, he attended the Players Workshop, where he met Robert Smigel. The duo started a collaboration that would take Bob to Saturday Night Live. Since then, he has appeared in multiple shows and films. He must have bagged a massive fortune from his career. As per Celebrity Net Worth, Bob Odenkirk's net worth is $16 million. Now, let's further break down his earnings from different sources.

Bob started working as a writer at SNL in 1987 and served there until 1991. Then, he moved to LA and was hired to be a writer for the TV show Get a Life. After that, he was cast for The Ben Stiller Show in 1992, where he worked as both a writer and actor. In addition, the SIU graduate also wrote scripts for Late Night with Conan O'Brien for its 1993 and 1994 seasons. In 1993, he began playing the recurring role of Stevie Grant on The Larry Sanders Show. He also acted briefly on Roseanne and The Jackie Thomas Show.

Since then, Odenkirk has starred in numerous television shows and series. One of his notable works is Mr. Show with Bob and David, where he was also co-creator, writer, and executive producer for the show along with David Cross. His other tv credits include Tom Goes to the Mayor, How I Met Your Mother, The Birthday Boys, and more. As mentioned before, he is most recognized for his role as Saul Goodman in AMC's Breaking Bad and its spin-off Better Call Saul, for which he was also a producer.

Bob Odenkirk's salary from his television works must be immense. For the role of Saul Goodman, the multi-talented star earned $100,000 per episode at the peak of Breaking Bad. After he started producing and starring in Better Call Saul, he made $150,000 for every episode in the first season. His income from the show is now $200,000 per episode. Aside from that, Bob has released a memoir Comedy Comedy Comedy Drama, available for $20.30 in hardcover format.

The comedian started his big-screen acting career with minor roles without names in films such as Wayne's World 2, Hacks, The Cable Guy, and Clean Slate. In 2002, he played the role of Terry Twillstein in the Run, Ronnie, Run, for which he also worked as a screenwriter. Then, in 2003, he directed the movie Melvin Goes to Dinner, also portraying the character of Keith. Since then, the artist has written, directed, produced, and acted in various films, including Let's Go to Prison, The Brothers Solomon, Girlfriend's Day, and Nobody.

Moreover, Odenkirk also landed more prominent parts in critically successful movies, such as Little Women, The Disaster Artist, The Post, Nebraska, The Spectacular Now, and Incredibles 2. He even won the Special Jury Award for Acting at the Sundance Film Festival in 2013. Now, let's look at the box-office collections of some of the films he has appeared in.

As the above table shows, the films were able to amass tens to hundreds of millions at the box office. The media personality must have been paid his fair share. Thus, it is no wonder that Bob Odenkirk's net worth is $16 million. In addition, it is highly likely to increase with his ongoing career in the entertainment industry.

Similarly, Sheryl Lee Ralph is another acting figure with a tremendous fortune.

The Berwyn native is happily married to his wife, Naomi Odenkirk, a film producer. The pair purchased a property that offered around 2,900 square feet of living space in the Hollywood Hills for over $675,000 in 1998. They listed the place for $2.49 million in 2014 but eventually sold at the price of $2.45 million. Later, in 2015, the couple paid $3.3 million for a 2,800-square-foot house in Hollywood Hills. 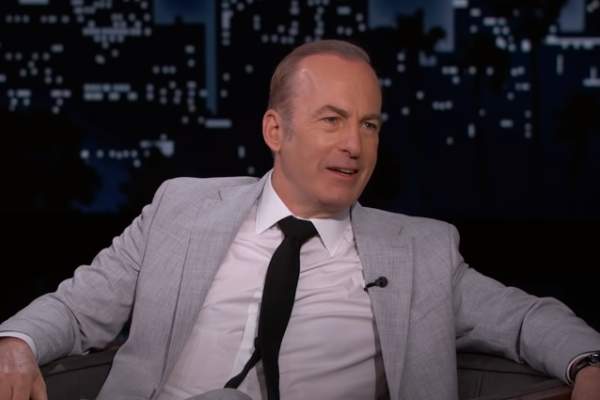 Bob Odenkirk owns a property which he and his wife, Naomi, purchased for $3.3 million in 2015. Image Source: Social Media.

Also, the couple bought a home that had fallen into disrepair in Bronson Canyon for $675,000 in 2010. It was assumed that they would renovate the place as an investment. Nonetheless, Bob Odenkirk must enjoy a happy and comfortable life with his partner, Naomi, thanks to his enormous wealth. Furthermore, as his career is still ongoing, his riches are likely to increase. We wish the 2022 Emmy Awards nominee more fame and fortune in the future.