Sheryl Lee Ralph has accumulated a huge fortune from her career of over four decades. Image Source: Wikimedia Commons.

Sheryl Lee Ralph is a renowned American actress, singer, and activist. She is most recognized for her breakthrough role in the Broadway musical Dreamgirls as Deena Jones, for which she was a nominee for a Tony Award for Best Actress in a Musical in 1982.

The multi-talented actress has been active in the entertainment industry since 1977. Throughout the years of her career, she must have amassed enormous wealth. Hence, this article will discuss Sheryl Lee Ralph's net worth and how much she has amassed over the years.

Alex Borstein Net Worth - How Has She Amassed Multi Millions?

Born in Waterbury, Connecticut, to parents Stanley Ralph and Ivy Ralph, the Hollywood personality was raised between Mandeville, Jamaica, and Long Island. She attended Uniondale High School, where she starred as Ado Annie in a high-school production of the musical Oklahoma! She then went to Rutgers University for further studies and graduated with a Bachelor of Arts degree. The Dreamgirls star initially wished to study medicine. However, she gave up and chose the performing arts after winning an acting scholarship in a competition at the American College Theater Festival.

After graduation, Sheryl took up acting professionally and made her debut with the 1977 released movie A Piece of the Action. Since then, she has appeared in more than a hundred films and TV series. She has also performed in a few Broadway productions. Likewise, she must have earned a considerable sum throughout the years of her career. Thus, as per Celebrity Net Worth, Sheryl Lee Ralph's net worth is $5 million.

So, now let's further break down the artist's sources of income and learn about her salary.

Since then, Ralph has appeared in three more Broadway productions. In 2002, she portrayed the character of Muzzy Van Hossmere in the original Broadway production Thoroughly Modern Millie. After over a decade, in 2016, she made her comeback on the stage as Madame Morrible in Wicked. Then, she was cast as Miss Walker in Goosebumps The Musical.

According to Comparably, a Broadway actor earns between $26,063 and $708,331. Likewise, Sheryl Lee Ralph's income for her performances in various stage works must have been significant.

The award-winning actress started her small-screen acting career in the late 1970s with minor roles in various TV movies and shows. It resumed until she landed a regular role in the series Search for Tomorrow. After that, she earned more television roles and has played in over sixty TV films and series. Sheryl's most prominent TV work is her portrayal of Deidra "Dee" Mitchell in the show Moesha, for which she received five NAACP Image Awards nominations for Outstanding Supporting Actress in a Comedy Series for five straight years.

Ralph's other notable TV works include her roles in Instant Mom, George, Hannah Montana, Fam, and many more. In addition, the Dreamgirls star plays the role of Barbara Howard in the ongoing series Abbott Elementary, for which she has been nominated for the Outstanding Supporting Actress in a Comedy Series at the 2022 Primetime Emmy Awards. Hence, Sheryl Lee Ralph's tv salary must also be a considerable amount.

Ralph has starred in almost 30 films in her career as an actress. After making her big screen debut in 1977, she appeared in two movies, Skin Deep and The Mighty Quinn, in 1989. Before that, she voice acted in the 1988 Disney animated film Oliver & Company. In the 1990s, the actress played in over ten movies, which include Sister Act 2: Back in the Habit, To Sleep With Anger, The Distinguished Gentleman, Bogus, and White Man's Burden.

Moreover, the multitalented star also won the Best Supporting Female at the 1990 Independent Spirit Awards for her performance in To Sleep with Anger. Likewise, her other film credits include Lost in the Pershing Point Hotel, The Jennie Project, Frankie D., Blessed and Cursed, Just Getting Started, Step Sisters, The Comeback Trail, Christmas in Compton, and more. Now, let's look at the box-office collection of some of the films Ralph has appeared in.

As the table shows, the movies were able to amass millions of dollars. For her participation in these films, the Rutgers graduate must have obtained her fair share. Aside from that, she is a singer and has released many singles and albums. She must also have earned from her album sales which contribute to her fortune. Hence, we can see how Sheryl Lee Ralph's net worth of $5 million came to be.

Similarly, Alex Borstein is another actress with a massive net worth.

The Emmy Award nominee is happily married to her husband, Vincent Hughes, who is a Pennsylvania State Senator. And as mentioned above, Sheryl Lee Ralph's net worth is in multi-millions. With riches worth that high, there's no doubt that she enjoys a comfortable life with her partner. Furthermore, going through her Instagram, the songstress appears to enjoy spending time with her loved ones. We can see that she likes going out and traveling. 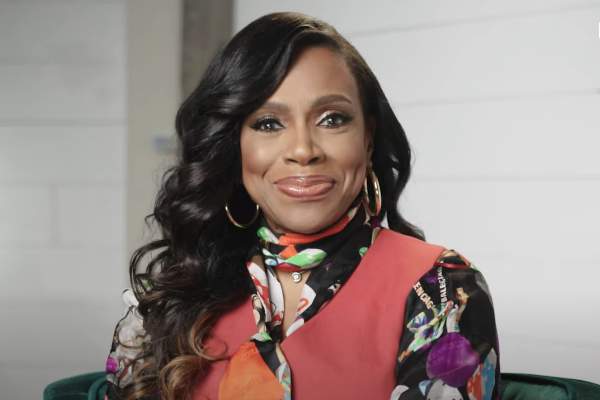 Also, as per virtual globetrotting, Sheryl and her spouse own a house in Los Angeles, California. Likewise, with immense wealth worth millions, the Connecticut native must pay a huge amount of tax. Nonetheless, Ralph is doing pretty well financially, and since she is still active, her riches will probably increase in the future. We hope to see her land more roles and wish her more fame and fortune in the upcoming days.