Alex Borstein Net Worth - How Has She Amassed Multi Millions?

Home Net Worth Alex Borstein Net Worth - How Has She Amassed Multi Millions?.

Who doesn't know about the popular animated comedy television series Family Guy? The show with witty humor has been loved by many people. Several fans also love Lois Griffin, wife of Peter Griffin. But, did you know Lois is voiced by Alex Borstein?

Alex has been acting since 1993 and has appeared in several movies and television series. Not only have her roles made her famous, she has also bagged a considerable amount. So, in this article today, we will learn how much Alex Borstein's net worth is and what her earning sources are.

Alex Borstein Net Worth And Career

Alex was born to Irv Borstein and Judy Borstein, who worked as mental health professionals. Talking about her education, she studied rhetoric at San Francisco State. But, like other comedians, her initial interest in the field was born from tragedy. The actress' brother was diagnosed with hemophilia, and she used comedy as a medium to lighten the mood.

When she was sixteen, Alex performed her first stand-up gig. She loved the feeling of being on the stage and decided to make it a profession. At college, she joined a sketch group named The Virus and continued doing stand-up. After graduating, the film star performed at LA's ACME Comedy Theater, where she trained in improv. Following that, she landed roles in several television series and movies, which helped her gain immense fortune.

The first-ever television series that Borstein ever worked on was Mighty Morphin Power Rangers in 1993. There, she voice acted Lipsyncher, Contest Announcer, Bloom of Doom, and Madame Woe. After that, she continued voice acting in different shows like BeetleBorgs, Power Rangers Zeo, Gary & Mike, 3-South, Drawn Together, Slacker Cats, etc.

In 1997, Bornstein was cast on the third season of the comedy show MADtv. She mainly gained fame for her character Ms. Swan, reporter Sue Naperville, and Cordo, the GAP troll. The turning point of her career came when Seth MacFarlane cast her as Lois Griffin on the series Family Guy. The show that premiered in January 1999 is still running, and as of 2022, it is in its 20th season.

The tv personality's other well-known series are Robot Chicken, Animals., Bordertown, The Cleveland Show, etc. Another project that made her famous globally was the comedy-drama series, The Marvelous Mrs. Maisel. She portrayed the character of Susie Myerson in the series. She received several critical acclaims for her performance and even won two Primetime Emmy Awards.

Furthermore, the main voice actors of Family Guy each earn $100K per episode. Moreover, they also make good earnings from merchandise, DVDs, and syndication deals, summing up to a net income of $300,000 annually. Furthermore, as per People's 2017 article, Alex Borstein's salary was $220K per month.

Likewise, as per The Hollywood Reporter, she, along with Mila Kunis, Seth Green, and Mike Henry, earned between $175K and $225K in 2013. The amount might have increased by now. Similarly, as one of the experienced tv actors, she must have earned a considerable sum from other projects too.

Apart from tv shows, the Illinois native has also acted in several movies. She made her film debut in the 2000 film Coyote Ugly, where she portrayed an uncredited role of Bidding Customer. Its box office collection was $113,920,000. Following that, she starred in several movies.

Some of them with their box office earnings are listed below.

As you can see, the movies that Alex has featured in have grossed millions. She must have gotten a fair share from her work on those projects. In addition, the two-time Emmy winner also has few credits as a writer. She has contributed to several projects, including Shameless, Family Guy, Stewie Griffin: The Untold Story, Life at Five Feet, Monster Farm, and others.

The Illinois-born actor earns $5 million as an annual salary. Thus, Alex Borstein's net worth is estimated to be $14 million. Likewise, as per The Richest, her fortune is worth $24 million. Well, whatever the amount might be, the actress seems to have amassed millions to her name.

Another celebrity figure with massive earnings is Alexi Ashe.

Divorced After 16 Years Of Marriage

Despite having a successful professional career, Alex's marriage could not be thriving and long-lasting. She was married to Jackson Douglas for 16 years. The former couple met at the ACME Comedy Theatre, where she studied improv. The ex-pair dated for a while. Alex Borstein's then-boyfriend proposed to her while filming a part of a MADtv sketch in 1995.

The former pair tied the knot in 1999 and welcomed two children. But unfortunately, their marriage could not be saved. In October 2014, Alex Borstein's then-husband filed for divorce. Three years later, in November 2017, the estranged duo finalized their divorce. 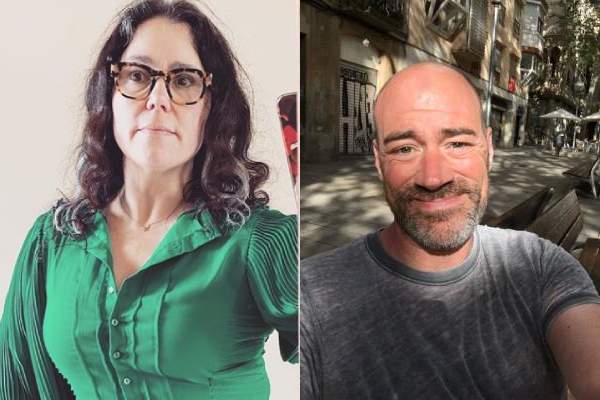 As per the documents, the actress and her former hubby split several bank accounts equally, and the bank balance was worth $5.2 million. They also agreed to continue holding joint ownership over three accounts, with one going to their kids. It also stated that the Family Guy star made $220K per month. While Alex got three pension accounts worth more than $929K, her ex-husband got pension accounts worth $228K.

Similarly, Alex Borstein's ex-spouse got a house in Washington State, while she received two condo units in Pasadena. The divorced pair was ordered to maintain joint ownership of the New York City apartment worth $1.2 million. They also equally split up jewelry, furniture, and art.

Also, the former duo that did not have a prenuptial agreement did not pay the spousal or child support. Well, the divorce settlement might have made a dent in Alex Borstein's fortune. But over the years, she must have covered it with her tremendous earnings.

As mentioned earlier, Alex Borstein's net worth is $14 million. With a multi-million fortune like that, there's no doubt that the actress enjoys a comfortable lifestyle. As mentioned earlier, she owns several properties. Going through her Instagram, we can see that she travels to different places with her kids and often engages in outdoor activities.

Likewise, the Family Guy star might also have branded cars. With such immense earnings, there's no doubt she pays a commendable sum of tax. All in all, Bornstein is well-off financially. We hope to see her continue to earn more and land more roles in the coming days.