Phil Anselmo Net Worth - Income And Earnings As Pantera's Member

Home Net Worth Phil Anselmo Net Worth - Income And Earnings As Pantera's Member.

Any heavy metal fan might have heard the name Phil Anselmo. If you don't know who he is, then he is a renowned heavy metal vocalist of American nationality. He is best known as the lead singer of popular bands like Pantera, Down, and Superjoint. Moreover, he is also the owner of Housecore Records.

Phil has gained significant fame and has established himself as one of the greatest frontmen in metal history. Along with the fame, he must have earned considerably. So, many might be curious about how much he has accumulated and his income sources. So, stick with us till the end.

Phil Anselmo Net Worth And Earnings

Phil has established himself as one of the most successful personalities in the music industry. He has worked with several bands and mainly came into prominence as Pantera's vocalist. In addition, many fans adore him for his aggressive and animated on-stage antics. Thanks to his multiple projects and music career, Phil Anselmo's net worth is $4 million. Now, let's explore more about his earning sources.

In the early 80s, Phil began his musical career by co-founding the band Samhain. Following that, he joined Rapid Phaze, aka Razor White. After dropping out of high school, he left the band. In 1987, the singer joined the Pantera lineup, which at that time was signed under Metal Magic Records. The band's original singer, Terry Glaze, had left the band, and Phil replaced him.

Soon after his entry, Phil worked on the band's fourth album, Power Metal, in 1988. Later, Pantera finally signed a major record deal and even achieved commercial success with Cowboys from Hell. After that, the team released several albums, which became massive hits. Some of the albums, including their record sales are listed below.

After going on hiatus in 2001, Pantera returned in 2003 by releasing its first compilation album. The same year, the band disbanded. Moreover, Phil was accused of neglecting his duties and having communication problems with other members. Nevertheless, while he performed with the team, he made considerable earnings.

Income From Other Projects

Apart from Pantera, the American vocalist has also worked on several other projects. Following the disbanding of the band, he focused on his longtime side project, Superjoint Ritual. In addition, he also worked on Down, Christ Intervention, Arson Anthem, Viking Crown, Southern Isolation, Eibon, etc.

In 2001, Phil started his own record label, Housecore Records. It also became a medium for him to release old, unreleased material from his side projects. The same year, it merged with Baphomet Records. But, after three releases, they parted ways, and Housecore returned to its original form.

The vocalist has also made guest appearances for many artists. In addition, he also voice-acted on The Manson Family. His record label's website lists some of the merches. The items, along with their prices, are given below.

All these ventures must have helped him earn considerably. Hence, Phil Anselmo's net worth being in multi-millions is not surprising. Furthermore, he is still actively working in the music sector. So, who knows, his riches might increase drastically in the coming days.

Another music celebrity with immense earnings is Trapboy Freddy.

Divorce Settlement With His Former Partner

Despite gaining immense fame, the musician has kept most of his personal life private. To talk about his romantic relationship, he was previously married to Stephanie Opal Weinstein. Several sources have claimed that the former couple met in early 1995.

After being friends for several years, the ex-duo started their romantic relationship and engaged in 1998. In October 2001, they walked down the aisle. The married duo started Southern Isolation and went on to release several songs.

However, their marital life could not last long, and in 2004, the then-couple ended their marriage. The reason behind their separation still remains a secret. Moreover, in May 2005, Phil Anselmo's ex-wife auctioned some of the goods he gave her when they were together. She even mentioned on eBay that those items would mean more to his fans than her.

Along with the reason, the ex-pair also has not revealed their divorce settlement. Might he have paid a certain amount in alimonies? As Phil and Stephanie did not welcome any kids, there was no need for child support.

As already mentioned above, Phil Anselmo's net worth is estimated to be $4 million. With such an immense fortune, he must be living a comfortable life. He resides in his Louisiana house with his partner, Kate Richardson. 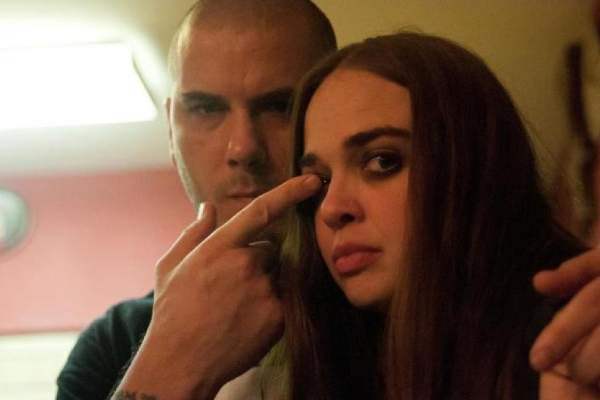 Moreover, Phil might have a few branded cars and must have made a good insurance policy. Likewise, he must pay a sizable amount in tax. All in all, he must be leading a good and happy life. Let's hope we get to listen to more of the artist's works in the coming days.