Classical music is art music produced or rooted in the traditions of Western culture, including both liturgical and secular music. Image Source: Social Media.

While the music world is always changing due to time, the classical music scenario has always remained the same due to its audience.

Below are some of the popular and highest-earning artists in the genre of classical music.

British violinist and violist Nigel Kennedy has a net worth of $5 million, mostly amassed from his music compositions. Kennedy, who primarily began with classical music, has expanded into jazz, klezmer, and other music genres.

Kennedy is a well-known supporter of Aston Villa F.C. and regularly acknowledges smoking cannabis to aid his creativity. He is known for introducing improvised elements to his performance using Jimi Hendrix-inspired cadenza to a Beethoven's Violin Concerto. 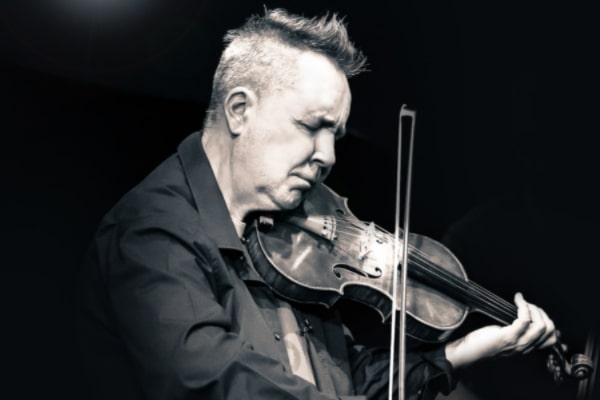 Nigel Kennedy is 64-years-old and has a net worth of $5 million. Photo Source: Nigel Kennedy's Facebook.

My World, The New Seasons, Recital, The Four Elements, Vivaldi, Kafka, and Let Loose are some of the classical artist's work contributing to his fortunes. His recording of The Four Seasons sold over two million copies after its release. His other music pieces have also been popular among the audiences.

In September of 2013, the violinist was accused of a vote fraud probe, which made him feel disgraced. Despite the controversies, Nigel Kennedy is regarded as one of the best classical violinists. And he has amassed a fortune from his career, making him one of the richest classical musicians.

Venezuelan conductor and violinist Gustavo Dudamel is also the music director of the Los Angeles Philharmonic and the Simón Bolívar Symphony Orchestra. The 40-year-old's net worth is $8 million, which includes the $1.5 million salary he receives from the LA Philharmonic.

Gustavo earns an estimated $192 - $3.1K yearly from his YouTube channel. He once owned a house in Los Angeles for which he and his ex-wife, Eloisa Maturen, paid $2.775 million. After their separation, the house was sold for $2.85 million. 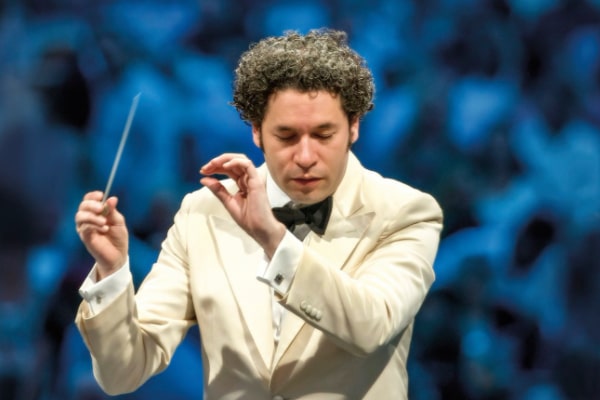 In addition, the former couple also co-owns another house for which they paid $1.85 million. His salary from the LA Philharmonic was revealed as part of the orchestra's annual tax filings. Dudamel is scheduled to become the music director of Opéra national de Paris from August 1, 2021, which will surely bump up his net worth.

David Garrett, born David Christian Bongartz, is a classical and crossover violinist from Germany. Garrett's net worth is estimated to be $12 million, much of which comes from his live performances and studio albums.

The German musician started playing the violin as a young boy and has since received many awards for his excellent skills. Garrett also has the record of "World's Fastest Violinist" in the Guinness Book of World Records. 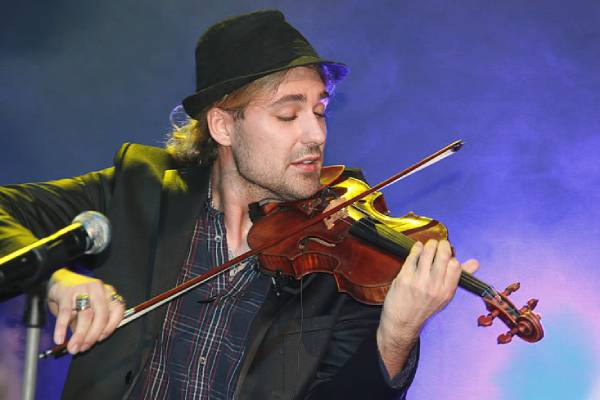 David Garrett amassed a fortune of $12 million from his career as a classical musician. Image Source: Wikimedia Commons.

David has released more than 20 studio albums and has also been featured in other records. He has put out a few of his live performances on DVD, which has been popular among the listeners. Income from the sales of these albums has helped Garrett earn a fortune.

Lindsey Stirling first found fame due to her appearance in the talent show America's Got Talent. She is a violinist, dancer, and songwriter and has an estimated net worth of $12 million.

Stirling not only plays classical music but is also well versed in pop, rock, and electronic dance music. To date, Lindsey has released five studio albums and also covered songs by numerous artists. Her debut album, Lindsey Stirling, topped the Billboard Classical Albums and Dance/Electronic Albums. It was highly successful in Europe, having sold 200K copies in Germany alone. 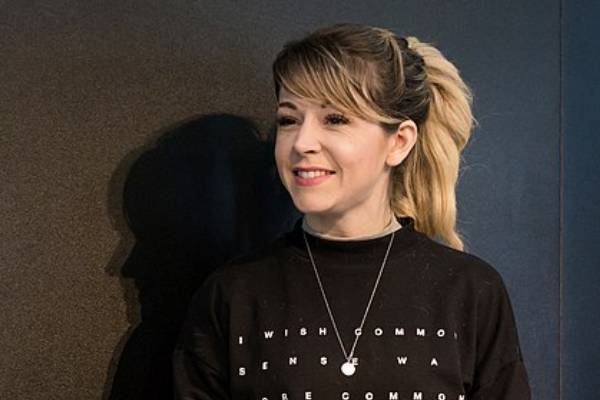 The American musician has continued to put out new and innovative music, which is loved by her fans. She also tours around the world, earnings from which aids in her total fortune.

American violinist and conductor Joshua Bell plays in the Gibson Stradivarius and is considered one of the best classical music artists as he has a net worth of $15 million. 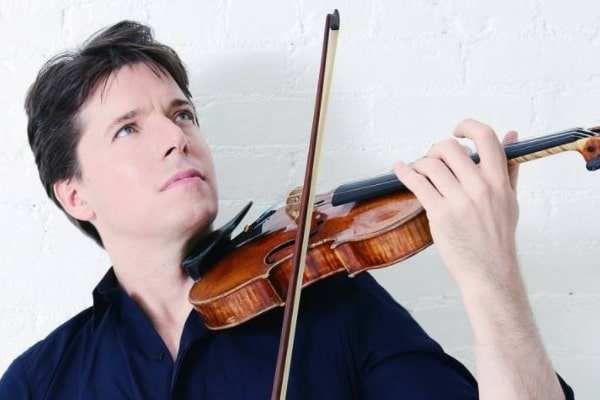 Joshua Bell's assets includes some of the most expensive violins in the world. Pic Source: Joshua Bell's Facebook.

Aside from his violins, the 53-year-old owns a house in Mount Kisco, New York, and Gramercy Park, Manhattan, both expensive neighborhoods.

Chinese classical pianist Yuja Wang is considered one of the best pianists in today's generation as she has a net worth of $20 million. She began playing at the age of six, and by 21, she was already an internationally recognized concert pianist.

The 34-year-old was named Musical America’s Artist of the Year in 2017. She is also one of the classical music figures who tried to reckon with racism. The pianist is under contract with Deutsche Grammophon, one of the elite-level classical music record labels. 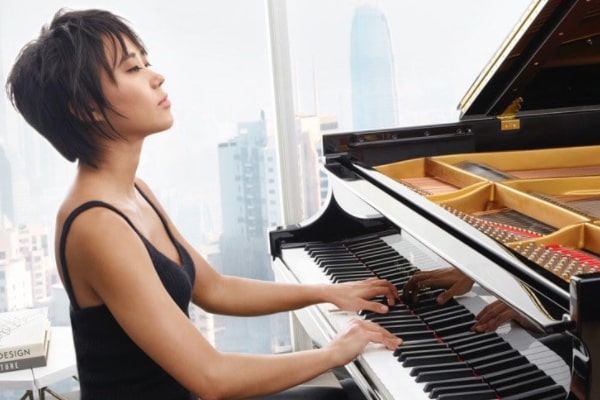 Yuja Wang's net worth is mostly from her work in the field of classical music. Photo Source: Yuja Wang's Facebook,

Wang is also endorsed by Steinway & Sons since she frequently posts pictures on her social media on how playing the company's piano allows her to give her best performance. Whenever she is not on stage performing, Yuja can be seen traveling and living life normally despite having fortunes worth millions.

39-year-old Chinese concert pianist Lang Lang has a net worth of $30 million, making him one of the highest-earning classical music artists. He is the first Chinese pianist to be engaged by the Vienna Philharmonic, Berlin Philharmonic, and some top American orchestras.

Lang is considered one of the most accomplished classical musicians of modern time. With performances for many dignitaries like Queen Elizabeth, former US president Barack Obama, and Russian President Vladimir Putin has made Lang one of the best in the game. 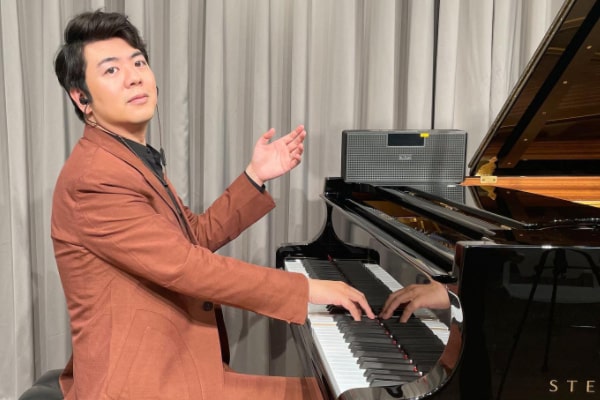 Lang Lang has a net worth of $30 million making him one of the highest earning classical artist. Photo Source: Lang Lang's Facebook.

Lang is the official worldwide ambassador of the Shanghai Expo and is also appointed by the United Nations' Children's Fund as the International Goodwill Ambassador. He is also involved with Telefónica and has collaborated with Sony. These partnerships have helped Lang amass a fortune and become one of the richest classical musicians.

Philip Glass is widely regarded as one of the most influential composers of the late 20th century. The American composer and pianist's works have been associated with minimalism. He also describes himself as a composer of "music with repetitive structures."

He has a net worth of $35 million which is from his music and also from his side ventures. The artist is the founder of the Philip Glass Ensemble, which is a complex piano/keyboard technique. There are six documentaries made on him, and he is also a film score producer. 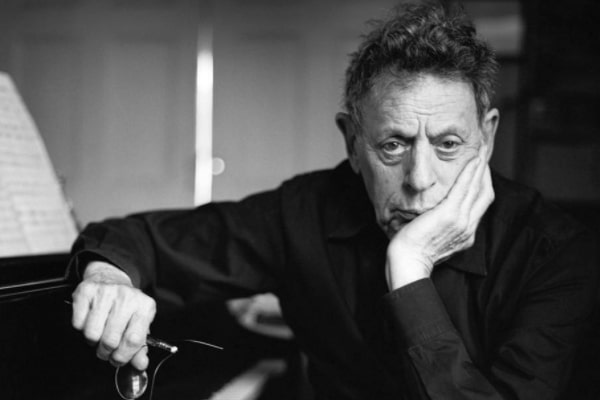 Mishima: A Life in Four Chapters, Kundun, Hamburger Hill, The Hours, and Dracula are some movies where the 84-year-old has displayed his talents in.

Vanessa-Mae Nicholson is best known as a child prodigy who grew up to become one of the best musicians in the classical genre. The British violinist was also the wealthiest young entertainer in the UK in 2006. Nicholson's net worth is estimated to be around $45 million.

Much of Vanessa-Mae Nicholson's fortune comes from her album sales. She has released classical-inspired music as well as pop-style albums. Vanessa-Mae has even recorded her own compositions. All of her works have received critical as well as financial success.

Vanessa-Mae's albums The Classical Album1, The Violing Player, and Storm were listed among the best classical albums. According to ClassicFM, Nicholson's total album sales make her the biggest-selling violinist in the aforementioned chart. This has aided the British violinist to become one of the wealthiest classical musicians in the world.

On top of our list of richest classical musicians is Greek-American composer, pianist, keyboardist, and music producer Yanni. Born Yiannis Chryssomallis, Yanni displayed his musical prowess at a young age, playing piano when he was just 6.

Like many other artists, Yanni has also released numerous studio as well as live albums. Many of his records have peaked at number 1 in Billboard's Top New Age Album category. He also received Grammy nominations for two albums, In My Time and Dare to Dream.

Till 2015, Yanni had more than 40 gold and platinum albums, while his total international sales were over 25 million. One can only guess how much Yanni earned from the album sales. 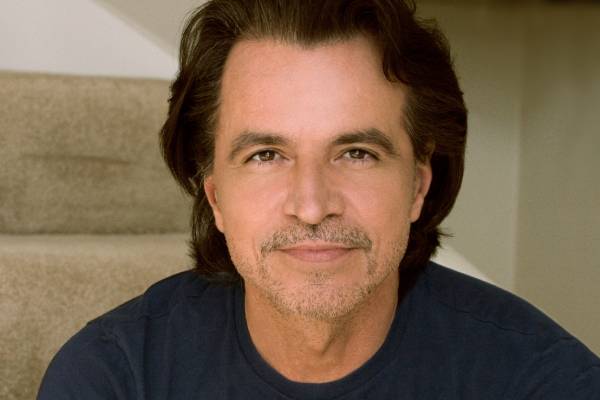 The Greek-born musician is self-taught and used his musical shorthand rather than employ the traditional musical notation. His unique skills have helped Yanni gain fame around the world. Additionally, his net worth of $50 million makes him the richest classical musician in the world.

Nonetheless, the above mentioned are the top ten highest-earning classical music artists in today's world. As this is the richest form of music, classical artists will always have opportunities to bump their fortunes.