The stock market is one of the most lucrative investment sectors for those interested in the business world. People around the world have seen a growth in their fortune after investing in the share market.

Not only investors but the stock traders are also among the people who have benefitted from the market. And many of them make billions every year through successful trading. So, today let's go through the list of the 7 richest stock market traders and find out about their massive fortune.

Jim Simons, born James Harris Simons, is a mathematician, hedge fund manager, and philanthropist. He is regarded as one of the best traders of all time as he uses quantitative analysis to decide on which trades to enter. Simons has had many jobs throughout his career, including a code breaker in World War II and a math professor at Stony Brook University.

According to Celebrity Net Worth, Jim Simons' net worth is estimated to be around $22 billion as of 2020. His real-time net worth as of May 24, 2021, is $24.6 billion, as per Forbes. He managed to amass a fortune after founding the hedge fund company Renaissance Technologies. The company was established in 1982 by Jim and Howard L. Morgan. 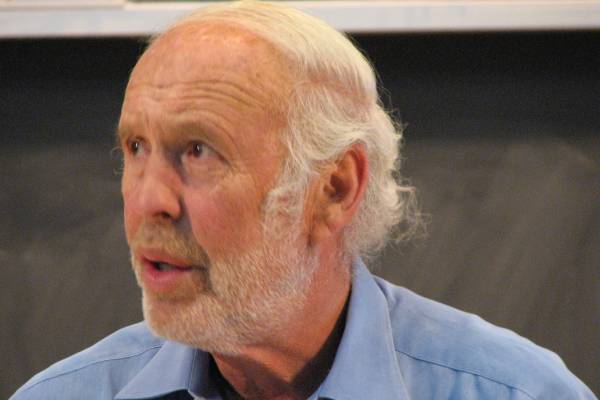 Jim Simons is one of the richest stock market traders having earned billions in the market. Image Source: Wikimedia Commons.

The hedge fund specializes in systemic trading using quantitative modes derived from statistical and mathematical analysis. As a result, the company has gained immense success in the market. Forbes suggests that Renaissance Technologies manages about $55 billion worth of shares.

While Jim Simons stepped down as CEO of the hedge fund in 2010, he is still the non-executive chairman. As the founder and chairman of Renaissance Technologies, Simons was named among the highest-earning traders and hedge fund managers in 2019 by Forbes. So, it is no surprise that Jim Simons has topped the list of the 7 richest stock market traders in the world.

Kenneth Cordele Griffin or Ken Griffin is a well-known hedge fund manager, entrepreneur, trader, and investor from America. He founded Citadel LLC in 1990 and is the chief executive officer, 85% owner, and co-chief investment officer of the company. Griffin's company Citadel Securities is a market maker and reportedly handles 40% of the stock trades in the US.

As per Celebrity Net Worth, Ken Griffin's net worth stands at $22 billion. However, the real-time net worth of the Harvard University graduate is $16.1 billion as of May 24, 2021. His first trading experience was in 1987 while he was still in college. Three years later, he founded his own company, having already amassed millions by the time he graduated. 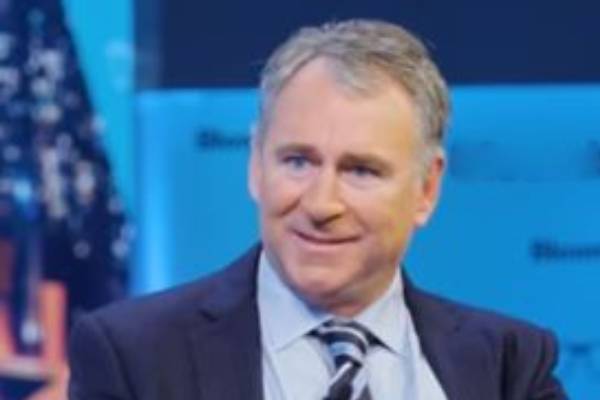 Ken Griffin is one of the richest stock market trader in the world with a net worth of $22 billion. Image Source: Social Media.

As the founder and CEO of the Chicago-based hedge fund firm, Citadel, Ken has earned billions per year. His hedge fund reportedly manages $34 billion in assets, making it one of the biggest firms. Through his company, Griffin has invested in other ventures like Melvin Capital, E-Trade and partnered with REDI. As the owner of 85% of the firm, income from Citadel LLC has helped Ken Griffin become one of the richest stock market traders in the world.

American billionaire, Carl Icahn, is the founder and controlling shareholder of Icahn Enterprises, a holding company based in New York. He is also an investor and trader through his company. Icahn started his career as a stockbroker in 1961. And by 1968, he had managed to buy a seat on the New York Stock Exchange and also establish the security firm, Icahn & Co.

Since starting his journey in the business world, Carl Icahn's net worth has catapulted to $20 billion as per Celebrity Net Worth. According to Forbes' real-time net worth, as of May 24, he has a net fortune of $15.4 billion. Carl managed to amass this fortune after investing in numerous pharmaceutical companies as well as other ventures. 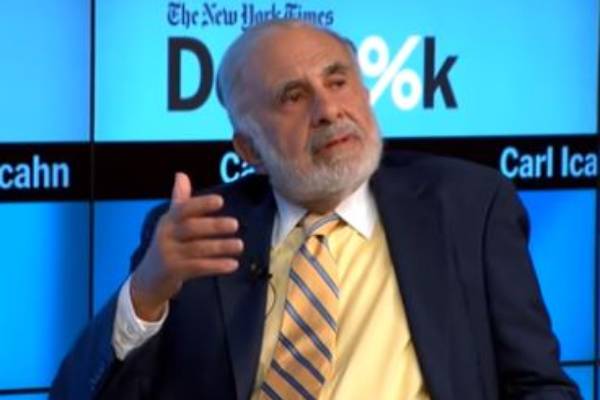 According to Yahoo Finance, in the first quarter of 2021, Carl Icahn's top trades include additions to his Dana Inc. and Bausch Health Companies Inc. holdings. It also comprises a significant reduction in Occidental Petroleum and Herbalife Nutrition Ltd. along with a singular new buy in FirstEnergy Corp.

Carl Icahn's most famous trading was his 10% stake in Netflix that he purchased in 2012. He sold about 50% of his shares in the streaming giant for roughly $800 in profit. While the market value of Netflix has increased significantly, Carl has managed to gain billions through his other investments and trading, making him one of the richest stock market traders in the world.

Raymond Thomas Dalio, best-known as Ray Dalio, is an American investor and hedge fund manager. He established the world's largest hedge fund, Bridgewater Associates, in 1985. Since then, he has served as the co-chief investment officer of the firm and has been involved in numerous successful tradings. 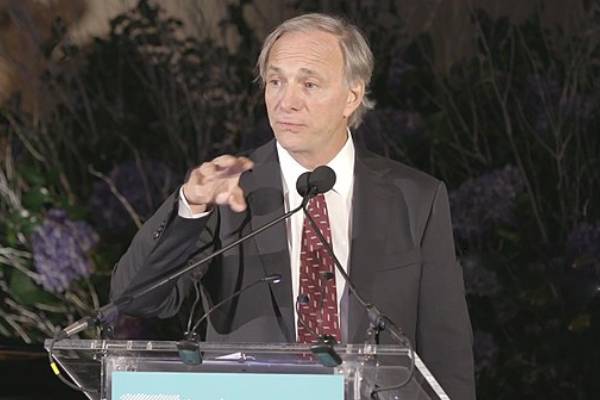 As per Celebrity Net Worth, Ray Dalio's net worth is estimated to be around $14 billion. However, according to Forbes, Dalio's net worth as of 24th May 2021 is $20.3 billion. This fortune comes from his hedge fund, which reportedly manages $150 billion worth of shares. Due to his many successful tradings, The New Yorker dubbed him a big-picture thinker connected to a street-smart trader.

Just like Jim Simons, Ray Dalio also uses quantitative methods to operate his business. He has gained immense fortune through his investments and trading, making him one of the richest traders.

Steve Cohen is a hedge fund manager and the majority owner of the Major League Baseball team, New York Mets. He started his first Wall Street job as a junior trader in Gruntal & Co. in 1978. He reportedly made a profit of $8,000 on the first day of his job and then went on to make $10,000 a day for the company. This success in his earlier career helped Cohen establish his own company S.A.C. Capital Advisors. 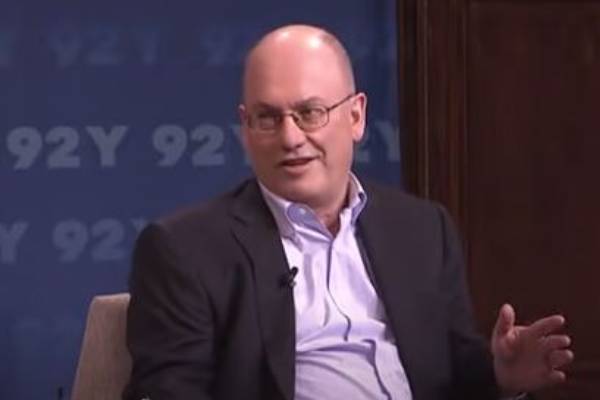 According to Celebrity Net Worth, Steve Cohen's net worth is estimated to be $14 billion as of 2020. However, his real-time net worth, as of the 24th of May, 2020, is $16 billion, according to Forbes. His fortune mostly came from the now-closed SAC Capital. He currently oversees the hedge fund firm Point72 Asset Management which reportedly manages $16 billion worth of stock.

Aforementioned, Steve is the majority owner of the MLB team, New York Mets, through which he garners a considerable sum. While Cohen's former firm SAC Capital had to pay $1.8 billion in fines after pleading guilty in insider trading, his own fortune was not heavily impacted. He seems to have recovered from the incident, having founded the Point72 Ventures. And now, Steve Cohen is listed among the richest stock market brokers in the world.

Next on the list of the 7 richest stock market traders is American billionaire David Tepper, who is also the owner of the NFL team, Carolina Panthers, and the MLS team, Charlotte FC. He is the founder and president of the global hedge fund, Appaloosa Management which is based in Miami Beach, Florida. 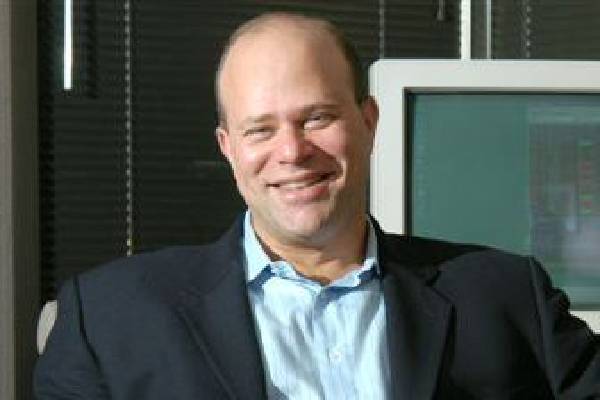 The Pittsburgh-native is one of the highest-earning hedge fund managers and has amassed a fortune. According to Celebrity Net Worth, David Tepper's net worth is estimated to be around $12 billion. Forbes suggests that his real-time net worth, as of May 24, 2021, is $14.5 billion. Having established Appaloosa Management in 1993 with Jack Walton, David has pocketed billions of dollars of paychecks every year.

David Tepper is also known for braving the financial crisis of 2008 and investing in and traded stocks in large quantities. This move helped Tepper earn big in the following year. Additionally, David owns NFL and MLS teams which aid in the increase of his total wealth. All of these investments have helped David Tepper become one of the wealthiest stock market traders in the world.

According to Celebrity Net Worth, George Soros's net worth is estimated to be around $9 billion. As per Forbes, his real-time net worth is $8.6 billion, which mostly comes from stock market trading and investments. Some of Soros' significant investments through his company are energy, retail, transportation, and financial industries. 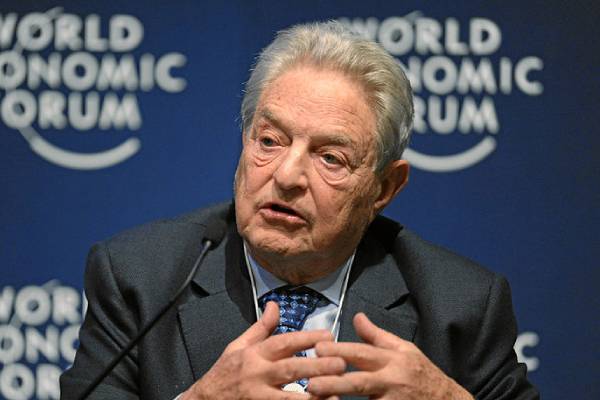 George is best known for shorting the British pound in 1992 and profiting over $1 billion from it. His hedge fund Soros Fund Management is regarded as one of the most profitable hedge funds in history. The firm reportedly averaged a 20% annual rate of return for the investors for more than four decades. These successful ventures in the market has helped George Soros become one of the richest traders in the world.

Apart from the above-mentioned traders, there are numerous others who have become billionaires through the stock market trades. John Paulson, Chase Coleman, Israel Englander, Bruce Kovner are few who have amassed a fortune as a trader.

People earn money in different ways and social media belongs to one of them. It is a medium ...