We identify love as a noun and experience it as a verb. Love is something that sees no gender, no color, and no race. Therefore, today in this article, we will talk about the loving relationship between two phenomenal and strong women, Rachel Paulson and Kelly Hrebenar.

Their story is one for love that knows no conditions, for hearts that only see faith, and souls that are brave to exist in their own skins and out of all bounds. Similarly, Rachel Paulson and Kelly Hrebenar's relationship is a celebration of love, known and unknown. Hence, please stick with us till the very end to know more about the adorable couple's relationship timeline, marriage plans, and many more.

Getting To Know Them Better

Before we read about the duo's relationship timeline, it is essential to know a little about their early life and professional career. Hence, let's get to know what Rachel Paulson and Kelly Hrebenar do for a living alongside their other personal details.

Rachel Paulson Is An Actress And Sarah Paulson's Sister

You heard it right, Rachel is none other than American Horror Story star Sarah Paulson's sister. The latter is the 2022 Primetime Emmy nominee and has also won many awards. On the other hand, Rachel was born in Tampa, Florida, on August 20. She attended school for performing arts and has been acting on and off since early childhood. Having Sarah as her sibling, could it be Rachel was influenced by her?

Some of Kelly Hrebenar's girlfriend acting credits include The Dinner Parting, Good Kisser, and Heartland, to name a few. Likewise, Rachel has also worked as a writer and producer for a few projects. Also, her other sister, Liz Paulson, is a casting director.

Kelly is a face that many people must have seen on a trendy social media platform, TikTok. She is a digital and social media creator with over 260K followers and 7 million+ likes on TikTok. Furthermore, Hrebenar talks about mental health and self-love, and she inspires many young people to be confident and believe in themselves.

Talking about the gorgeous lady's background, she was born on January 30, 1997, in Florida, USA. She is also into modeling and was once featured on Young Thug's music.

Coming Out As Lesbians

Understanding, accepting, and respecting your sexual orientation/identity are steps in the process of coming out. It entails both discovering your identity and expressing it to others. While it's pretty challenging to come out in today's society because of their stereotypical thinking, both Paulson and Hrebenar have been brave enough to accept their sexuality and have become clear voices for the LGBTQIA+ community.

Furthermore, Sarah Paulson's sister knew she was gay from a very young age; however, she didn't come out until she was in her 20s. She used to live in LA with her siblings, where she was exposed to open-minded people. Interestingly, when the Good Kisser actress came out to her dad, her sister, Sarah had only revealed to him her sexual preference a few moments before. Nevertheless, the Paulson sisters' parents were okay with it and supported them.

On the other hand, Rachel Paulson's girlfriend initially struggled with her sexuality and had a hard time accepting it. Her conversation with her parents about being gay also happened out of the blue, in a sense that she wasn't really ready to tell them. Nevertheless, Kelly Hrebenar's father and mother were pretty supportive.

The Paulson-Hrebenar duo have time and again shared how lucky they feel to have such a supportive family. As many people often react negatively to someone who has come out, Kelly advises them to cut off their relationships with such groups and urges them to love themselves first.

When Did Rachel And Kelly Start Dating?

Well, the lesbian couple has been together for two years as of now. The lovebirds were seen celebrating their second anniversary in July 2022. However, the dates of their first meeting and the beginning of their romance have not been revealed yet. 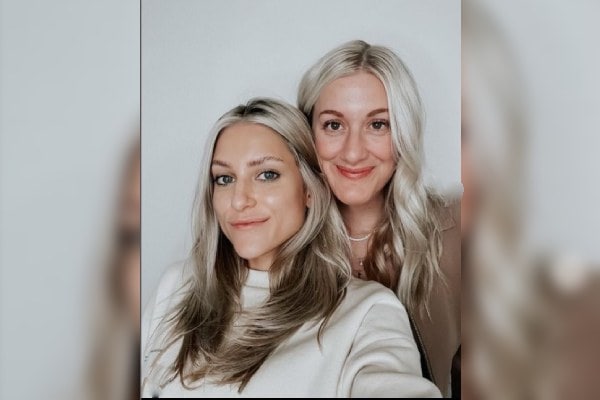 Furthermore, the power couple is head over heels in love with each other, which is evidenced by the fact that most of their social media posts are consumed by one another. Rachel and Kelly also make TikTok together, and they were also seen making IG reels for pride month. Looking at their strong bond, will we see them transition from being girlfriends to a married pair in the future?

Just like them, Jessica Hawkins and Abbie Eaton are another LGBTQIA+ couple who have been together for a while now.

The Lovebirds Don't Shy Away From PDAs

The duo shares many things in common, and one thing that falls on the top is that both Paulson and Hrebenar love interacting on social media platforms. The Dinner Parting actress has around 22.7K followers on her Instagram account. She is seen posting TikTok reels, traveling videos, and promoting brands. Similarly, Kelly utilizes her social media platforms on the optimum level to make people aware of mental health and practicing self-love. She also motivates and inspires young women to love their bodies and develop self-confidence.

Aside from their professional purposes, the blonde beauties' social media handles feature their adorable moments and day-to-day affairs. Both don't shy away from showing their chemistry and expressing love and affection for one another. The duo's fans have also left supportive comments, with some even thanking them for spreading positivity.

An Example Among The LGBTQIA+ Community

Paulson and Hrebenar have set a perfect example that no one should hesitate regarding their sexuality and embrace their choices. It is challenging in our society to come out as most people are told that they must be heterosexual and behave according to how society defines their gender. Also, let's not forget the harsh criticisms one might face from the people. However, irrespective of all the homophobic judgments, hate, and criticism, Rachel and her girlfriend have been together and set an example to every people who are scared to be their authentic selves. 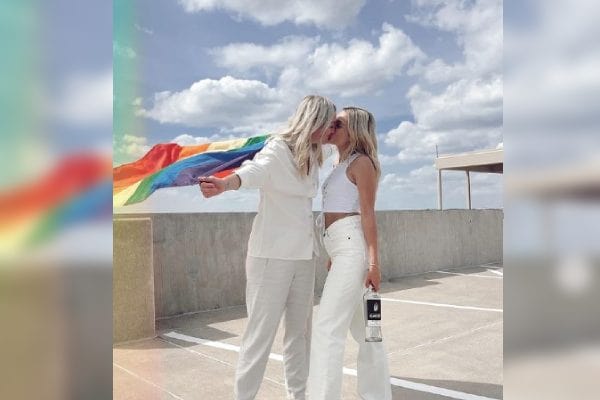 Rachel Paulson and Kelly Hrebenar's loving relationship is an inspiration to all people who are afraid to accept their sexuality. Image Source: Kelly Hrebenar Instagram.

Nevertheless, we hope the lovely duo will stay together forever and continue to inspire many of us by sharing their stories. They are happily in love and have got each other's back. As the lovebirds keep spreading positivity, acceptance, and self-love, they have become icons in the LGBTQIA+ community. Sending the beautiful power couple love, support, and light from our way.