The Walton family is a household name in the business world. James Carr Walton, also known as Jim Walton, was born into one of the most powerful families in business. He is the heir to Walmart's fortune, which was co-founded by his father, Sam Walton. Because he comes from a well-known business family, James' personal life has caught the attention of many people.

To speak of his personal life, Jim is happily married to Lynne McNabb Walton. In fact, the couple has been together for several years and has been facing every obstacle of life together. So, in today's article, let's get to know in detail about Jim Walton's wife, Lynne.

Lynne Has Been Married To Jim For Decades

While some marriages last for only a short period, some relationships are meant to last forever. Lynne Mcnabb Walton and her husband Jim Walton are the perfect examples of this, as the duo has been married for over three decades. Although the couple's exact wedding details and relationship timeline haven't been revealed yet, there is no denying that they have already found their person and are continuing a legacy forward. 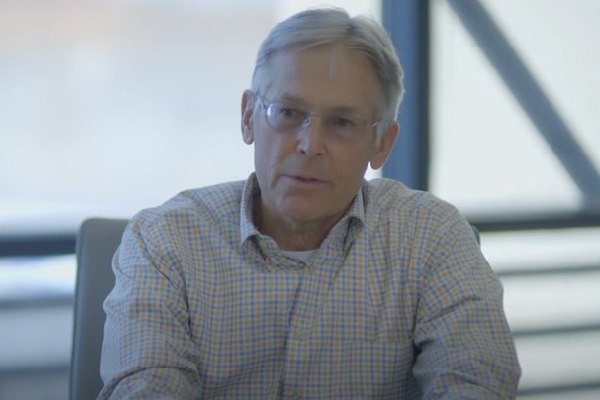 Furthermore, the duo does everything together and has been the most significant support system for each other. Plus, Lynne Walton's husband, Jim, is a wonderful husband who has always been there for his wife. Overall, they have an enduring and thriving marriage, and we hope the lovebirds will stay together forever.

She Is A Loving Mother Of Four Children

Staying under the shade, Lynne has ensured she takes care of all her children well and provides them with the best education alongside emotional and financial support. She is a loving, devoted, and committed mother of four kids. Now, let's go to learn more about her children.

Lynne and Jim's eldest child and only daughter is Alice Anne Walton, who was born in November 1979. Alice attended Wake Forest University and earned a Bachelor's degree in Spanish. Later, she attended the Stanford Graduate School of Education and graduated with a Master's degree in education policy. Lynne's daughter is also on the Board of Trustees at her undergraduate alma mater.

Furthermore, her eldest child, Alice, is an education advocate and serves as chair of the Walton Family Foundation's board of directors, prioritizing charter schools, environmental concerns, and water-related issues. Apart from this, Alice is a happily married woman; she exchanged wedding vows with Joseph Thomas Proietti on September 6, 2009. Later, Jim Walton's daughter took the surname of her husband. All in all, Alice A. Proietti and Thomas live happily married lives together.

Furthermore, two years after the birth of their first child, the Walton couple welcomed their first son in April, Steuart Walton. Steuart is an American attorney, businessman, and director of Walmart, a multinational retail corporation. He attended the University of Colorado Boulder and earned a degree in business administration. Later, Steuart graduated from the Georgetown University Law Centre with a Juris Doctorate degree.

Besides, Lynne Mcnabb Walton's elder son is happily married to actress and model Kelly Rohrbach. Likewise, Lynne's other two sons, Thomas L. Walton and James M. Walton were born in September 1983 and August 1987, respectively. Thomas is the managing principal of the RopeSwing organization, and he completed his education at Northern Arizona University.

Likewise, Lynne Mcnabb Walton's younger son, James, is a philanthropist, conservationist, and policy advocate. He collaborates with Wend, a social impact fund, to improve the world. All in all, we can see that she has raised all her kids quite well and all of them have grown up and are living their life to the fullest. Lynne is undoubtedly a proud mom.

Lynne is a generous and kind woman who believes in selflessly giving back to her society. Alongside her husband, Jim, they have founded and led the Town Branch Foundation (TBF) with a particular interest in improving education through charter schools and researching techniques to improve results.

The co-founders and co-presidents of the TBF have worked hard to establish this organization, which awards grants to charitable organizations that assist underprivileged children, think tanks like the Heritage Foundation that carry out educational research, as well as private schools and universities. Moreover, a $21,077,911 donation was made to TBF in 2019 by the Rock House Charitable Trust.

In addition, Lynne has also been involved in several other social works, and this giving woman indeed inspires all of us.

While influential business people are constantly on the media's radar, they prefer to keep a low social media presence, which is understandable. Similarly, Jim Walton's wife has kept a low profile and is not active on social media. Furthermore, it is hard for fans to trace what she is up to in recent days as Lynne has kept her personal life low-key. Also, she has hardly made media appearances in recent days.

We hope to see her on social media sites in the future, where she will share a piece of her life with the audience. Lynne, on the other hand, is a strong, influential woman who does everything with love. She is a devoted wife and loving mother, in addition to being a wonderful human being. Although she has remained out of the spotlight, we hope Jim Walton's wife is content and happy. Our good wishes go along her way.