No relationship or wedding is perfect; there are fewer instances of happy marriages. Every relationship and wedding has its highs and lows. While some people refuse to leave their partner no matter what, many people decide to divorce. Similar to Paige Laurie, who is a divorcée, perhaps the happily ever after wasn't intended for her.

Paige is widely acknowledged as the daughter of Nancy Walton Laurie, an American heiress to the Walmart fortune, and as the granddaughter of Bud Walton, the brother and business partner of Walmart founder Sam Walton. She was previously married to her high school lover, Patrick Bode Dubbert. He mainly came into the limelight after his marriage to Laurie.

Unfortunately, the then-couple's happy marriage didn't last long, and they had to bid goodbye to each other. So, what was the actual reason behind their ugly divorce apart from financial issues, poor communication, and other factors that affect a marital life? Let's find out in the article that unfolds below.

In a high school ACT prep class, Paige and Bo Dubbert initially got to know one another, and they went on to date for a short time in their senior year. The former couple resumed their affair when they ran across one other four years later at a nightclub in Los Angeles. Bo asked Paige to marry him in December 2006. When Laurie met her ex-spouse at the club, it was love at first sight for her, and she knew she would marry him.

Later, in June 2008, the former couple exchanged vows in a private yet lavish wedding ceremony. Their wedding planner was Colin Cowie. Nothing was skimped on for this grand event. The wedding and reception took place at the Laurie residence in Columbia, Missouri, but this wasn't your usual backyard nuptial.

In her own words, Paige wanted her wedding event to be formal, elegant, and glamorous but also fun. After their successful wedding, many thought they would last forever; sadly, differences and distance started arising between the couple, leading to their divorce.

On March 7, 2014, the Walmart heiress filed for divorce, citing irreconcilable differences. In a separate civil lawsuit, she charged her ex-husband with stealing thousands of dollars from their Malibu retail business.

According to the lawsuit, Bo persuaded his then-wife to approve hiring a buddy as co-manager before the two men established themselves as general contractors and increased their pay to $70,000 per month. In addition to the other expenses, Laurie said her then-partner also allocated himself an additional $250,000 a year to run the project.

However, according to Patrick, his ex-wife cheated on him and claimed that the charge made by Paige was only a smokescreen to draw attention away from their failed relationship and "spin Paige's image to the public as a victim." Furthermore, he asserted that the latter was trying to divert attention away from her infidelity by faking the accusations of theft.

Nevertheless, it is still unclear if those claims made by the former husband-wife duo were valid, yet, they appear to have moved on with their lives.

Did He Ask For Alimony?

As Paige comes from an influential family, it was evident for Patrick to ask for alimony from her. As mentioned earlier, she is the daughter of Nancy Walton Laurie, whose fortune is worth $9 billion. So, she must have inherited considerably from her mom's side. 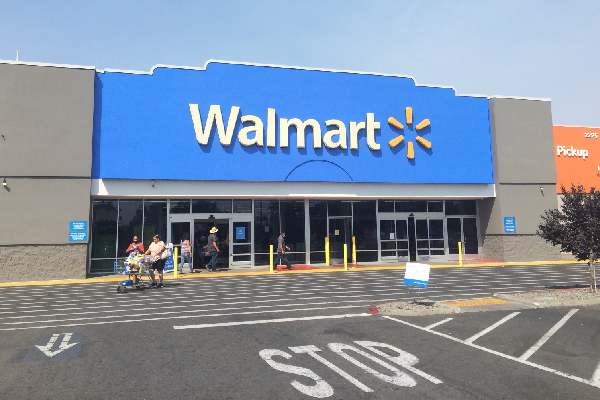 Patrick Dubbert asked for alimony from his ex-wife who is the grandniece of Walmart founder, Sam Walton. Image Source: Social Media.

After their messy divorce, Paige Laurie's ex-husband asked her to pay him $400,000 monthly in spousal support. As per HUFFPOST, his monthly necessities included:

Paige Laurie's ex-husband also asked for a monthly stipend of $2,500 to make charitable donations. Furthermore, Dubbert stated that because he and Laurie co-owned a retail center in Malibu, California, and were accustomed to leading luxurious lives, he needed time to return to the employment market.

Besides, the former couple had signed a prenup entitling Mr. Dubbert to a spousal payment. So, did Patrick receive the amount asked? Well, it hasn't been revealed yet.

Even after being married for a while, the former lovebirds didn't welcome any children. Perhaps it was a mutual decision, but both now appear to be leading separate lives. Moreover, after their not so 'amicable' divorce, Patrick has stayed away from the limelight. Hence, it is unknown if he is dating someone at present or has remarried.

As he has gained immense popularity after marrying Paige, he has always been under the media's radar; hence it is pretty understandable why he prefers to maintain a low social media presence. In addition, it is difficult for fans to follow Dubbert's current activities because he has kept his personal life more under wraps after his divorce battle.

In the future, hopefully, he will be active on social media platforms where he will provide a glimpse into his life with the audience. On the other hand, Patrick Dubbert's ex-wife, Paige, was allegedly dating Todd Kraines.

Has Kept His Early Life A Secret

Patrick was welcomed into this world by his parents in Jefferson City, Missouri, United States. Unfortunately, no information has been publicized regarding his upbringing. Paige Laurie's ex-husband has not been very upfront about his life before marrying her and has kept his childhood private.

Due to this reason, nothing about Patrick Dubbert's mother and father has been disclosed yet. Likewise, he has not been vocal regarding his education. Hopefully, Mr. Dubbert will be more open about his early childhood, including his schooling and family, in the future. Nevertheless, he must be living a content and healthy life with his family.

Overall, Paige Laurie's ex-spouse, Patrick, seems to have moved on and gotten over the stealing allegations he had to face in the past. Although he has stayed distant from the media attention, we hope Dubbert is living a content and happy life. Through this piece, we send him an abundance of luck, good wishes, and support.