Walmart Inc. is an American multinational retail organization with its headquarter in Bentonville, Arkansas, that runs a chain of hypermarkets (also known as supercenters), grocery stores, and discount department stores domestically. Similarly, Nancy Walton Laurie is the heiress to the Walmart fortune. In addition, she is a businesswoman, philanthropist, and devoted mother.

However, today's article is not dedicated to her but her only child, Paige Laurie. This piece discusses seven exciting facts about Nancy Walton Laurie's daughter, such as her personal life, net worth, and professional career. Hence, don't forget to stick with us till the very end.

She Is The Single Child Of Her Parents

Elizabeth Paige Laurie was welcomed by her parents, Nancy and Bill Laurie, in 1982 in Columbia, Missouri, United States. While her mother is the daughter of Bud Walton, business partner and brother of Walmart founder Sam Walton, Paige Laurie's father is a former basketball player turned coach.

Bill currently works as a business executive and is a philanthropist. Paige is the only daughter and single child of her parents. 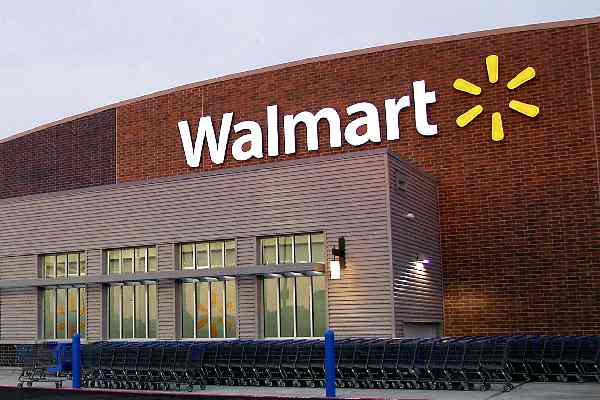 Furthermore, she grew up in an influential household; however, very little is known about her early childhood and upbringing. Likewise, talking about the heiress' educational background, Paige was provided a bachelor's degree by the USC Annenberg School for Communication in May 2004. However, she had to return her diploma for reasons that we shall discuss later in the article.

Her Mother, Nancy Walton Laurie, Is A Billionaire

As mentioned earlier, Paige Laurie's mother, Nancy, is an American heiress whose majority of wealth comes from Walmart's fortune. According to Celebrity Net Worth, she has a whooping net worth of $9 billion which makes her one of the wealthiest people in Nevada.

While Nancy's father died on March 21, 1995, experiencing a stomach aneurysm, she and Ann Walton Kroenke, her sister, inherited his shares in the business. Moreover, the former also owns several properties and is living an extraordinary lifestyle. For instance, Nancy and her husband, Bill, own a large mansion in the suburb of Henderson whose worth is estimated at $20 million. She also owns a lavish 271-foot superyacht worth $300 million.

The Laurie pair also have estates in Columbia, Missouri, and the Bel-Air region of Los Angeles. For over a decade, Nancy has owned land in Bel-Air, assembling a 9–10 acre property composed of about a dozen separate parcels.

Paige Has Several Properties Under Her Name

It's no wonder that Sam Walton's grandniece is exceptionally wealthy because she inherits some fortune from her parents. As mentioned earlier, she belongs to an influential family background of millionaires and billionaires. Hence, Paige Laurie's net worth must also be significant, although the exact amount hasn't been revealed.

Likewise, the blonde beauty has several properties under her name. Amongst her notable properties is the one in Beverly Hills. Paige spent $41.5 million on a lavish modern house in the mountains above Beverly Hills in 2018. Three years later, she spent considerable money refurbishing the home to suit her needs.

Moreover, Paige also makes close to $900,000 a month in stock dividend payments, as per one article.

Paige Laurie Was Credibly Accused Of Cheating At University

Nancy and Bill gave $25 million to the University of Missouri in 2001 to help with the cost of building a brand-new sports arena. The sports stadium was then named after their daughter Laurie following the stipulations of their contribution. It's interesting to note that Paige was, in fact, a student at the University of Southern California at the time of the donation.

A few years following the donation, Paige was plausibly charged with bribing a fellow USC student to do her assignments. The student said that for over 3.5 years, she had completed the heiress's schoolwork and wrote term papers. As a result of the affair, Paige gave USC her diploma back.

Also, the University of Missouri removed Paige's name from the sports arena.

She Is A Divorcée

There's no such term called a "Perfect marriage" or a "Happy marriage"; every relationship or wedding has a set of its highs and lows. While some people stick to their pair no matter what, many choose to walk out and end the marriage. Likewise, Paige is a divorced woman; and maybe, the fairytale wedding wasn't meant for her.

Laurie was married to her ex-lover and high school sweetheart, Patrick Bode Dubbert, in June 2008. Unfortunately, the Walmart heiress filed for divorce on March 7, 2014, citing irreconcilable differences. In addition, she also filed a civil lawsuit where she accused her ex-spouse of stealing thousands of dollars from their Malibu retail business.

While many people know that she is a divorcée, many do not know that Paige Laurie's ex-husband also accused her of cheating. Patrick alleged that his former wife cheated on him while attempting to portray a favorable image of herself to the public. Furthermore, he claimed that the allegations of stealing were fake and that Laurie wanted to shift the entire focus to undermine her infidelity.

Nonetheless, it is still unclear if those allegations made by the former husband-wife duo were factual; however, it seems that both of them have moved on with their lives. Also, Paige's ex-partner had asked her for $400,000 a month in spousal support, and the former lovebirds had signed a prenup entitling Patrick to a spousal payment.

Even after being in a marital relationship for several years, the former couple didn't welcome any children. Maybe it was a mutual decision; however, the ex-duo seem to have moved on to their lives individually. While Patrick has stayed away from the limelight after their divorce, Paige was rumored to be dating Todd Kraines.

However, the rumors are yet to be confirmed yet. Nevertheless, we hope Paige and Patrick both are leading beautiful lives.

While influential business people are always under the media's radar, they prefer to maintain a low social media presence, which is quite understandable. Likewise, Nancy Walton's only kid has maintained complete privacy and is not active on social media handles. After her divorce case, she has kept her personal life more low-key, and it is hard for fans to trace what she is up to currently.

Hopefully, we will find her active on social media sites in the future, where she will share a part of her life with the audience. Nevertheless, Paige is a strong, influential woman who has inspired several people, and many young girls already look up to her. Although she has stayed distant from the media attention, we hope Nancy Walton Laurie's daughter is living a content and happy life. We are sending her an abundance of good wishes, luck, and light her way.