Some people may see Bill Laurie as a guy who is related to the Walton family, but that definitely isn't the only thing he is. He is a former American basketball player and coach, who is currently a business executive and philanthropist.

However, Bill mainly came into the limelight due to his marriage to Nancy Walton Laurie, a businesswoman, philanthropist, and Walmart heiress. So, what sets him apart from his association with the Waltons? Let's learn more about Bill's professional journey and marital life with Nancy in the given short biography.

Bill Laurie Net Worth And Career

Bill started his professional journey as a teacher and basketball coach. At that time, he was engaged in both Christian Brothers College High School and Rock Bridge High School. However, in 1983 he left the job and started managing the family's real estate holdings.

In 1999, Nancy Walton Laurie's husband entered the world of the National Hockey League after launching Paige Sports Entertainment. PSE offers comprehensive and centralized management services to its clients and also owned and operated the Savvis Center and St. Louis Blues in St. Louis.

Aside from his business venture, Bill is also recognized for his contribution and lifelong dedication to basketball as an athlete, coach, benefactor, and executive. As a result, he was the Missouri Sports Hall of Fame inductee of 2003.

Talking about Bill Laurie's net worth, the exact amount is yet to be revealed. While on the other hand, his wife, Nancy, has a whopping net worth of $9 billion. Hence, the Laurie couple must be living comfortably.

In 2001, the Laurie pair donated $25 million to the University of Missouri to construct a new sports arena. Not only that, both also endowed the E. Paige Laurie Professorship for the College of Veterinary Medicine's Equine Center.

Likewise, the big-hearted person and his wife also gave $10 million to the athletics department of the University of Memphis, from where both graduated. Similarly, Bill and Nancy also have donated to a children's hospital, a cancer research center, and a shelter for abused women. From all this, one can easily deduce that Bill is a kind and admirable man.

The business executive has been married to his billionaire partner for several decades now. As already mentioned, Nancy is one of the heiresses to the Walmart fortune. After the demise of his father-in-law Bud Walton, Bill Laurie's wife and her sister Ann Walton Kroenke inherited a stake in the retail corporation. 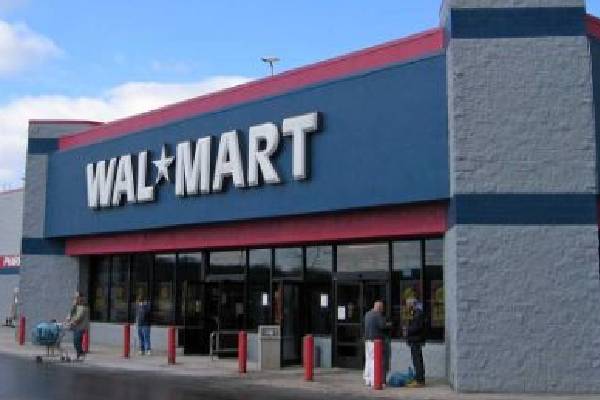 As per some sites, the duo began dating while attending the University Of Memphis. After one year of graduation, they exchanged their vows. Apart from this, not much has been disclosed regarding the pair's marital life. The couple owns multiple properties in several areas.

For instance, the Lauries paid $12 million for the Bel Air property in May 2012. Similarly, they own a gigantic mansion in the suburb of Henderson whose worth is estimated at $20 million. Bud Walton's daughter even owns a lavish 110 meters long superyacht KAOS (worth $300M).

Besides that, the good-looking pair also have a house in Columbia, Missouri. Furthermore, Bill Laurie's spouse is said to have spent  $60 million in expanding their property in Bel-Air between 2001 and 2020. Hence, we can safely say that the lovebirds are enjoying a lavish lifestyle.

Alongside enjoying blissful marital life with Nancy, Mr. Laurie is also blessed with a child. Bill Laurie's daughter, Paige Laurie, arrived in 1982 in Columbia, Missouri. The former and his partner had obtained naming rights for their donation to MU's new sports arena in 2001. The couple named it after their only child but had to give it up after Paige's cheating scandal was exposed.

Not just that, unlike her parents, Paige has been unlucky when it comes to relationships. She was previously married to Patrick Bode Dubbert. However, on March 7, 2014, she filed for divorce, citing irreconcilable differences. Moreover, the Dubbert-Laurie duo didn't end their marriage amicably instead, there were cheating and stealing allegations involved. As of now, it seems that both of them have already moved on with their lives.

Has Kept His Early Life A Secret

The former coach was born in July 1952 in Versailles, Missouri, USA. Nancy Walton Laurie's husband has kept his childhood private and remained low-key. As a result, nothing about Bill Laurie's mother and father has been disclosed yet. Hopefully, Mr. Laurie will be more open about his early childhood and family in the future.

Talking about his academics, the Versailles native graduated from the University of Memphis, as already mentioned before. During his college years, he used to be part of the Memphis Tigers men's basketball team and competed as a point guard in the 1973 NCAA championship game.

All in all, we hope Nancy Walton Laurie's husband reveals more about himself in the forthcoming days. In addition, we hope he will continue his good deeds as he is doing now.