Here Are The Top 7 Highest Paid MLS Players In 2022

MLS is one of the up-and-coming leagues in the world and has some of the top earning soccer players. Image Source: Wikimedia Commons.

Major League Soccer (MLS) is a popular league filled with massively experienced players and a gifted pool of young athletes. With the recent rise of the league, many have claimed it to be a retirement home for aging stars from Europe. MLS is also notable for paying its players in the range of that of other top leagues such as the Premier League, LaLiga, Serie A, and more.

So, how much do the MLS players earn? Generally, a soccer player in Europe has considerable earnings, likewise, people are eager to know the case in the US. So, in this article, let's learn about the top seven most paid soccer players in the MLS.

Josmer Volmy Altidore is an American professional player who is currently on loan at Mexico's Puebla Club from New England Revolution. Having played 17 games for the latter team after being traded by Toronto FC, Altidore has managed to make quite a name for himself. Having also featured in the US national team, he must have amassed quite a sum. With a big career and performance, Jozy Altidore's salary is now $3.6 million per year. 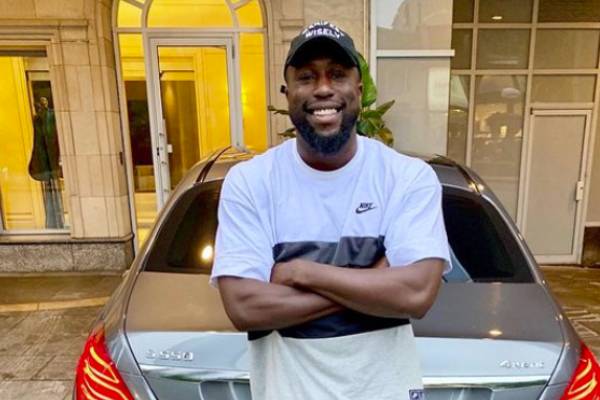 Altidore led Toronto to three Eastern Conference playoffs and guided them to the 2017 MLS Cup victory. Not just that, Jozy also won the Canadian Championship for three straight years from 2016 to 2018. After making his professional debut in 2006, he went on to become the youngest player ever to score in an MLS game. He also won the CONCACAF Gold Cup with the national team in 2017.

Having played for former Premier League team Sunderland and Eredivisie's AZ, Jozy must have amassed a significant amount of wealth. Aside from that, in 2017, he signed endorsement deals with Puma after being sponsored by Adidas for many years. Thanks to his multiple sponsor deals and salary, Jozy Altidore's net worth is $8 million.

Josef Alexander Martínez Mencia is a Venezuelan professional soccer player who currently plays for Atlanta United. Ever since making his MLS debut in 2017, Martinez has scored more than 80 goals in the league. As he has played over 100 matches for the team and won MLS Most Valuable Player and Golden Boot in 2018, Josef Martinez's salary being $3.75 million doesn't come as a surprise. 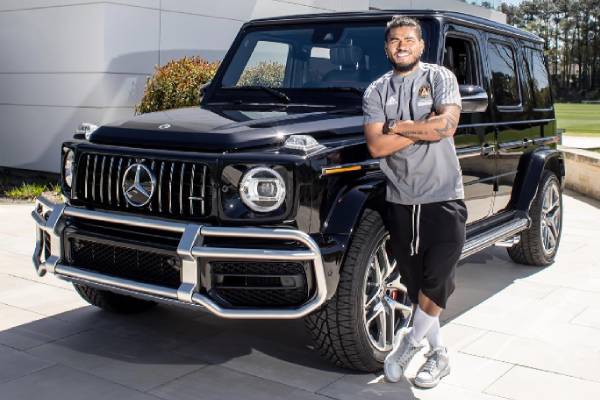 The Venezuelan striker scored a century of goals, faster than any player in the league history in just 125 games. Moreover, he has signed a merch deal with Adidas for jerseys, so that must make him a ton of money. Likewise, he signed a five-year contract with Atlanta in 2018, with a guaranteed compensation of $4.1 million.

Hence, with all the firepower he has unleashed over the years, Atlanta seems to have all the faith in the player. Hence, considering all the success, Josef Martinez's net worth must be massive.

The second Atlanta United player to make it to the list is Brazilian athlete Luiz Araujo. Born Luiz de Araujo Guimares Neto, the talented youngster started in Brazil before leaving for French club Lille in 2017. With four years of experience in Europe, Araujo decided to travel to America, where he has already scored eight goals in 27 games. Hence, with all the success, Luiz Araujo's salary is $3.9 million per year. 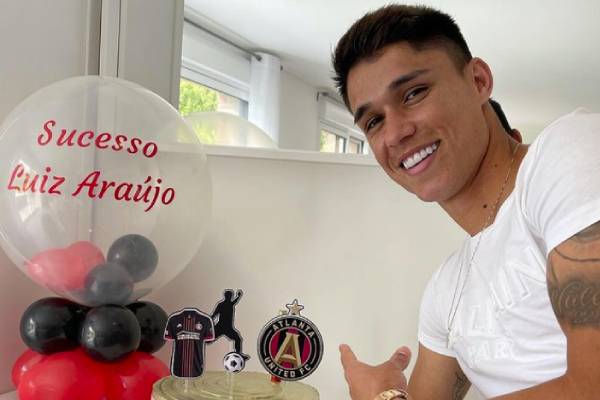 Luiz's base salary from Atlanta United is $3.6 million with a guaranteed bonus of $341,667. This amount is as per his contract signed in August 2021. Also, he has signed a sponsorship deal with Adidas for sports kits which must earn him a significant amount of money. Hence, Luiz Araujo's net worth must be a notable figure.

Alejandra Pozuelo Melero is a Spanish soccer player who currently plays as an attacking midfielder for Inter Miami CF. Having come from European teams, he has brought in a lot of experience to two of the MLS teams so far. With over two decades of soccer playing experience, Alejandra Pozuelo's salary is $4.69 million annually, as of now.

As per SalarySport, Pozuelo earned $73,049 (£60,000) per week when he was playing for Toronto FC. He must have signed a bigger contract after being transferred to Inter Miami CF. Likewise, he won the 2020 Canadian Championship and was named to the MLS All-Star Game in 2019, which surely increased his income. Hence, Alejandro Pozuelo's net worth must be significant.

Gonzalo Gerardo Higuain is one of the most well-known soccer faces in the world as he has donned the jerseys of some of the top teams such as Real Madrid, Juventus, Chelsea, and Napoli, among others. He currently plays for Inter Miami and has scored 20 goals so far. Gonzalo Higuain's salary as of 2022 is $5.7 million. However, Miami Herald reports his base salary to be $5.1M.

Here are some of Gonzalo Higuain's earnings:

Higuain earned $280,024 (£230,000) per week, which totals to $14.5 million (£11.9 million) while he was playing for Juventus in 2020. After signing with Inter Miami, Gonzalo became the highest-paid player in the MLS at that time. He must also have endorsement deals with renowned brands. Hence, Gonzalo Higuain's net worth is estimated to be $16 million.

Coming at the second number on our list is Javier Hernandez. Born Javier Hernandez Balcazar, he is often called one of the best players in the league. Commonly known as Chicharito, the athlete came to the MLS after playing for several top European clubs. Having started his career at Guadalajara in his homecountry, the Mexican star joined Premier League's Manchester United, followed by teams like Real Madrid, Sevilla, and West Ham United.

Afterward, Javier signed a deal with LA Galaxy, which pays him $6 million a year. 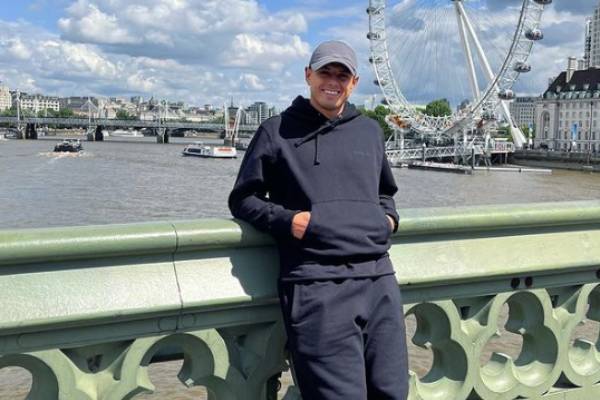 Hernandez signed a sponsorship deal with Herbalife Nutrition through the 2023 season as its official sports nutrition partner in June 2020. Likewise, he penned another deal with Adidas in 2017 and is still involved with the company. Adidas has also launched the sportsman's signature merch.

Hence, Javier Hernandez's net worth is estimated to be $30 million. He has also invested his hard-earned fortune in multiple properties. For instance, the Galaxy striker bought a home in Beverlywood, Los Angeles, in 2020, for $5.6 million. The house has over 6,555 square feet of living space and six bedrooms. It also housed a pool, a spa, and a large grassy lawn with a two-car garage out front. Later, he sold the house for $6.8 million in June 2022.

Finally, the highest-paid MLS player on our list is none other than Carlos Vela. Carlos Alberto Vela Garrido is a Mexican professional soccer player who captains the Los Angeles FC. The renowned athlete has been playing as a striker for the team since 2018 and has scored 64 goals for them.

Since he is one of the top players in the league, Carlos Vela's salary is $6.3 million as per USA Today. However, Spotrac reports his annual pay to be $4,050,000. Aside from the team, Vela makes earnings from his sponsorship deals. He signed a sponsorship deal with BODYARMOR in February 2020. He also became the ambassador in 2020 in Tecate Taps' new 'Mexico is in US' brand campaign. 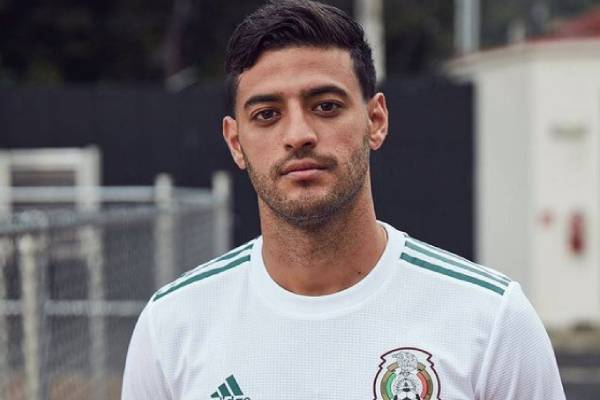 Carlos Vela is the highest paid MLS player and arguably has been the best player in the league for a while. Photo Source: Carlos Vela's Instagram.

Though Vela's salary amount varies as per different sites, there is no doubt that he is earning multi-millions each year. Thus, Carlos Vela's net worth is a whopping $20 million. Like the above-mentioned soccer players, drummers are said to make immense earnings.

Hence, from this list, we can deduce that MLS soccer players can earn a significant amount of money. That should not be a surprise since they put in a lot of hard work with great physical performances on a weekly basis. Let's hope they can keep entertaining us and get the income they clearly deserve.