Basketball devotees and sports enthusiasts must be familiar with the name Becky Hammon. Born Rebecca Lynn Hammon, she is an American-Russian professional basketball coach and former player who serves as the head coach of the Las Vegas Aces of the Women's National Basketball Association (WNBA). Furthermore, Becky has also engaged herself in a very happy and healthy relationship.

The strong-headed coach is happily dating Brenda Milano. Well, as 'Love is something that sees no gender, no color, and no race,' both women are sharing a happy life. So, let's get to know Milano a little better and understand what she does for a living and how she has maintained her lifestyle. Hence, dig into this article, which provides you with five interesting facts about Becky Hammon's partner.

Brenda was born and raised in the United States of America by her loving parents. Despite being in the limelight, she seems to like a private and confidential lifestyle. This is why little is known about Brenda Milano's parents, childhood, and siblings.

While Brenda was at college, she was an active basketball player. As she was passionate about a particular sport since early childhood, nothing stopped her from playing. Likewise, during her four seasons long playing stint, Milano guided her college team to 48 wins. Also, Becky Hammon's partner was one of the finest Wagner athletes who recorded 1,046 points in 84 games played.

Aside from that, the sportswoman earned many accolades, including First Team All-NEC, Most Valuable Player, Preseason All-NEC First Team, NEC Rookie of the Week (3X), and NEC All-Newcomer Team. She also ranked among the top ten with 148 steals and 382 assists. But unfortunately, she faced a severe knee injury which led to the end of her playing career.

While Hammon's coaching prowess is known by many, did you know her lady love also worked in the same field? Well, Milano's coaching interest was sparked by her knee injury, which kept her on the sidelines most of her senior year. During that time, the then-student-athlete began seeing the game from another perspective.

As Brenda has always loved and been passionate about basketball, she was still determined to stay in the sport. Then, she decided to involve herself in the basketball field as a coach, given that her playing career had ended.

Likewise, at the beginning of her coaching career, she worked as a graduate assistant at Seton Hall University from 1996 to 1998. Later, Becky Hammon's partner served as the assistant WBB coach/ recruiting coordinator at Hofstra University from 2002 to 2003. The same year, Brenda was hired as St. Francis College's women's head basketball coach.

Also, in 2010, Milano was inducted into her alma mater, Wagner College's Hall of Fame. Likewise, the former basketballer served as the Terriers' head coach for nine seasons, guiding them to the NEC playoffs three times. However, in 2012, she was replaced by John Thurston, who returned to coach the team for the second time. Since her departure, she hasn't been active on the basketball field and has stayed away from the media limelight.

Nevertheless, from her notable playing and coaching career, Milano must have amassed a sizable fortune. It must have added to Brenda Milano's net worth. Also, Milano's partner, Becky Hammon, has an estimated net worth of $500 thousand. So, overall, they must be living a comfortable lifestyle.

As mentioned earlier, Brenda is sharing a beautiful relationship with the WNBA coach. The duo has been together for several years, and they are profoundly in love. Although the lovebirds have kept their romantic relationship private, their chemistry and bond are visible through their adorable Instagram posts.

Likewise, their love inspires many people who are afraid to be with someone just because of their gender. So, it is safe to say that the lesbian couple's relationship is a celebration of love, known and unknown. Besides, Brenda's girlfriend is a popular figure on the basketball field and has been supportive of her beau. 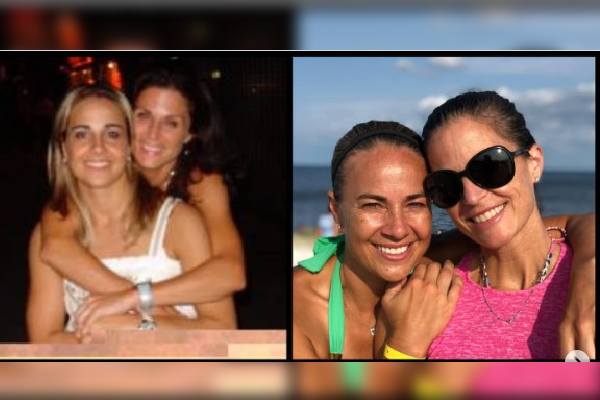 Brenda Milano and her partner, Becky Hammon have been together for several years. Image Source: Becky Hammon Instagram.

Furthermore, it is unknown whether the duo has married or not, as neither of them has publicly announced their marital status. However, several sites have mentioned Milano as Becky Hammon's wife. Nonetheless, they have been happily living together and also share a beautiful home. Hopefully, we will hear more about their relationship and wedding in the coming days.

Similarly, the pair of Rachel Paulson and Kelly Hrebenar are another LGBTQIA+ couple whose story is pretty inspiring.

Has Adopted Two Sons With Her Partner

Brenda, alongside her lover, Becky, has adopted two sons, Samuel Hammon and Cayden Hammon. The lovebirds are co-parenting these adorable boys. Likewise, Cayden is Becky and Brenda Milano's elder son, and Samuel is the youngest, who turned four in May 2022. 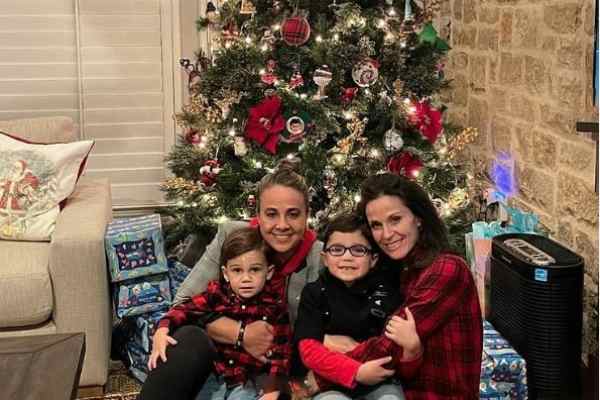 Milano's partner, Becky, is often seen posting videos and pictures of their children spending time together. Moreover, Brenda Milano's children are very young, so it is too early to discuss their professional careers. Nevertheless, she is a fantastic mom to her kids, who are enjoying a joyful life.

Nevertheless, Becky Hammon's partner must be happy with her decision to stay away from the media limelight. Even though Brenda has kept a low profile, her coaching and playing days are still fondly remembered by many. So, will we see her returning to the coaching field? One can only wish.

Finally, we wish Milano and her entire family luck, light, and success.