People who love watching films must be familiar with the name Alexander Payne. The media personality is a renowned American film director, screenwriter, and producer. He is a recipient of two Academy Awards for Best Adapted Screenplay and a three-time Oscar nominee for Best Achievement in Directing.

The director is a loving husband and enjoys a blissful marital life with his wife, Maria Kontos. Although it is not a piece of new information for his longtime fans, it might be so for his new fans and some people. Hence, this article features the beautiful pair's relationship timeline, marriage, past love affairs, and many more, which will help them learn about Payne and Kontos as a couple.

Both Of Them Are From Greece

Before we get into the duo's relationship timeline, let's get to know a little more about their early life and career. Well, the husband-wife duo are of Greek ancestry. Although Alexander was born in Omaha, Nebraska, U.S., his family comes from three areas of Greece: Syros, Livadia, and Aegio. His original family name used to be "Papadopoulos," which was later anglicized by Alexander Payne's paternal grandfather, Nicholas "Nick" Payne. He became an honorary citizen of Aigio in 2016.

The Omaha native majored in Spanish and History at Stanford University and later got his MFA from UCLA Film School. Having directed, written, and produced numerous movies, he is mainly recognized for the films Citizen Ruth, About Schmidt, Sideways, The Descendants, Nebraska, and Downsizing.

On the other hand, Alexander Payne's wife was born on August 15, in the late 1980s, in Aigio, Achaea, Greece. Maria, who also goes by Maria Payne, is about 27 years younger than the filmmaker, who was born on February 10, 1961. As for her educational background, she studied language and history at university.

Likewise, Mrs. Payne is a philologist by profession, meaning that she engages in the study of language in oral and written historical sources. As a philologist, she must also be knowledgeable about the intersection between textual and literary criticism, history, and linguistics.

Met At Their Hometown

The husband-wife duo met for the first time in May 2014, when the screenwriter visited Aigio while attending an event. The place is his hometown in Greece, which is also his partner's birthplace. At the time of their encounter, Alexander was 54, and Maria was 27 years old. As per Protothema, following their meeting there, Alexander continued his trip to Athens, where Maria accompanied him, giving him a tour of the Acropolis Museum. 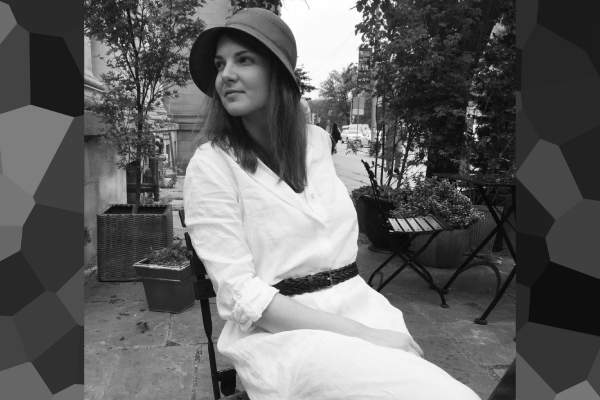 Alexander Payne and Maria Kontos met each other in Aigio, their hometown in Greece, in May 2014. Image Source: Maria Payne's Facebook.

It didn't take long after that for the pair to realize that they were meant for each other. They continued to talk with one another even after the award-winning director returned to the U.S. About a month later, the philologist decided to leave her then-life behind and begin a new journey along with the man of her life. And just a year after their first meeting, Payne and Kontos got married.

Had A Religious Wedding Ceremony

After falling in love at first sight, the lovebirds got married in September 2015. The wedding was a civil one, and the ceremony was held in private. Alexander Payne's wife later changed her relationship status on her social media handle to that of married. Moreover, the couple had planned to hold another wedding ceremony, a religious one, in Greece.

According to sources, the religious marriage ceremony was set to be held in November 2015 in Aigio, Greece, Payne and Kontos' hometown, and the very place the two first met each other. Ever since then, the smitten pair have been enjoying a blissful marital life together. They attended the premiere of Payne's sci-fi motion picture comedy movie, Downsizing, at the Regency Village Theatre, Los Angeles, as a married couple in December 2017. We wish them more happiness and prosperity in their marriage.

Just like them, Sean Douglas and Rachel Bartov are married and enjoy a comfortable and happy life together.

Loving Parents To Their Child

Since their marriage in 2015, Alexander and Maria have welcomed a new member into their family. They are doting and loving parents of their little daughter. In a 2018 interview for The Guardian, the former refused to reveal his kid's name. However, Maria Kontos' husband disclosed the name to the interviewer, Jonathan Romney, off the record, and according to him, Alexander Payne's daughter has a rather poetic and very Greek name.

Well, folks, don't worry for Alexander and Maria Kontos' daughter's name has already been revealed. As per IMDb, the Payne couple's little bundle of joy's name is Despina Evangeline Payne, and she was born in 2017. Though not much has been revealed about her, there is no doubt that Payne and Kontos are raising her with utmost love and care.

Past Relationships Of The Pair

Both Payne and Kontos appear to be private people who prefer to lead a low-key life. Hence, the two have not revealed much about their past love affairs. However, it is well-known that Alexander had been married before. Before he met his now-wife, he tied the knot with his former partner, Sandra Oh. Alexander Payne's ex-wife is a renowned Canadian–American actress, best known for her roles as Rita Wu on the HBO comedy Arliss and Dr. Cristina Yang on ABC's Grey's Anatomy.

The one-time couple dated for three years before getting hitched on January 1, 2003. They also collaborated on the 2004 released film Sideways. After staying together for about two years, the ex-pair announced their separation in March 2005. Their divorce was finalized in December 2006, and the former lovebirds settled their finances in the following years. Hopefully, Maria will also share about her previous relationships and dating life in the days ahead.

Likewise, we also hope to get to learn more about little Payne in the upcoming days. Nonetheless, Alexander and Maria must enjoy a comfortable and happy life with their daughter. We wish more success, good health, and happiness to the Payne family and their loved ones.