In today's world, many have used technology to not only share their life but also earn millions through it. Instagram, YouTube, and other social media sites have made it easier to earn a considerable sum for many people today.

So, in this article, we will look into the 7 highest paid social media stars, their net worth, and the earning source.

Eleonora Pons, better called Lele Pons, is a Venezuelan-American internet celebrity, YouTuber, singer, and actress. The 24-year-old has 44.2 million followers on Instagram, 23 million followers on TikTok, and has 17.7 million subscribers on YouTube. In addition, her net worth is $3 million, making her one of the highest-earning social media stars.

Aside from her influencing career, Pons is also an accomplished singer with songs like Celoso, Dicen, and Se Te Nota, having RIAA Platinum certifications. The internet star earns a reported $5.5 million yearly from her YouTube channel and charges $142,800 per post on Instagram.

She is dating rapper Guaynaa, and the pair seem perfect for each other. The former vine star is also seen goofing around with her best friend Hannah Stocking, an internet celebrity herself. She also has her YouTube Original docuseries, The Secret Life of Lele Pons, and hosts her own Spotify-exclusive podcast, Best Kept Secrets with Lele Pons.

Pons is also the brand ambassador of CoverGirl and has her own jewelry collection called UNO Magnetic. As for Pons' life outside of social media, she is busy with her acting & music career and frequently changes her hair color depending on her outfit. Nonetheless, Lele's fortunes are primarily from her social media, which now is being transitioned into acting & music ventures.

American YouTuber, gamer-commentator, podcast host, comedian, and actor Mark Edward Fischbach is better known as Markiplier. Originally from Hawaii, the 31-year-old has a net worth of $35 million, mostly amassed from his social media presence.

He has 29.4 million subscribers on YouTube and earns an estimated $497,500 - $8 million yearly. The gamer also is the co-founder of the clothing company Cloak and has voiced the character 5.0.5 on the Cartoon Network series, Villainous. Since 2014, Fischbach became a board member of comic book publisher Red Giant Entertainment. 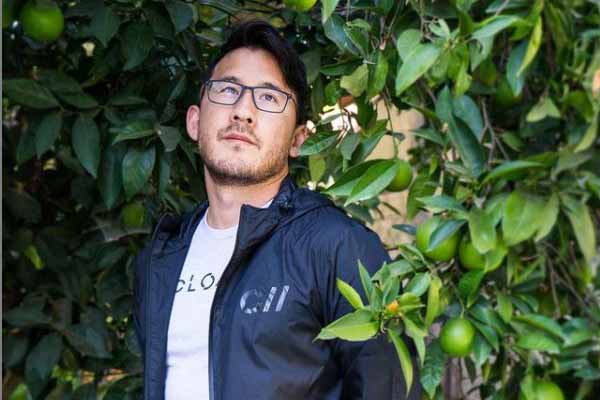 From his clothing line, the most expensive product is the PW Octo Depp BlueCloak which is priced at $94. Some other products are polarized shades, hoodies, cropped tees, t-shirts, joggers, and many more. Mark has also participated in multiple charity fundraisers and has donated more than $3 million through such events. He also donated $490,000 to the Cancer Research Institute and was awarded Oliver R. Grace Award for it in 2020.

In addition, looking into his lifestyle, Markiplier is a regular guy who enjoys spending time with his dogs and his girlfriend Amy Nelson. He is signed with influential Hollywood talent agency William Morris Endeavor.

American fitness model, YouTuber, vlogger, and former vine star Sommer Ray has a net worth of $8 million. The 24-year-old has won several bodybuilding and fitness competitions and has amassed a massive online fan following. She is also part of 'Clout Gang,' a group of popular YouTubers, and has launched a fitness app called Evolve Fitness. 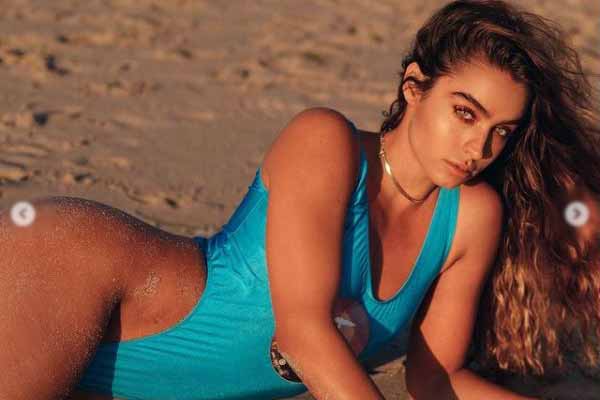 Ray is also the founder of Imarais Beauty, a plant-based & sugar-free skincare gummies called Glow priced at $49. The multi-faceted fitness mogul has also partnered with Notorious, a digital agency, and design studio. In addition, her clothing line is named after her, Sommer Ray's Shop, which has mostly summer apparel and accessories for an affordable price.

Apart from maintaining a healthy life and spending time on the beach, Sommer Ray owns the latest Mercedes GLE Coupe, priced at $100,000. Ray is the perfect example of hotness and one of the pioneers who made Yoga pants trending.

American internet personality, filmmaker, and illusionist, Zach King is known for his "magic vines," which are six-second videos digitally edited to look as if he is doing magic. The 31-year-old has a net worth of $3 million, mostly from his TikTok with 45 million followers.

In 2010 he won the Hewlett-Packard commercial contest, and in 2013, he won YouTube's NextUp Creators Contest. He and his wife Rachel Holm also competed on the reality game show The Amazing Race in 2015 but got eliminated in the 9th stage.

Despite gaining fame for becoming a TikTok star, King also earns an estimated $71.1K - $1.1M yearly from his YouTube channel. The influencer also earns $48K to $81K per post on Instagram. 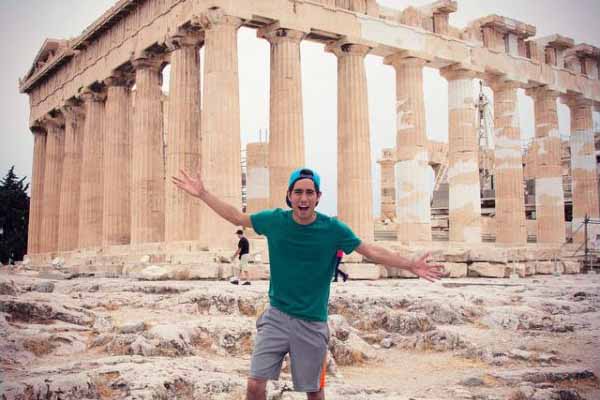 Zach King sells numerous pieces of merchandise on his website, ranging in prices from $4 to $35. He sells sweaters, tank tops, t-shirts, stickers, his own brand of playing cards, hoodies, hats, and his books. His "Magic Broomstick" on TikTok gained 2.1 billion views in only four days and earns up to an estimated $41,791 per post on TikTok.

He is mainly seen goofing around with his magic tricks and spending time with his family on his social media. He resides in the community of Rossmoor, an unincorporated community in Orange County, California.

Ryan Kaji is surprisingly the highest-earning YouTuber star at just the age of nine. His channel Ryan's World, previously known as Ryan ToysReview, has 29.9 million in which one of his videos titled Huge Eggs Surprise Toys Challenge has over 2.0 billion views.

His net worth is $32 million, mostly amassed from his YouTube channel, where he earns an estimated $1.3M - $21.6M yearly. His channel usually releases a new video every day. As per Forbes, he earned $29.5 million in 2020 from YouTube and other ventures.

At the Toy Fair 2018 in New York City, Kaji announced a toy line, branded as Ryan's World, in cooperation with PocketWatch and Bonkers Toys. The toys were first released exclusively at Walmart on August 6, 2018. Ryan's family has licensed Ryan's name and likeness to over 5,000 "Ryan's World" products, including toys, action figures, face masks, and even bedroom decor. 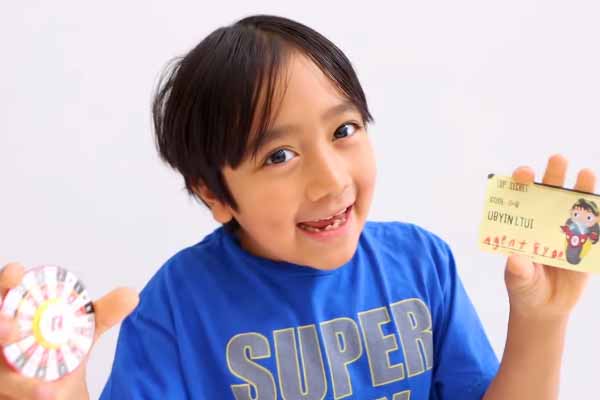 Ryan Kaji has bought houses for his family from his earnings at a young age. Photo Source: Social Media.

Ryan Kaji's family produces videos, as his parents bought a large production studio for $1.2 million in 2017 in the Houston suburbs. They also own a 6,200 square-foot house with a large swimming pool. It is only one of the three properties Ryan's family owns in the area. They also own a 5-bedroom, five-bathroom house worth $1 million in a nearby gated community and a more modest $190,000 three-bedroom home purchased in 2014.

Huda Kattan is the highest-earning internet celebrity with a net worth of $510 million as per Forbes. American makeup artist, beauty blogger, and entrepreneur is the founder of the cosmetics line Huda Beauty. Based in Dubai, Kattan started Huda Beauty with her two sisters in 2013 when she couldn't find false eyelashes to buy.

Thanks to her thriving beauty empire, Kattan has over 41 million followers and gets a whopping $91,300 per post on Instagram. Huda Beauty sells more than 140 products, ranging from eyeshadow pallets to lip gloss, which brings in at least $250 million in annual sales. 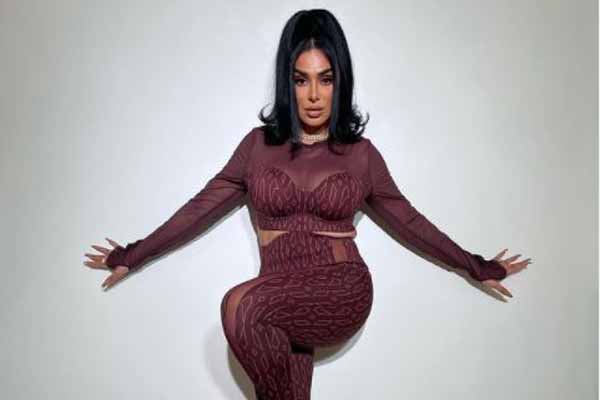 TSG Consumer Partners acquired a small minority stake at the end of 2017 in a deal that valued the company at $1.2 billion. Additionally, Kattan announced that Huda Beauty would donate $500,000 to the NAACP Legal Defense and Educational Fund. Huda Kattan also uses her platforms to speak up about the forced evictions in Palestine & donated $100,000 to Médecins Sans Frontières to support them.

The gorgeous entrepreneur also donated $100,000 to Help India Breathe, a COVID-19 relief fundraiser launched by former monk Jay Shetty and his wife, Radhi Devlukia-Shetty. Of course, she's the Middle East's most revered beauty blogger, and her incredible Dubai villa has more to than just a luxurious walk-in wardrobe and immaculate makeup station.

Also Read: Here Is A List Of Top 5 Fortnite Winners With Their Respective Winnings

Jimmy Donaldson, better known as MrBeast, is a famous Youtuber whose channel is popular for its stunt content. His channel also features him doing bizarre and unique challenges. In addition, Jimmy has worked alongside other notable YouTubers such as PewDiePie, MatPat, Sidemen, Dream, etc.

The social media personality began his journey at the age of thirteen, where he used to post videos about gaming and estimating the wealth of other YouTubers. As of June 2021, Jimmy Donaldson has six YouTube channels. His main channel MrBeast has 64 million subscribers and has $113.1K - $1.8M monthly and $1.4M - $21.7M yearly earnings.

His other channels, MrBeast2 has 3.04 M, Beast Reacts has 8.58M, MrBeast Shorts has 7.86M, MrBeast Gaming has 19.2M, and Beast Philanthropy has 4.41M subscribers. From his YouTube channels alone, Jimmy Donaldson is earning millions per month. 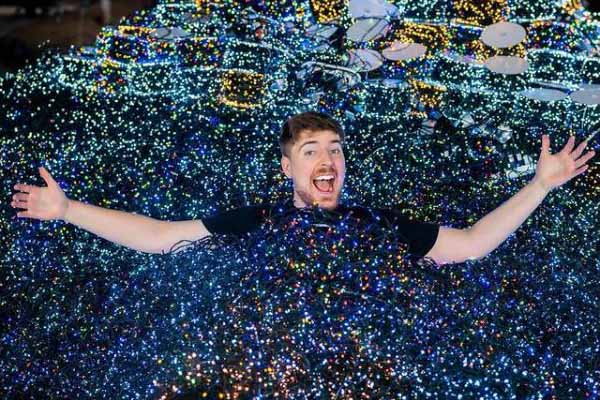 Mr. Beast's completes the unique and never heard of challenges and posts them on his YouTube channel. Photo Source: Mr. Beast's Instagram.

The social media influencer has also been awarded for his hard work and creative content. Streamy Awards awarded him Breakout Creator in 2019. In addition, Mr. Beast has also won YouTuber Of The Year at the 12th Annual Shorty Awards.

Alongside earning, Mr. Beast has also done charitable works. He is a philanthropist, and his YouTube channel Beast Philanthropy provides donations, food, and monetary support to needy people.

In addition, Donaldson has also joined forces with fellow YouTuber Mark Rober in fundraising $20 million for the Arbor Day Foundation in 2020. The theme of the project was to pledge the audience to plant one tree per dollar.

Apart from the aforementioned social media stars, many others also earn millions from their online career. As a result, they have enjoyed a lavish lifestyle.

The stock market is one of the most popular and lucrative ways for individuals to invest ...