Home Featured Articles Here Is A List Of Top 5 Fortnite Winners With Their Respective Winnings.

Fortnite is a multiplayer video game released in 2017. It was developed by Epic Games with two multiplayer game modes and a creative mode where a player is given a chance to explore the game's creativity. In addition to its success in its release year with a million downloads across various gaming platforms, over 350 million users have enjoyed the game worldwide as of 2020.

Fortnite has become a cultural event for the game's fans. Many young generations who enjoy the game have been able to make a living out of it through various streaming platforms like YouTube, Twitch, and other major esports tournaments, which are held annually. As the gaming cultures getting bigger, esports events have risen to prominence, with annual tournaments adding millions of dollars to the prize pool. Video games like DOTA 2, CS: GO, Fortnite, League of Legends, and PUBG hold esports tournaments with prize money ranging from $4 million to $40 million.

The 2019 Fortnite world cup had a total prize pool of $30 million with $50K guaranteed to all finalists. Such a big prize pool was declared after Epic Games pledged to spend $100 million on Fortnite's esports events. So far, Fortnite has awarded $99,362,917.41 in 673 tournaments. As mentioned before, many professional gamers have won millions of dollars throughout various Fortnite tournaments and other video games. The 2019 Fortnite World Cup Finals saw a competition for over $30 million and was watched by over two million people. Fortnite's highest earners have made millions of dollars via participating and winning multiple championships. Let us take a look at the top 5 professional Fortnite gamers who have earned a massive fortune through the video game with their respective winnings.

Kyle Giersdorf, notably known as Bugha, is a famous American Fortnite streamer and professional esports player signed by Sentinels, an esports organization. After becoming the first Fortnite World Cup Finals solo champion against 40 million players worldwide, the high school kid became a gaming sensation among the younger generation. Bugha won the prize money of $3 million in the world cup finals. The Fortnite world cup champion instantly became a multi-millionaire after proving his skills in the tournament held in Arthur Ashe Stadium in Queens, New York. The young gamer has also participated in other Fortnite events, which has added more than $3 million to his bank account. According to various sources, Kyle Giersdorf's net worth is estimated to be about $4 million. The young gamer is endorsed and sponsored by various companies, which adds to the gamer's fortune. 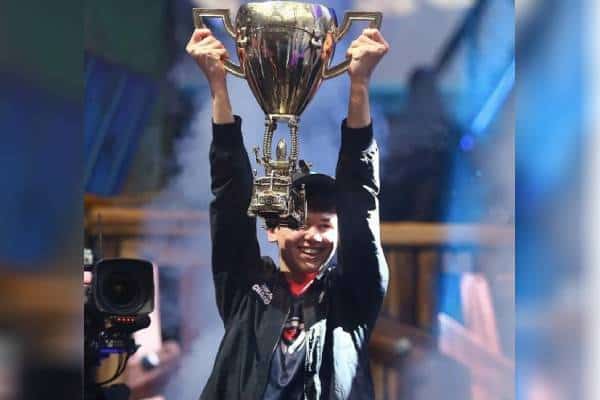 Kyle was born on December 30, 2002, in Pennsylvania. His parents Glenn Giersdorf and Darcy Giersdorf, were present during his tournament and witnessed their son make history. He won first prize with 26 points ahead of second-place winner "Psalm." The tournament has changed Bugha's life as he earned massive fame and fortune through a video game. Today, the Fortnite legend still participates in various tournaments and has an enormous following in his streaming platforms, YouTube, and Twitch. The gamer's first win was in a Microsoft squads event, earning his share of $5K for second place. Following his victory, Bugha was invited to various interviews and TV shows, including The Tonight Show with Jimmy Fallon.

In addition to his victory royale, Kyle was awarded the PC Player Of The Year and PC Rookie Of The Year in 2019 by the Esports. Followed by his new fame, he was even featured in a Super Bowl commercial. Bugha played Fortnite for a long time, but his win in the Fortnite world cup has made him share his gameplay to a much larger audience through streaming platforms. The professional gamer has his own YouTube channel with 3.81 million subscribers. According to Social blade, his YouTube earnings adds about $34K to $556K to his income annually. According to esports earnings, Kyle Giersdorf won approximately $3,141,395.05 in the world cup finals. Bugha's fame and fortune have been highly associated with his finals win, which has made the gamer a multi-millionaire overnight.

David Wang or better known as Aqua is an Austrian national and the winner of the Fortnite world cup duo finals with his partner Nyhrox. The gamer won the massive prize pool money of $3 million with his duo partner Nyhrox (Emil Bergquist Pedersen) and shared the winnings. The young video gamer is ranked No.1 in his country ranking in Fortnite and has won over $200K in tournament earnings. His winning in the world cup final made the Austrian national a millionaire with a cash prize of $1.5 million to his name. 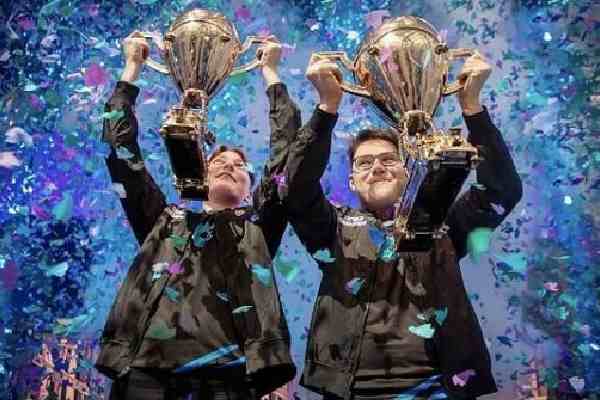 The pro-gamer currently participates in various Fortnite events and is continuing his professional gaming career. The gamer is also active on his YouTube channel with 343K subscribers with over 15 million views. Aqua's endorsements and tournament wins have helped him accumulate a lot of wealth.

Alum Harrison Chang, notably know as Psalm, placed second in the Fortnite World Cup finals behind winner Bugha, who topped the table with 26 points in front of him. Alum managed to stay in second place with 33 points, winning the prize pool of $1.8 million. Alum was born and raised in Southern California, where he lives with his family to this day. His parents are from South Korea and support their son's career very much. The veteran gamer started his video game journey when he was just five years old. Psalm dropped out of the University of California Los Angeles (UCLA) to pursue a professional gaming career as the esports community started growing more prominent. 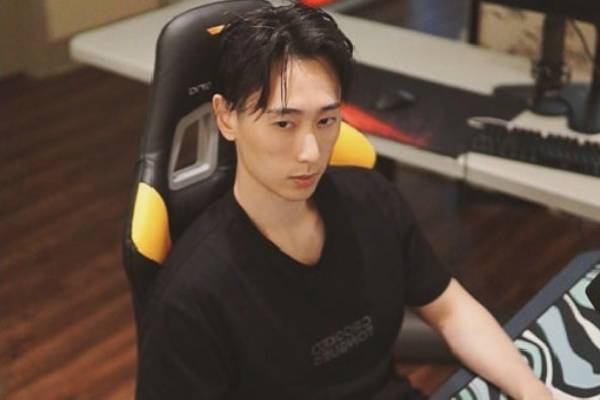 The professional gamer plays Fortnite and various other shooting games and has participated in over 44 tournaments. He was also a Dota player with some big names in the gaming industry, earning significant figures through various tournaments in other games. Fornite grabbed his attention after they announced their $100 million investment towards gaming events, making him switch to Fortnite and practice the video game. His gaming skill managed to help him win one of the largest gaming events in second place, making him a multi-millionaire right then. Though Psalm's net worth is not revealed to the public yet, we can assume that the pro gamer has earned millions.

Despite his major win and earning significant fame and fortune through the tournament, Psalm decided that he is done with Fortnite and moving on to Valorant, a multiplayer first-person shooter game developed by Riot Games. Psalm has thanked Fortnite for giving him a chance to accomplish something and hopes to become the most decorated player in gaming history. The professional gamer has more than 18K followers on his Instagram account.

Emil Bergquist Pedersen is one of the first-place winners in Fortnite's World Cup Duos Final alongside partner Aqua. The duos managed to win the finals grand prize pool of $3 million and share it straight down the middle. The win earned the Norweigan over $1.5 million, making him a millionaire in his own right. Various tournaments winning and YouTube streamings may have helped Emil increase his total net worth. Nyhrox's net worth is not disclosed to the public yet, but it would not be a mistake to say that the Fortnite gamer has undoubtedly played in millions of dollars. 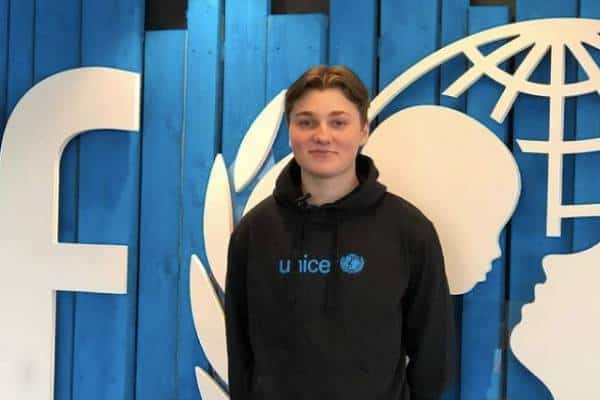 Nyhrox is one of the first-place winners in Fortnite's World Cup Duos Final alongside partner Aqua. Image Source: Nyhrox's Instagram.

Alongside the world cup final, Nyhrox has participated in 16 tournaments throughout his career and won a large sum of money. He currently enjoys streaming his Fortnite games with his large audience of $81.8K on his YouTube channel. His streamings and endorsements also help him earn a certain amount of money.

Shane Cotton is a professional esports gamer for NRG. He is notably known as EpikWhale and was placed third in the 2019 Fortnite world cup. The professional gamer won $1,349,767.32 million from 37 tournaments, also becoming an overnight gaming sensation alongside Bugha and Psalm in the solo tournament. Apart from the world cup, the pro has won other various Fortnite tournaments, including the Fortnite Champion Series Invitational Week 2: NA West event and was in 6th place in the tournament finals, and won a total of $19K. Throughout his gaming endeavors, EpikWhale has been able to accumulate a significant amount of wealth. Despite Shane Cotton's net worth being unknown, it is sure that the Fortnite player has earned a lot of money. 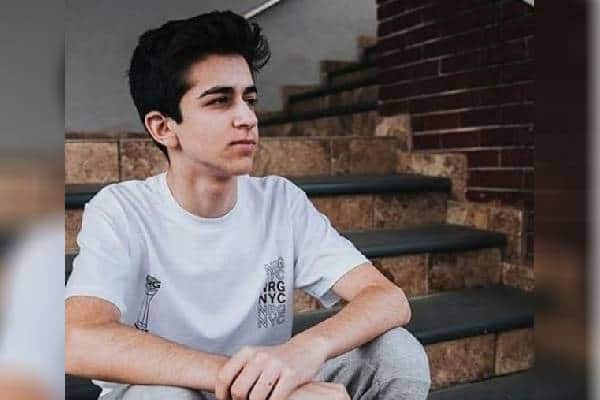 The Fortnite gamer has also been able to amass a large following on his YouTube and Twitch channels, where he regularly post Fortnite videos. Shane has 157K followers on his YouTube, which helps him earn a significant amount of money alongside his professional gaming career with NRG. Shane Cotton was born on August 3, 2002, and is already ranked sixth in North America.

The amount these Fortnite players have received for participating and winning world tournaments shows that, if you put your mind behind it, one can earn millions from the job of their choice. Let's hope we get to see new and young esports players in the coming days.