After playing in NBA, many people expect players to earn in multi-millions. Image Source: Wikimedia Commons.

If you have always been a sports fan, you will know that the National Basketball Association (NBA) is one of the world's most sought-after professional basketball leagues. The NBA is a popular sport in the United States and worldwide because of its global reach, iconic players, high branding, world-class athletes, and professionalism.

Moreover, the NBA players' salaries have also risen dramatically in recent years. Annual salaries for superstars range from $30 to $50 million per season.  Likewise, the NBA generates billions in revenue each year. But do you have explicit knowledge regarding how much NBA players earn?

While there are already some highest-paid players like LeBron James, Kevin Durant, and Stephen Curry in the league, some players also have relatively less pay. Hence, today's article discusses the five lowest-paid NBA players in 2022-2023.

Here Are The Top 7 Highest Paid MLS Players In 2022

Tyrese Jeffrey Martin is a professional basketball player for the National Basketball Association's Atlanta Hawks. He played basketball for the Rhode Island Rams from 2018 to 2020 and the UConn Huskies from 2020 to 2022 in college. Furthermore, the Golden State Warriors selected him with the 51st overall pick in the 2022 NBA draft, and he was later traded to the Atlanta Hawks.

As Tyrese is new to the NBA field and recently started his professional career, he has yet to establish his remarkable impact in the basketball world. Hence, Martin is paid relatively less than other established players, given his less exposure and experience. According to ESPN, Tyrese Martin's salary for the year 2022-2023 is $1,017,781. 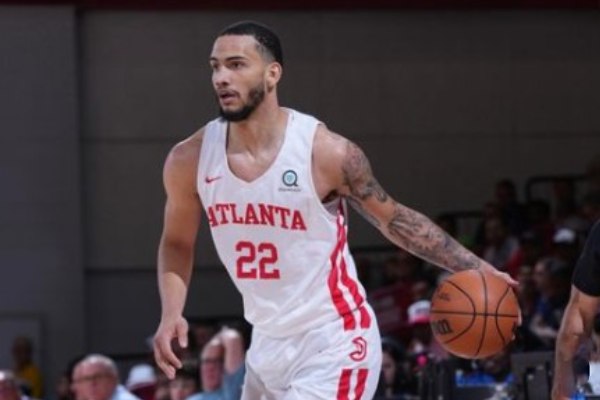 Moreover, we expect Tyrese Jeffrey Martin's net worth to escalate in the coming years. It would be interesting to see how the new player would establish himself in the NBA arena.

Keifer Jerail Sykes is a professional American basketball player who plays for the NBA G League's Motor City Cruise. Skyes played college basketball for the University of Wisconsin-Green Bay from 2011 to 2015.

As he is yet to impact the basketball world significantly, Keifer is paid significantly less than other established players. Keifer Skyes' salary for the year 2022-2023 is $558,345. In essence, his net worth has not been revealed yet. Hopefully, we will learn more about his income and professional career in the coming years.

Besides his playing career, Skyes has also featured in the 2018 documentary Chi-Town, produced and directed by Nick Budabin.

DeAndre' Pierre' Bembry is a professional American basketball player who recently played for the National Basketball Association's Milwaukee BUCKS (NBA). Moreover, he attended Saint Joseph's University and played basketball there. In 2016, he was named Atlantic 10 Conference Men's Basketball Player of the Year.

Speaking of DeAndre's net worth, it hasn't been disclosed yet. Hopefully, Bembry's salary will increase in the coming years.

Xavier Tyron Sneed is an American professional basketball player for the Utah Jazz of the NBA and plays for the NBA G League's Salt Lake City Stars. Moreover, he was also a Kansas State Wildcats basketball player.

In 2020, after going undrafted in the NBA draft, Sneed signed an Exhibit 10 contract with the Charlotte Hornets on November 30, 2020, and was waived on December 19 after three preseason appearances. He signed as an associate player with the Greensboro Swarm of the NBA G League on January 27, 2021. Similarly, Sneed signed a two-way contract with the Utah Jazz on February 16, 2022. 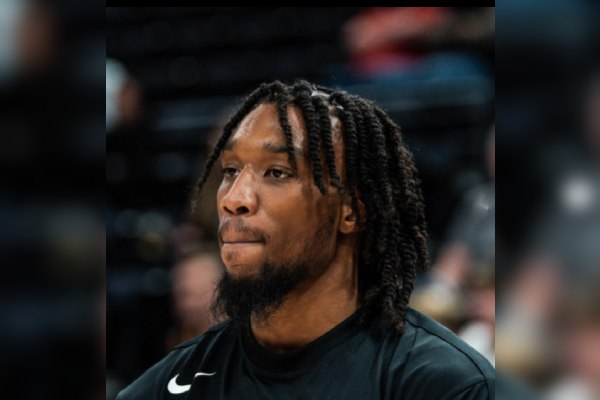 As Xavier's professional career hasn't been that long, he is recognized less in the league. Nonetheless, we can expect to see his growth in the coming games. Besides, Sneed's salary for 2022-2023 is $8,558, making him the second lowest-paid NBA player. We believe Xavier Sneed's net worth will escalate in the years to come as he gets more fame.

Besides, he was a tight end for the Baylor Bears and played basketball for them. Furthermore, Ishmail is the grandson of former professional NBA player Maurice King. In addition, Wainright is Uganda's international representative. In his national team debut against Cape Verde in November 2020, he scored 36 points and collected 13 rebounds.

Furthermore, with a salary of $5,318 for the year 2022-2023, Ish Wainright becomes the lowest-paid NBA player. Nevertheless, with better exposure, wins, and several outstanding performances, one can expect Ish Wainright's net worth to increase in the coming years.

Hence, from the list, we can conclude that there are few players out there who get paid relatively less. While there are several factors that are considered while paying a player, it is still a surprise knowing that there are players in NBA with low salary

Nonetheless, we hope all these players will shine on the international stage and that their pay will increase and they get the income they clearly deserve.