As we already know, snooker is a sport that has been dominated by English players. However, witnessing the new changes that the snooker is not limited to England only, but the Asian countries are also emerging as equally competent in the same. That being said, it is really amusing to see Chinese players excelling in the billiard sport, which is something new and commendable. So why not take a little peek at one such talented Chinese player Yan Bingtao.

Yan Bingtao is a professional snooker player from China. After defeating Muhammad Sajjad 8–7, he became the youngest player to win the Amateur World Snooker Championship.

Emerging as one of China's most successful snooker players, keep scrolling further to know more of this young player's details in brief.

Despite Financial Crisis, Yan's Parents Always Had His Back

Yan Bingtao was born in the Zibo, Shandong province of eastern China, on 16 February 2000. Yan comes from a financially weak family background. Yan Bingtao's father, Yan Dong, worked at a pharmaceutical factory. However, to support the snooker prodigy's dreams, his dad quit that work, and the father and son duo shifted to the suburbs of Beijing.

According to some sources, Yan Bingtao's family sold the majority of their belongings in order to support the snooker pro's career. 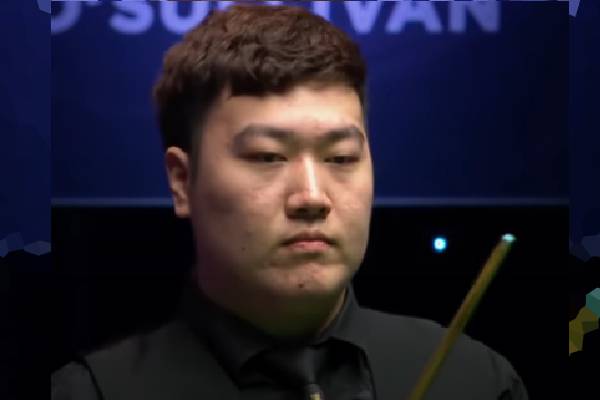 Although Yan Baingtao grew up in a financially lacking family, his parents always made sure to make his dream come true. Image Source: Social Media.

Yan's mom, the family breadwinner, was diagnosed with rectal cancer and required surgery in 2013. Hence, in order to raise money for his mother's recovery, the Chinese player entered more and more competitions.

Yan Bingtao's parents have been the most significant pillars in the billiard player's life. He remembers the devotion and the support his mother and father have always given him.

The same is evident by Yan's comment when his interview was telecasted on television. The former Riga Masters winner's first thought was that his mom and dad would be beyond proud watching him. The youngest Amateur World Snooker Champion further added that his parents have always told him to never give up on his dreams and enjoy life simultaneously.

Yan Bingtao, who has already become one of China's most accomplished snooker players, won the biggest title of his professional career in the 2021 Masters. He defeated John Higgins 10-8 to claim his first Triple Crown Series event.

Yan Bingtao Has Made Many 'Firsts' To His Name

Yan first gained international attention at the age of 13 when he began competing as a wildcard in professional events and Asian Players Tour Championship tournaments. In 2014, he was able to reach the last 32 of both the Wuxi Classic and the Shanghai Masters, defeating Stuart Bingham and Liang Wenbo.

Prior to winning the Riga Masters, his greatest achievement was representing China as a B team member at the 2015 World Cup, where he and Zhou Yuelong defeated Scotland to win the competition. He also qualified for the Champion of Champions that year, where he surprised former world champion, Shaun Murphy, to reach the quarter-finals before falling to Neil Robertson.

Sheffield-based Yan's Master's victory netted him £250K, equivalent to $340K, the greatest earning of his fledgling career. And that made him widely recognized for his devotion and hard work.

In a nutshell, Yan Bingtao is the only Asian player to win a Triple Crown event, aside from Ding Junhui. Similarly, he is the first debutant to win the Masters Championship since Mark Selby in 2008. Moreover, the former Riga Masters winner is also counted as the first player to turn professional being born in 2000.

Hence looking at his accomplishments, we can see Yan Bingtao's net worth might be really appreciable as he is only in his initial years, yet he surpassed some of the top names in the snooker game.

Yan Bingtao has been able to accumulate his wealth through additional prize money he earns from various seasons of tournaments he plays. Some of the amounts he won during the 2021-2022 season are as mentioned below.

Similarly, in the 2020-2021 season, the youngest Amateur winner won up to £330,300 which is equivalent to $442K. Hence, seeing the way he is securing numerous tournament victories to his name, we are sure Yan Bingtao's wealth would be considerably high.

And, if it kept going in a similar manner, it wouldn't take much longer to count Yan Bingtao's net worth under the list of some of the famous personalities of snooker history.

Is Yan Bingtao Dating Someone?

When luck favors you, you become the happiest. But in Yan's case, it was not only his lucky stars but his talent and skills also, which made him stand where he is today.

And in order to share his happiness, the Snooker prodigy's partner was also spotted with him on his big day. Yan Bingtao's girlfriend's name is Ada Zhang. 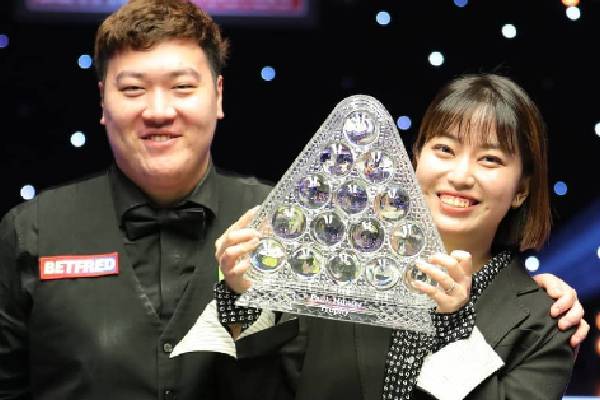 Same as the Chinese player, Ada also belongs to the Shandong native. His lover, as of now, works in the UK. Moreover, according to the sources, the couple has been living together since the pandemic began.

Moving on, Ronnie O'Sullivan once said that If Yan Bingtao doesn't happen to win one or two world titles, he would be quite astonished. Hence, we can have an idea that the young snooker player must have enough potential that the six-time world champion himself stated this.