Chinese snooker player Ding Junhui is the most successful Asian player in the history of the sport. Photo Source: Ding's Instagram.

Since snooker was first played by British army personnel, it is no surprise that today's top players are from the UK. However, few players from other countries have managed to establish themselves in the world of snooker. And among them is the Chinese athlete Ding Junhui.

So, how did a young boy from China manage to enthrall the audience with his pool skills? Get to know the answers in this short biography.

Born on April 1, 1987, the Chinese snooker king spent most of his childhood in Yixing, Jiangsu. Growing up, Ding Junhui's parents, Ding Wenjun and Chen Xijuan, and the player himself were not aware of his potential in cue sports.

One day, when Ding Junhui's father, Wenjun, was on his way to the local pool club, young Ding got curious and tagged along. It was there that he got acquainted with his hidden talent. When his pool enthusiast dad was away on a toilet break, Ding took control of the cue. And before elder Ding could make it back, Junhui had won the game. 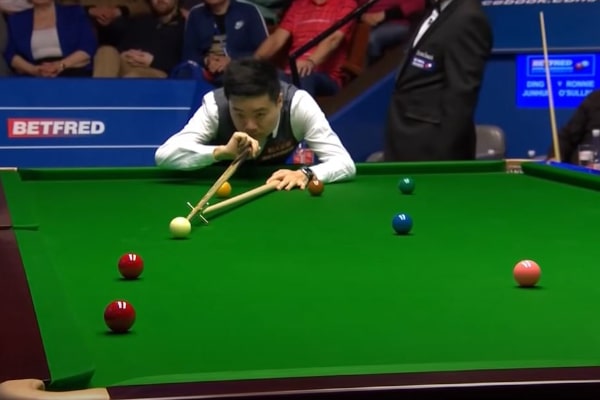 Afterward, realizing their son's ability in snooker, Junhui's parents encouraged Ding to participate and train in billiard sports. Furthermore, Ding's family moved to Dongguan City in Guangdong Province to provide him with better opportunities to prosper. And when Ding was only 11, he quit formal education and honed his snooker skills for up to eight hours a day.

By the age of 15, Ding proved to be dominant in various national and regional snooker events. The same year, he came into the international limelight after winning the Asian Under-21 championship. And before long, Ding became an international sensation.

Ding Junhui Net Worth And Career

Many consider the Jiangsu native to be the most successful Asian player in the history of snooker. And with a slew of accolades to his name, Ding has justified their statement more than once. Throughout his career, he has compiled over 550 century breaks and six maximum breaks in professional play.

In 2016, Ding became the first Asian player to reach the World Championship finals in the Triple Crown tournaments. But he was defeated 14–18 by Mark Selby. He has also qualified for the UK Championship finals three times, in 2005, 2009, and 2019. And in all of them, he has emerged victorious.

One of Junhui's most notable wins came against Ronnie O'Sullivan, the 6-time World Snooker Champion. He achieved the feat in the 2019 UK Championship. And ever since the death of Ding Junhui's mother, Chen, in 2017, the athlete has been more focused than ever on winning the World Championship.

Ding's Earnings As A Snooker Player

Nicknamed "Enter The Dragon," the Chinese snooker idol has been competing in snooker events as early as he can remember. Thus, it is not surprising that most of Ding Junhui's net worth comprises his earnings as a pro snooker athlete.

As aforementioned, the athlete has won several prestigious tournaments across the globe. Consequently, he must have amassed a substantial wealth just from prize money alone. For instance, Ding earned $170,000 in the 2020-21 season alone, as claimed by Cue Tracker. 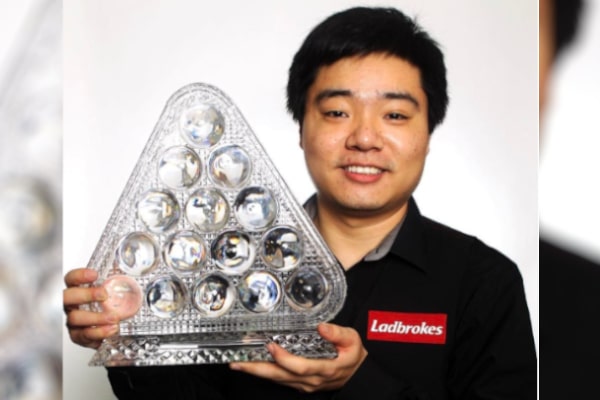 Having won 14 ranking titles in the professional scene, Ding must have earned a massive fortune in his name, similar to other snooker players like John Higgins, Neil Robertson, and many more. According to World Snooker, the athlete has earned $431,000 (£324,500) as of 2021.

Ding's Earnings From Sponsors And Patrons

Besides his professional earnings, Ding also makes monetary gains from sponsorships and patrons. The Jiangsu native has signed several lucrative brand deals and endorsed their products. One of the famous brands Junhui has partnered up with is the pioneer watchmaker, Zenith. He was even announced as the brand ambassador of Zenith in 2016.

With his mesmerizing snooker skills, Ding has earned many fans and well-wishers worldwide. And with it came a surge of patrons more than willing to aid him financially. Reportedly, the dragon received $29,300 (200,000 Yuan) from the Beijing Xing Pai Group for his excellent performance at the China Open in 2010.

Being one of the global icons of snooker, Ding surely attracts lots of sponsors and followers. As a result, he likely collects a hefty sum of cash from brand deals and patrons annually. And with more years to come of his success, Ding Junhui's net worth is bound to reach new heights.

Ding Junhui Is A Father To Lovely Daughter

For more than two decades, the Chinese snooker king has proved to be dominant in the professional snooker scene. As such, time and again, people have raised questions about his personal life. But, unfortunately, Ding prefers to remain quiet and rarely flaunts his intimate connections.

Nevertheless, eagle-eyed internet detectives have found that the Jiangsu native is in a happy relationship with his spouse, Apple Zhang, formerly Zhang Yuanyuan. Reportedly, the couple was romantically engaged for years before their marriage. But, the husband-wife duo has yet to comment how they met or how the romance started between the two.

Four years after their marriage, Ding Junhui's wife, Zhang, gave birth to their first child in 2018. And a quick scroll through Ding's Instagram handle helps us paint the sweet bond he shares with his daughter. Nonetheless, the athlete has not provided insight into his baby's name. 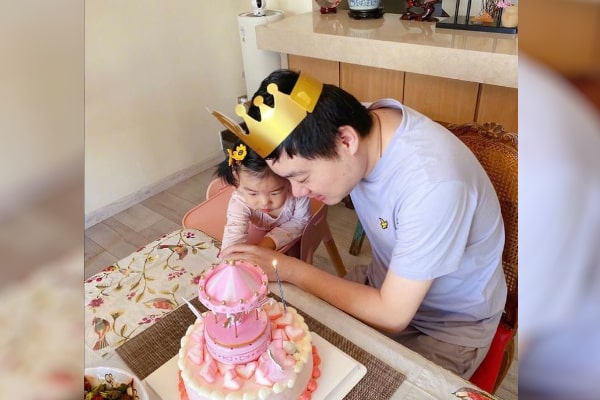 Ding Junhui spends a lot of quality time with his daughter back at home. Photo Source: Ding's Instagram.

While the snooker player primarily resides in the UK due to his professional life, Ding Junhui's wife and daughter live in China. So, it is not often he gets to spend time with his family. In early 2021, Ding even expressed his anguish after not seeing his partner and child for over eight months due to Covid-19 travel restrictions.

Well, we are certain Ding will harbor as much success in his personal life as in his professional career. And we certainly hope he will keep us privy about his endeavors in the upcoming days too.