Vanessa Evigan has approximately three dozen acting credits while being only in her early 40s. Even though she has had a long professional career, she is only getting started in many ways. Vanessa has always enjoyed performing and is currently living every performer's dream.

Miss Evigan made her cinematic debut in 1993 and has featured in several acting projects such as The Desperate Riders, Every Other Holiday, Born and Missing, Smartass, and Blood Ransom. Aside from her professional career, many might be interested in Vanessa Evigan's personal life, including her family. Hence, this piece covers important life aspects of the actress.

Comes From A Family Of Talented People

The prolific actress was born Vanessa Lee Evigan on March 18, 1981, in Los Angeles, California, United States. The actress was welcomed into this world by her father, Greg Evigan, and her mother, Pamela C. Serpe. Her dad is a renowned American stage, film, and television actor who began his professional career in theatre, emerging in the Broadway production of Jesus Christ Superstar.

Likewise, Vanessa Evigan's mother is a model, actress, and dancer. The former grew up in a very loving and supportive household and had her television debut at eight as an extra on the television show My Two Dads, which featured her father. Even though Vanessa was already aware of her desire to become an actress, it wasn't until she was 11 that her parents agreed to let her work in the field. The actress' dad had strong feelings about her entering the industry too early.

Besides, Evigan is a loving sister to two younger siblings, Jason Evigan and Briana Evigan. While her sister is an actress, her brother is an American musician, songwriter, singer, and record producer.

Regarding her educational background, Greg Evigan's daughter attended Calabasas High school and graduated in 1999. Later, she was on the speech team at LA Valley College.

Vanessa Evigan Net Worth And Career

Vanessa Lee first made an on-screen appearance at the age of twelve as a guest star on the television show Jack's Place, for which she received a Young Artist Awards nomination for best actress in a guest star role. Soon after, she was cast in the critically praised NBC series Against The Grain, which also featured Ben Affleck.

Furthermore, in the TV series Social Studies on UPN, Vanessa was cast as Sara Valentine when she was fifteen. Later, she portrayed Brittany Hodges on The Young and The Restless. Apart from this, Evigan has guest starred on many projects, including Boy Meets World, Norm, Less Than Perfect, The Tom Show, Emily's Reasons Why Not, How I Met Your Mother, and In Plain Sight.

Similarly, she has acted in many independent and made-for-TV movies as well. Some of the Los Angeles native's movie credits include The Desperate Riders, Every Other Holiday, Smartass, Blood Ransom, Only God Can, and The Morning After, to name a few. Now, let's look at some of Vanessa's movies' box-office collections.

Since the actress has been a part of several movies and TV series, we can assume her to have earned considerably. Besides, American actresses earn $97,101 on average, so Vanessa Evigan's net worth must be significant. Also, as per her IMDb profile, the Los Angeles native was in the process of developing a TV show with her dad and sister, which she produced, co-wrote, and was starring in.

Apart from her active participation in the entertainment industry, Vanessa is also passionate about fashion and jewelry, and she started her jewelry line called Vanessalee Jewelry. She must have also earned from her jewelry business.

Since Vanessa's professional career is so prosperous, many of her followers are interested in learning more about her personal life and wondering if she has already found the love of her life. Well, to break the ice, the actress is happily married to her cherished partner, Miles Adcox.

The duo exchanged wedding vows on October 29, 2016, at a private ceremony, and they have been together for several years. Furthermore, Vanessa Evigan's husband, Miles, is a speaker, advocate, thought leader, advisor, and entrepreneur in the emotional wellness space. He is also the founder and chairman of Onsite, an internationally known emotional wellness lifestyle brand. 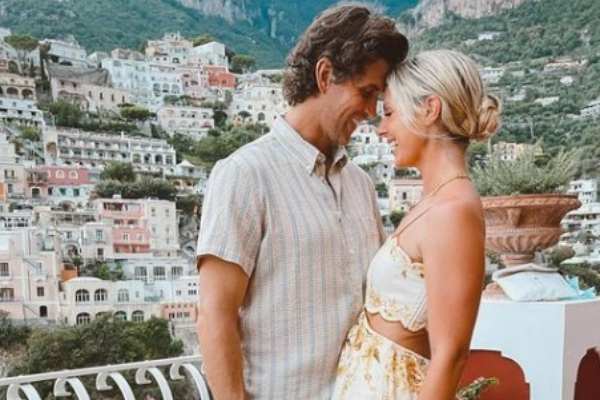 Vanessa and her partner have established careers and are entirely in love with each other. Supporting one another in every step of life and holding each other at the lowest phase is what the couple loves to do. We hope they will always be together.

A Loving And Kind Mother

Not just a loving wife, Vanessa Evigan Adcox is equally a devoted and kind mother to son Maverick Adcox and daughter Birdie Rose Adcox. Alongside her husband, Miles, the In My Sleep star welcomed their first child on August 2, 2017, and their second in May 2019.

In addition, Vanessa and her hubby show unconditional devotion and warmth to their babies. We can see from the duo's social media posts that the family of four lives a happy and comfortable life. Nonetheless, Vanessa Evigan's children are still young, and it will be interesting to see if they will follow in her footsteps in the coming days.

Overall, we can witness that the Hollywood star has a stable personal life and a highly successful professional career. We hope Greg Evigan's daughter keeps acting on screen and continue enchanting us. Our luck and best wishes are with her.