George Garvin Brown IV was the chairman of board of directors at Brown-Forman Corp. Photo Source: Social Media.

Owners of one of America's finest liquor brewing companies, the Browns have been ranking among Forbes' richest families for several years now. George Garvin Brown founded the Brown-Forman Corp, which has been passed down to his descendants. The Brown family's fifth-generation member, George Garvin Brown IV, chaired the spirit and wine firm's board until 2021.

Having been in the whiskey business for over thirty years, George has had his share of profits and losses and has seen changes in people's palate regarding beverages. Many of his competitors sold their businesses over the years, but, despite the obstacles, he continued his family legacy. As a result, Brown-Forman Corporation is one of the oldest distillers, and its products are still favored by buyers.

Hence, why don't we dive into Brown IV's biography, which includes his career journey from the beginning till now as well as other interesting facts about him.

His Father Passed Away From Cancer

The businessman was born in 1969 in Miami, Florida, USA, and is the son of George Garvin Brown III and Susan Casey Brown. Sadly, Geroge Garvin Brown IV's parents divorced, and later he grew up in his mom's hometown, Montreal, Canada. He and his brother, Campbell Brown, also used to spend their summers in Louisville, Kentucky, where their paternal grandparents resided.

George's father was a member of the Brown-Forman Corp's board of directors from 1971 to 2006. After his divorce, he remarried Antonella Mandelli, a native of Erba, Italy. Unfortunately, Brown III passed away after a battle with cancer on September 20, 2010. Both George and Campbell continued the tradition of family service at Brown-Forman.

Speaking of Campbell, he is the chairman of the board of directors at the company. He had served in the beverage firm for over twenty-seven years before being promoted to his current role. In addition, Garvin Brown's brother succeeded him in July 2021.

Garvin didn't always have the dream of joining the family business. In fact, while growing up in Canada, he aspired to be a lawyer. However, he was always intrigued by Brown-Forman Corp, and his curiosity eventually got the better of him. As a result, he joined the firm in 1996.

Brown IV was first involved in selling wine throughout New York. He then served in trade marketing before departing to continue his studies at London Business School. After graduation, he returned and spent three years working in corporate roles in Louiseville, Kentucky, and also held operating roles in Europe. Furthermore, in 2004, the businessman relocated to London to supervise Jack Daniel's marketing for the Middle East, Europe, and Africa.

George Garvin Brown's great-great-grandson was appointed Brown-Forman Corp's board of directors chairman in 2007. In his fourteen years of leadership, he helped the board navigate skillfully through portfolio reshaping, a global recession, a CEO transition, significant capital investments, and during the COVID-19 pandemic.

In the business world, several family-controlled companies have been taken down due to internal conflict. Take, for example, the Anheuser-Busch, which was initially owned by the Busch family but later was acquired by InBev. To avoid facing a similar fate, George created a "family engagement" committee which was designed to keep the fifth generation of the Browns, both working and not working at the firm, connected to the resolutions that executives are making.

The McGill alumnus retired from the chairman position in July 2021. As already mentioned, he was replaced by his brother, Campbell. Nevertheless, he must still own shares in the spirits brand. Speaking of which, Brown-Forman Corp's revenue in 2021 was $3.461 billion as per macrotrends. Also, Forbes estimates that the Brown family's fortune is $20.4 billion.

Hence, George Garvin Brown IV's net worth must be significant, as he is a member of the famous and affluent Brown family.

Has Been Married For Over Two Decades

At present, it's challenging to find true love and the one that lasts for decades is even rarer. Still, almost everyone desires to have that strong connection that is not only meaningful but also gives a reason to live. Brown IV is a lucky guy who has enjoyed both professional success and a happy marriage. He is blissfully married to his spouse, Steffanie Diamond Brown.

As per Garvin's Facebook, he first met his partner in 1990 in Montreal, Quebec. The duo got engaged in December 1995 and tied the knot soon after. Moreover, the couple has been married for over twenty years, and their love for one another hasn't depleted a bit. Both are also into philanthropy and donated $5 million to research and teaching at McGill uni's Max Bell School of Public Policy in 2018. 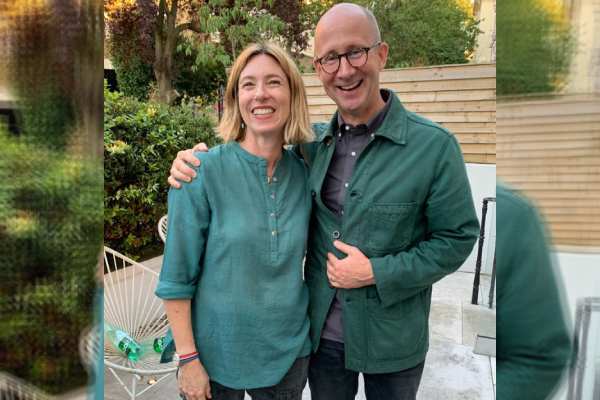 During one of his interviews, the businessman shared that his partner was previously engaged in publishing. However, what George Garvin Brown IV's wife has been involved in these days hasn't been revealed. Nevertheless, we wish the duo's marriage to last a lifetime.

Is A Proud Dad Of Two

Alongside enjoying conjugal bliss, the Brown pair have enjoyed parenthood following the birth of their son and daughter. Among George Garvin Brown IV's children, his little girl, Isabel Brown, celebrates her birthday in March. She went to Francis Holland School at Regent's Park, as per her FB profile.

On the other hand, not much about George Garvin Brown IV's son has been disclosed to the media. The Brown family prefers to lead a low-key life, hence, the younger Browns have also stayed away from the media. Still, the family of four must be living comfortably in London, England.

Overall, from salesman to chairman, Garvin worked hard in every phase of his professional career. Now retired, he must be enjoying every finer thing life has to offer. We wish him happiness and prosperity moving forward.