Adam Singolda, an ex-officer of the Israeli Army, is the founder and CEO of a famous advertising company, Taboola. Image Source: Adam Singolda's Instagram.

Adam Singolda, a successful businessman, is the founder and chief executive officer of the largest and well-known advertising company, Taboola. If you’ve ever seen the “Around The Web” and “Recommended For You” boxes at the bottom of certain websites, that’s Taboola.

Moreover, Adam has inspired millions of people with his fantastic business skills and ideas. Through his business, Taboola, Singolda has gained many admirers who are interested in knowing about his professional and personal life.

So, let's look at Adam Singolda's biography and get to know him better.

Adam Singolda, the founder of Taboola, was born on September 6, 1981, in Israel. He is the son of a well-known Israeli guitarist, Avi Singolda, and his wife Zohar Singolda. Looking at his Instagram posts, Adams seems to be very close to both his mom and dad. In addition, Adam Singolda's parents must be very proud of their son. 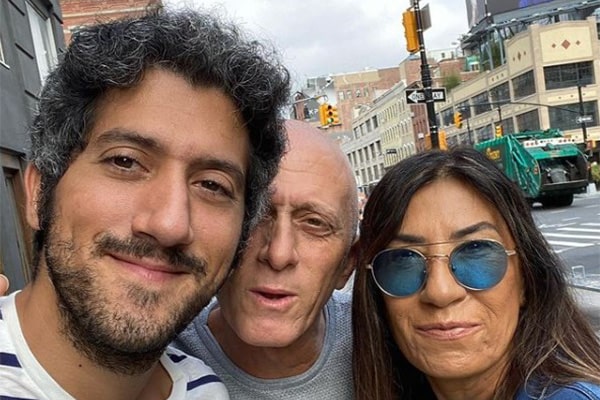 Although Adam is one of the top entrepreneurs in the US, he has not completed his BA in computer science and math degree. However, Adam graduated with honors from IDF Officers Academy. He has also trained in Mamram IDF Computer Science Program.

Even though Adam has not received Bachelor's degree, he was enrolled in The Open University from 2002-2006. So, who knows, maybe he will return to college and complete his education.

Adam Singolda Net Worth And Career

Being the founder and owner of the world's leading advertising company, Adam Singolda's net worth must be in the millions. Like many other famous entrepreneurs, Adam has worked very hard to make Taboola well-known globally.

However, in many interviews, Adam gives credit to his team for behind the success of Taboola. Nevertheless, looking at his success, one can assume that Adam must be living a luxurious life.

As it is compulsory to join the army in Israel for 2 to 3 years, Adam also joined the Israeli military. However, instead of the required time, he worked there for about seven years. He was part of the I-NSA, an elite intelligence unit in the Israeli army, working with top-notch mathematicians and engineers.

Although Adam started working as a developer in the Israel Defense Forces (IDF), he soon started leading two Research&Development (R&D) teams, managing a range of 10-15 engineers at the time.

Along with learning, Adam must have earned a significant sum from working as an R&D manager in IDF.

After his discharge from the army, Adam stayed with his parents and was unemployed. Then, one day while watching tv shows, he started thinking, what if instead of him searching for shows, tv shows will search for him. This idea struck a nerve, and in 2007, Adam founded his company, Taboola.

The main motive behind launching Taboola was to recommend information that users may want rather than users searching for the info. Although Adam's business did not run well in the initial five years, it started flourishing when he found a New York investor. Soon, many websites began using Taboola for advertisements.

As a result, Adam Singolda's company has established exclusive partnerships with top publishers around the globe such as USA Today, The Weather Channel, NBC, MSN, and Fox.

Moreover, Adam's hard work and dedication have paid off as he is running a multi-million company. While talking to Forbes, Singolda revealed that Taboola generated $1 billion in revenues till 2019. The company began trading publically in June 2021 and its value was worth $2.6 billion.

In addition, they acquired a marketing technology company, Connexity for $800 million and have continued to breach out in their venture. And as the owner of this massive business, Singolda must pocket millions every year.

Furthermore, Adam is also earning a handsome amount as he has become a co-founder and board manager at K Health. Hence, this will surely bring more success to his business ventures. Moreover, it is sure that Adam Singolda's net worth will surely elevate in the coming days with his growing business portfolio.

With Taboola's continued success, who knows, Adam might become a billionaire like Jeff Bezos and Bill Gates, in the upcoming years.

Talking about Adam's personal life, he is very open about it, unlike many other famous personalities. For example, Singolda has mentioned that he is a married man in almost every interview.

Talking about Adam Singolda's wife, Victoria Singolda, is a florist. She has her own flower company called Iris And Virgil, which provides flowers for events and gifts. Adam is undoubtedly head over heel for his beautiful wife.

Furthermore, Adam met the love of his life, Victoria, who was raised in New Jersey, in 2010. In addition, after five years of their first meeting, the beautiful pair got married. Moreover, Adam seems to be a loving and caring husband, as he never forgets to wish his gorgeous partner on special occasions. 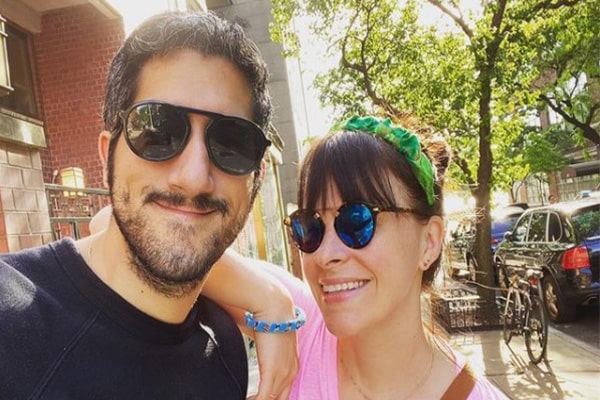 This lovely couple currently resides in New York City with two beautiful children. Adam Singolda's son, Ozzy Singolda, was born in 2017, and his daughter, Elinor Singolda, was born in 2019. Along with being a great businessman, Adam seems to be a loving father and husband. Since both Adam and his wife are successful in their own profession, they must be living a very comfortable and luxurious life with their children.

Being raised by two successful entrepreneurs, it won't be a surprise if Adam Singolda's children also run their own businesses in the future. Nevertheless, we hope to see Adam's children becoming as famous as their father.

Furthermore, with upcoming plans and projects, may Singolda's own business find more success in the future.