If one wishes to succeed in racing, one must be inclined to balance success and failure. Likewise, Ma Qinghua is a well-known racing figure who knows the perfect stability between rise and downfall and is gaining popularity daily in the racing world. He is a Chinese racing driver who drives for Cyan Performance Lynk & Co. in the World Touring Car Cup.

In the past, Qinghua has also competed in the World Touring Car Championship, GP2, and a few Formula 1 and Formula E practice sessions. His career has had many ups and downs, but he leads a meaningful life. Hence, stick with us till the end of this short biography to learn more about the seasoned touring car driver and his background.

Started Driving At An Early Age

The skilled driver's parents welcomed him into this world on 25 December 1987 in Shanghai, China. He was raised in central Shanghai as an only child. Until Ma was 13 years old, he lived in an old apartment in Hutong with his parents and paternal grandparents.

Furthermore, both of the racer's parents were employed at a factory that produced parts for machinery. Ma Qing Hua's father worked as the official driver, moving supplies, personnel, and clients. Besides, he started driving at an early age with constant push and motivation from his dad. Moreover, when Ma Qinghua was little, most of his toys were cars or car related.

Likewise, talking about the driver's educational background, he attended Loughborough University in 2008.

Ma started his racing career in 2005 when he raced in the 2005 Asian Formula Renault challenge with the Asia Racing Team for six races and finished 16th overall with a best finish of 5th. Additionally, Qinghua competed in one race for the Astromega team in the 2005 Italian Formula 3000 championship.

Afterward, Qinghua moved on to drive in Formula 1 and Formula E. In the latter championship, he debuted in the 2015-16 season for Team Aguri.

Even early in his career, Ma made a significant impact and became well-known on a global basis. Now let's talk about his motorsports endeavors in the GP2 series, World Touring Car Championship, and many more.

Ma's primary profession as a sports race car driver must have brought him a substantial fortune. Since he has been a noteworthy figure in the racing world since 2005, it is safe to assume that Ma Qinghua's net worth must be considerable.

The Shanghai native's early career as a racer made him quite famous, which landed him in the GP2 Series race, World Touring Car Championship, and Formula E. He must be satisfied with his career despite its peaks and valleys. These are a few of his career highlights:

Now, let's look at the stats given below from recent years, which show how Mr. Qinghua has been doing lately.

Overall, Ma has followed the same career path and given each competition his all hard work. It can be inferred that he must have earned a significant sum of money in reward and compensation for his substantial effort in this field.

To date, the driver has won several events. In addition to becoming famous, he must have significantly profited from the competitions. Also, speaking of prize money, he won $20,000 from one tournament, as per Esports Earnings.

Who Is Ma Qinghua's Partner?

Although sports car racers are often fierce, they also have a sensitive side that they primarily express to their loved ones. Has Qinghua, who has a heart of love, found the person on whom he can bestow love and affection? Does he have a partner or a significant other?

Ma is in his 30s, and it is quite a common age for people to marry or settle down with a partner. However, because the racer likes to keep things to himself, not much is known about his romantic life. But it is certain that we will get to meet Ma Qinghua's wife or partner in the near future, given his rising fame. 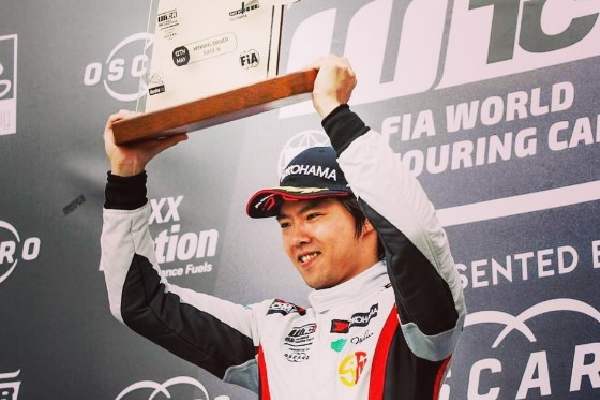 Nonetheless, the racer is highly focused on his career and is committed to his field of work. He is devoted and working hard to fulfill his dream of becoming a Formula 1 racer. So let's hope that when he reaches the pinnacle of his career, he will have someone to share his delight with.