Vic Fangio is a former head coach of the Denver Broncos who held his position from 2019 to 2021. Photo Source: Social Media.

When discussing NFL coaches, one can never miss the iconic Vic Fangio. He is a coaching veteran with over three decades of NFL experience. Anyone can barely surpass his coaching tenure in the league.

The coach initially served as a defensive coordinator and linebackers coach for many colleges and NFL teams. He finally gained his first head coaching position with Denver Broncos in 2019. Furthermore, the sportsman had a relatively successful coaching term with the Broncos. But, he was fired by the team in January 2022.

What could have happened, and what is Fangio planning on doing now? Let's find out in this biography.

Vic Fangio Was A Footballer In His Academic Years

The professional coach was born Victor Mick Fangio on August 22, 1958, in Dunmore, Pennsylvania. He grew up in a supportive family with four siblings.

Vic Fangio's late father, Vic Fangio Sr., owned a tailor shop in Scranton. He was very interested in sports, which was later passed down to his son. Sadly, Vic's late dad, Vic Sr., passed away in 1992. 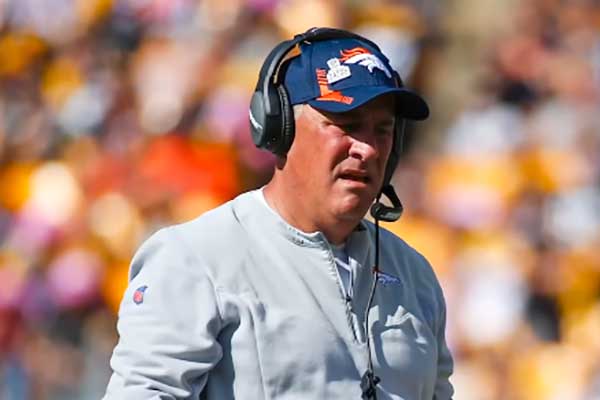 Vic Fangio's late father, Vic Fangio Sr. was the one who influenced the NFL coach's passion for the sport. Photo Source: Social Media.

The mentor loved football and played defensive at Dunmore High School. However, he was later attracted to coaching and became determined to pursue a career out of it. So, he never played football after enrolling at the East Stroudsburg University of Pennsylvania.

The footballer trained under former ESU coach Denny Douds in college. He eventually graduated from the university in 1980 and turned to coach full-time.

Vic Fangio Net Worth And Career

The ESU graduate became a linebackers coach under Jack Henzes in Dunmore High School in 1979. He advanced to be a defensive coordinator in the 1980 season.

So, Vic Fangio's net worth is heavily influenced by his coaching profession. It comprises his earnings from his contracts, signing bonuses, and more.

The coach's early coaching credits include serving Milford Academy and the University of North Carolina. He got his first NFL coaching position under the former coach Jim E. Mora in the Philadelphia/Baltimore Stars. Moreover, Fangio's salary was $20,000 in the 1985 season. Later he moved with Mora to be in his coaching staff at New Orleans Saints in 1986. 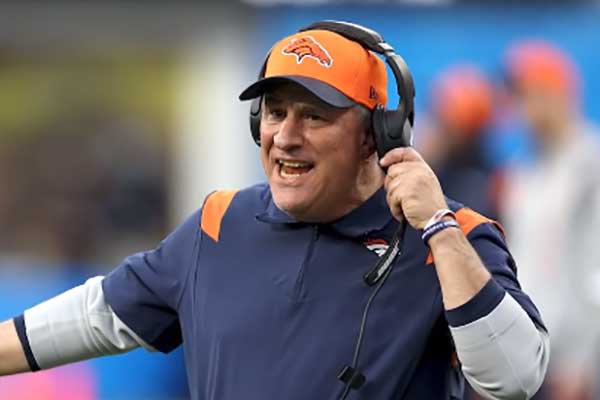 Finally, Vic became the head coach of the Denver Broncos on January 10, 2019. He signed a four-year contract worth $20 million with the franchise. Likewise, Vic Fangio's salary from Broncos was reported to be $5 million annually by NBC Sports.

The head coach had an average first season with the Broncos and led them to a 7-9 record. However, it fell to 5-11 in the 2020 season. Nonetheless, the NFL team improved in the following season and recorded 7-10. But it failed to make the playoffs, and Broncos fired Fangio.

The former Broncos coach thanked executive John Elway and Broncos President Joe Ellis in his later interview. He has also shared how he will sit out the 2022 season and rejected many defensive coordinators' offers.

Despite getting fired, Vic will receive his income for the last season of his contract. Hence, Vic Fangio's net worth must be a considerable sum from his coaching jobs.

Like his professional life, the former head coach's love life has also seen many ups and downs. Although he has remained silent regarding his private affairs, it has always come in front of the media.

Vic Fangio's ex-wife, Anne Fangio, was born Anne Patricia Doyle on March 4, 1957. As per several sources, she works for the PCG Public Partnerships.

The ex-pair valued privacy and hasn't revealed anything about their relationship. Still, both must have dated for a while before getting married. Likewise, the ex-couple hasn't shared when they separated or got divorced. But, many sources claim they are no longer together. 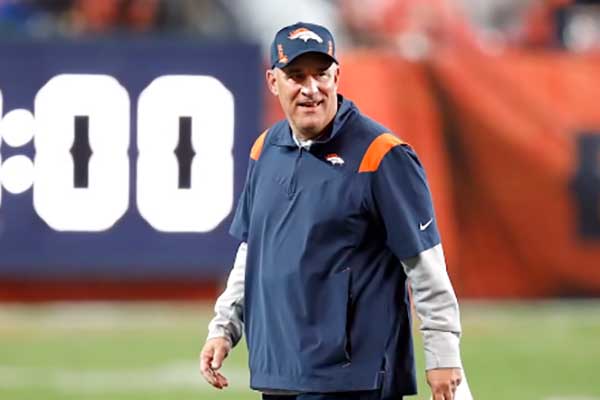 Vic Fangio's ex-spouse, Anne, has led a quiet life since separating from him. On the other hand, he has moved on with a new partner.

Vic Fangio's girlfriend, Kathy, is his long-time partner and lives in San Francisco. However, she prefers to stay on the sidelines, away from media drama.

Fangio Is A Proud Father Of Two

From his past marriage, the American coach has been blessed with two lovely kids. His son, Christian Fangio, was born in 1991 when he was Saints' linebackers coach.

Vic Fangio's daughter, Cassie Fangio, was born in 1996, five years after her brother. She is a Towson University graduate and holds a Bachelor of Science degree in Nursing. In addition, the coach's baby girl, Cassie, was commissioned as a second lieutenant in the Army from Loyola University of Maryland's ROTC program.

The sports personality's children were raised in an NFL household and often shifted houses. Still, his kids love football and are proud of his accomplishments. 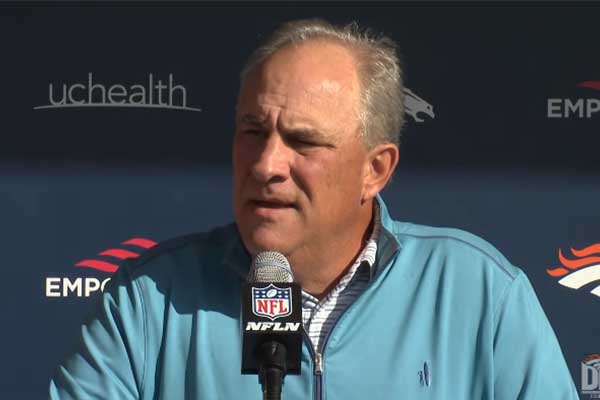 The former Broncos head coach had a short career in the franchise but still has a long way ahead. Hopefully, we will see him return as other NFL teams' head coach soon in the future.