Patty Gasso has been the head coach for the Oklahoma Sooners since 1995. Image Source: Social Media.

A woman leading and taking control of an entire sports team seems powerful on the outside but is equally complex and challenging on the inside. However, Patty Gasso is one such personality who has been able to shine as a head coach and helped transform the careers of several young players.

Hence, in today's article, we will discuss about Patricia Marie Gasso, an American softball coach for the Oklahoma Sooners. At the University of Oklahoma, Gasso has been serving as the head coach since 1995 and has been able to change the scenario on the sports field. So now, let's get to know more about her professional journey, personal life, and what hardships she had to face down the lane.

Raised By A Single Mother

The prolific coach was born on May 27, 1962, in Los Angeles, California, U.S; however, she grew up in Torrance, California. She was raised by a single, working mom, Janet Froehlich. Moreover, Gasso looks up to her mother and says that her passion for coaching was really to honor her mama, and she wanted to live the dream that Janet never got to experience.

Also, Patty Gasso's mother was very good at sports and always motivated her to follow her dreams. Speaking of the former's father, he wasn't present like Janet in her life. Nevertheless, being raised by such an influential woman has been a blessing for Gasso. Furthermore, the head coach grew up alongside two siblings; one brother and one sister.

Patty Gasso Net Worth And Career

Patty is one of the most dedicated and successful coaches in the United States. She has been professionally involved in the league for many years. As the head coach has played softball and coached for several softball clubs, Patty Gasso's net worth must be significant.

While attending California State University, the coach was a member of its softball roster. Likewise, for a year in 1981-82, she played softball at EL Camino College before moving to Long Beach State. Compiling a playing record of 161-59-1, Gasso started her coaching career at Long Beach City College in 1990. Later, she started coaching at the University of Oklahoma and has compiled a record of 1,395-344-2 and a winning percentage of .802 as of now.

Patty is still the head coach at Oklahoma, and her teams have won the national championship six times in 2000, 2016, 2013, 2017, 2021, and 2022 and have advanced to the Women's College World Series fifteen times. So now, let's look at the softball coach's head coaching career stats in recent years.

Furthermore, according to the deal the softball coach signed, it was mentioned that Patty would receive an additional $50,000 every year in outside income from the unrestricted private funds through June 1, 2024. Hence, with such thousands of dollars worth contract, Patty Gasso's net worth is expected to be significant. Aside from that, her earnings also come from her merch.

Likewise, Carol Hutchins is another softball coach with a remarkable career and net worth.

The head coach shares a successful marital life with her spouse, Jim Gasso. By profession, Patty Gasso's husband is a coach and owner of Intencity Sports Training Academy. He has a solid intercollegiate athletics and sports management background in addition to 14 years of coaching experience at the NCAA Division 1, community college, and high school levels. Furthermore, for the past several years, Jim has also volunteered for Oklahoma's department of corrections prison ministries. 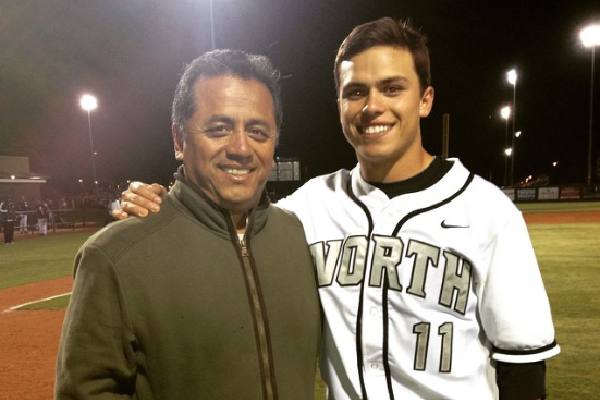 Patty Gasso and her husband, Jim Gasso have been together for several years. Image Source: DJ Gasso Instagram.

Besides, the lovebirds have been together for several years and successfully balanced their professional and personal lives. Moreover, because the husband-wife duo are both involved in sports fields, they have developed an optimum level of understanding and have been there for each other selflessly. Therefore, we hope their marriage lasts for a lifetime.

The head coach and her partner have welcomed two sons, JT Gasso and DJ Gasso. Likewise, Patty Gasso's children have grown up, are married, and living their life individually. Not just that, they are also succeeding professionally.

JT is an assistant coach at Oklahoma and has spent the past six seasons there as of 2022. His primary responsibilities include working with OU's outfielders and the Sooner offense. The Sooners have won five Big 12 regular season titles and three Big 12 Tournament crowns under his leadership. Likewise, the team has also made five appearances in the Women's College World Series.

Similarly, the duo's second son, DJ, is a softball assistant coach at the University of Utah. Currently, he is in his second season on the Utah staff, serving as the team's hitting coach. In June 2020, DJ joined the coaching staff after spending two seasons as a graduate assistant at Oklahoma. Moreover, Patty is a proud grandmother of two grandchildren, Joseph Gasso and Grace Gasso. Her house must be quite joyful with two little kids' presence. 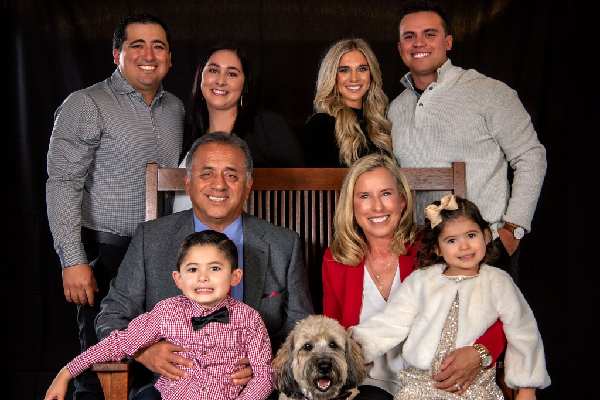 Patty Gasso is living a happy and prosperous life with her husband and their children. Image Source: Patty Gasso Twitter.

Nevertheless, the head coach's relentless drive and commitment have positively impacted the sports sector. When asked to select the greatest coaches in University of Oklahoma history, Patty Gasso is one name that is frequently mentioned. In essence, we think her personal and professional lives are both thriving and that she will continue to share her story with us in the future. We are sending Gasso and her family blessings, luck, and light.