Greg Vanney is an American soccer coach for the LA Galaxy in Major League Soccer. He used to coach for Toronto FC before moving into the LA Galaxy club in 2021. Greg was also a professional soccer player himself and played for various clubs like FC Dallas, Sporting Club de Bastia, Los Angeles Galaxy, etc.

Vanney was considered as one of the best defenders in the MLS throughout his playing career. He led Toronto FC to win MLS Cup, the Supporter's Shield, and the Canadian Championship. The sportsman has also proven himself to be a worthy coach and won the MLS Coach of the year title and the CONCACAF Coach of the year award in 2017. Apart from his professional achievements, fans are also eager to get to know the talented coach, so let's know more about Greg Vanney's biography and career.

Greg Vanney entered the world on June 11, 1974, in South Boston, Virginia, United States, and was raised alongside his brother Jim Vanney and his sister. The soccer player was born to parents William F Vanney and Jeanette Vanney.

The professional soccer player completed his high school at the Marcos de Niza High School in Tempe, Arizona, and was the school's soccer team captain. He led his team to three state-level championships in a row and was named the Year's Gatorade Player. He attended Florida International University but later transferred to the University of California, Los Angeles, where he earned the All-America Honorable Mention.

The talented sportsman was drafted by the Los Angeles Galaxy in the 1996 MLS College draft. He was transferred on loan to Sacramento Scorpions for just three games at the beginning of the season, scoring in each match. He played for the Los Angeles Galaxy for six seasons from 1996 to 2001. Greg led the team to three MLS Cup Finals and two CONCACAF Champion's Cup Finals and was named in the MLS Best XI and MLS All-Star in 2001 and 2002. 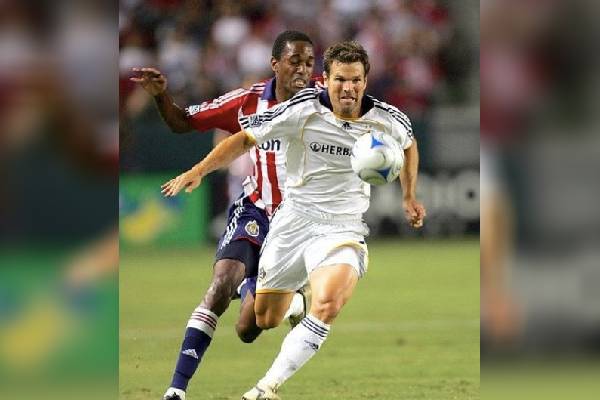 Greg Vanney transferred to the French first division club SC Bastia in 2001. He helped the club to reach its first Coupe de France Final in over 20 years. He played in the French league until 2005 and returned to the MLS to play for FC Dallas, where he played for two seasons before being traded to Colorado Rapids in January 2007. He was transferred again to D.C. United before rejoining the Los Angeles Galaxy in 2008.

Greg Vanney was also a member of the United States national team for eleven years and played 36 games wearing the national kit. The defender has also participated in three FIFA World Cup in 1998, 2002, and 2006. He announced his retirement as a professional soccer player on October 26, 2008.

The former soccer player started his career as a coach after his retirement. He holds a USSF "A" coaching license and has more than fifteen years of youth soccer experience as a coach. He also established the first MLS Residential Academy in the United States with Grande Sports World and Real Salt Lake's support. Vanney was an Academy director for Real Salt Lake from 2008 to 2011. He later moved to Arizona, where he oversaw event development and programs at the Grande Sports World facility, attracting four professional teams Real Salt Lake, Seattle Sounders FC, Colorado Rapids, and Vancouver Whitecaps FC, to host their preseason camps.

In January 2011, Vanney became an assistant coach for Chivas USA. He got his job as a head coach in MLS for Toronto FC after the club's former coach Ryan Nelsen was sacked on August 31, 2014. In the 2016 season, Toronto won the Canadian Championship and qualified for the playoffs after finishing third place in the Eastern Conference to reach the MLS Cup Final. They lost to Seattle Sounders in a thrilling 5-4 penalty shoot-out. He changed the formation tactics from 4-4-2 diamond to 3-5-2 formation, which benefitted the team's strikers.

On June 27, Toronto FC defeated Montreal 2-1 to capture the Canadian Championship title for the second consecutive season. The club went on to win the Supporter's Shield with a win over New York Red Bulls to finish at the top of the league. Greg Vanney was awarded the MLS Coach of the Year in November 2017 and the year's CONCAFA Coach. He resigned from the club on December 1, 2020, and was later named the LA Galaxy head coach in January 2021. 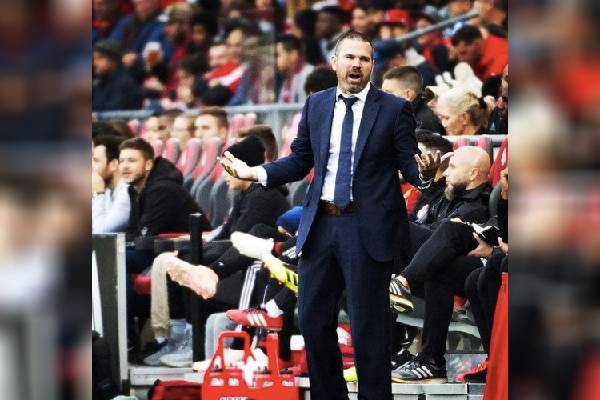 Although Vanney could have renewed his contract with Toronto, the coach had different plans for himself following the end of the 2020 season. The LA Galaxy had been performing terribly and needed someone to guide the club to its former glory. Greg signed a contract with his former club LA Galaxy for an undisclosed fee replacing the club's former coach Guillermo Barros Schelotto in 2021 after months of talks. He plans to improve the team and bring necessary changes to win titles and is looking forward to the new challenge in his career.

Being a former professional soccer player and now a head coach, we can be sure that Greg has made a lot of money throughout his career. His talent for reading the game from inside and outside the field made him very successful in his work line.

Various sites suggest that as of 2020, Greg Vanney's net worth has crossed the $2 million mark. He earned a considerable sum through his primary income as a coach for the Toronto FC and LA Galaxy as well as a former professional soccer player. Zip Recruiter claims that the average salary for MLS coaches ranges between $37k to $76k in a year. While Vanney's salary has not been revealed to the media yet, we can be sure that he has accumulated a massive fortune as an MLS coach.

Despite his coaching career, the former professional still manages to spend time with his lovely family. Greg Vanney is married to his wife, Amy Vanney. The couple has been together for years but has managed to keep details about their relationship hidden from the media.

Greg Vanney's wife, Amy Vanney, loves her privacy, and the soccer coach respects her wish to stay away from the spotlight. The pair live happily together with their four children. The couple is parents to daughter Kaia Vanney, twins Mason Vanney and Dylan Vanney, and their youngest son Christian Vanney.

The former player loves his wife and children and tries to spend every time he gets with his family. They now live in Los Angeles, where the head coach also trains his kids himself. Greg Vanney's son Mason is a defender and midfielder, while Dylan is a forward for the Toronto FC under-12 team. We look forward to seeing the young Vanney boys take the soccer world by storm.