Ayo Akinola is a name recognized by many Major League Soccer fans. He made his Major League Soccer debut with the Toronto FC in 2018 and has already scored ten goals for the team. Akinola also participated in various international matches during his youth career.

As a rising star, Ayo Akinola has found fame in his early years. However, he has worked hard to be a part of the soccer world. And because of his dedication to becoming one of the best soccer players, many fans are eager to know about the young star.

So, let's learn about Ayo Akinola's biography and his soccer career.

Ayo Akinola was born in Detroit, Michigan, on January 20, 2000, as Grant "Ayo" Jesus-Sultan-Akinola Ogundimu. His family had immigrated to Detroit from Nigeria, but a few years after his birth, Akinola's mother, Ronke Akinola, moved to Toronto and then to Brampton. He was raised alongside his brother, Tom Akinola.

As a child of an immigrant, Ayo Akinola's childhood was filled with poverty and hardship. Ayo and his brother were raised by their mother while their father worked in America. At one point in their life, Ayo and his family had to live in homeless shelters. These experiences have shaped the young player's life, and he is now working hard to support his family and fill their life with happiness.

Ayo Akinola was interested in soccer from an early age and was chosen to train in the Brampton East Soccer Club. He then joined Brampton Youth SC and in 2013 thought of joining the Toronto FC Academy. Akinola was invited to a showcase in New York, and only then he realized that he had been selected. After this, Akinola trained with the TFC, where Nick Theslof and Greg Vanney were his coaches.

While training with TFC, Ayo Akinola caught the eye of US Soccer. Two national team scouts were in attendance when Ayo scored two goals against New York Red Bulls. His performance in this match impressed the scouts, and a couple of weeks later, Akinola got the offer to train with the US Soccer team. He moved to Florida at the age of fifteen and played for the United States' under 15, under 17, and under 20 national teams. 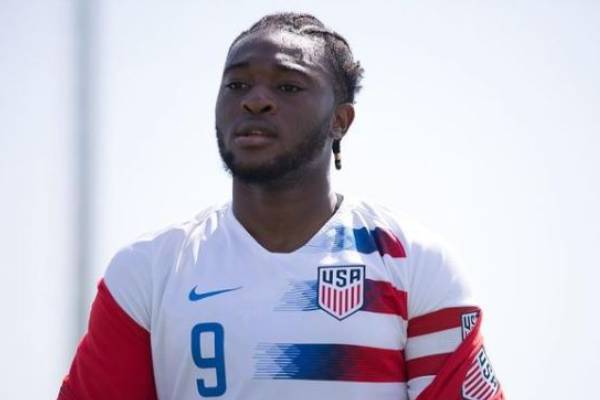 Ayo Akinola played for the US National Soccer Team in the FIFA U17 World Cup. Image Source: Ayo Akinola Instagram.

Akinola was also part of the US National team, which competed in the FIFA U17 World Cup held in India. He scored a goal against Ghana, which only catapulted his fame. He was also called up to the Senior team for a friendly match against El Salvador on December 9, 2020. Ayo was invited to the Canadian Senior National Team camp for January 2021 but couldn't attend due to his injuries.

Having trained at the Toronto FC academy, it was no surprise when Ayo Akinola made his professional debut with the team. He was called up for the 2016 USL season by the Toronto FC II. He debuted in June 2016 as a substitute for Shaan Hundal in a match with FC Montreal. He then was in the first lineup of Toronto FC for a match against Louiseville City; however, the team lost the match.

A year after his USL debut, Ayo trialed with Philips Sport Vereniging or PSV Eindhoven in Eindhoven, Netherlands. However, he signed with the Major League Soccer side Toronto FC as a homegrown player. Akinola scored his first goal for the team on March 17, 2019, against the New England Revolution. Since then, Ayo has scored ten goals in the 27 matches he played for TFC.

Ayo Akinola finished the 2020 MLS season as the co-leading scorer for Toronto FC with Alejandro Pozuelo. Soccer fans, as well as pundits, praised his performances in the matches. He is counted among the young players who will undoubtedly gain international fame as he gets older. Let's see where his professional career takes him in the coming years.

Ayo Akinola Net Worth And Earnings

It is a well-known fact that soccer players are among the highest-earning sports personalities in the world. However, since the American-Canadian player is in his early days of his career, his earnings are far lesser than well-known soccer stars. According to MLS Players' salary guide, Ayo Akinola's salary as of September 2019 was $56,256. He also pocketed $124,256 in compensation from his contract with the MLS.

Since this salary guide is for 2019, it is safe to say that Ayo might have earned a significantly larger sum in the 2020 season. His performances were also better in the latest MLS season, which might have earned him a larger compensation amount from the Toronto FC. And looking at his performances, we can say that Akinola is on the path of becoming one of the greatest soccer players in the world. 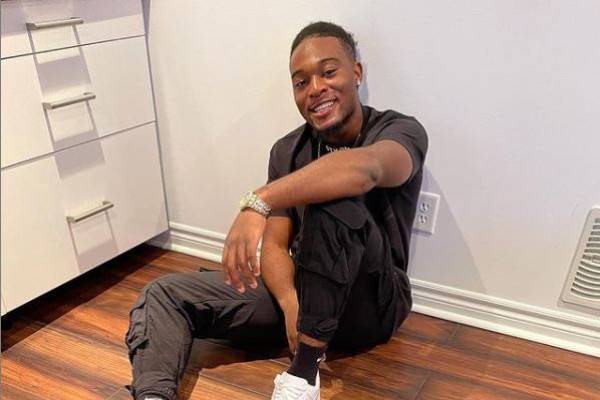 Ayo Akinola's net worth comprises of the salary he receives as a player of the Toronto FC. Image Source: Ayo Akinola Instagram.

Additionally, Ayo Akinola has also caught the eyes of big brands who are undoubtedly looking forward to making him their brand ambassadors. While there seem to be no brand endorsement deals for him at the moment, in the coming days, he might secure endorsement deals with big companies, which will help increase Ayo Akinola's net worth.

Ayo Akinola has opened up about his difficult childhood, and his career achievements are also public news. However, his relationship and love life are a piece of mystery. While Akinola's love life is a hot topic among his fans, he has not opened up about it yet. His Instagram page is also filled with pictures of his soccer journey and his friends.

As of now, the identification of Ayo Akinola's girlfriend is a mystery, but maybe in the coming days, he will share more about his love life.