Even though soccer is by far the most popular sport globally, only a tiny fraction of Americans follow the game passionately. However, with each passing season, the MLS attracts more and more US citizens towards the game.

Major League Soccer, abbreviated as MLS, is the top-tier league sanctioned by the United States Soccer Federation. The event demonstrates the sport's highest level in America. Prominent soccer names like Zlatan Ibrahimovic, David Villa, David Beckham, and many more have played in the league and helped popularise the game among younger generations in the US.

Over the years, the MLS has produced many local talents and aided their rise to the international level. Jozy Altidore is one of those native stalwarts discovered and nourished by the MLS league. The American athlete represented his native soccer-style on several international grounds while also improving soccer conditions in his homeland.

Today, let's take a look at Jozy Altidore's biography and see how he rose to become one of the most significant personalities in Major League Soccer.

Grew Up In Florida

On 6th November 1989, MLS star Jozy was born Josmer Volmy Altidore in Livingstone, New Jersey. Shortly after his birth, the Altidore family moved to Boca Raton, Florida, where he spent most of his childhood.

Jozy was raised by his Haitian immigrant parents, Joseph Altidore and Giselle Altidore. Furthermore, he is the youngest in the family and has three older siblings. Lindsay Altidore and Sadia Altidore are his older sisters, while Janak Altidore is his older brother.

From his early years, Jozy was fond of playing soccer. So much so that he would often take part in playful soccer acts with his brother inside the house. 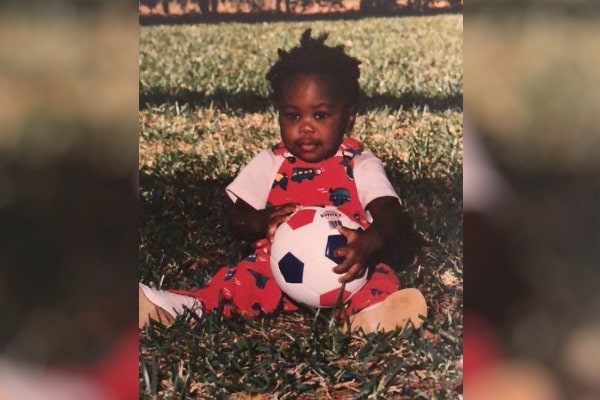 When Jozy Altidore was younger, he used to engage in playful soccer activities with his brother, even inside the house. Photo Source: Jozy's Instagram.

Consequently, the duo broke a lot of home equipment, including ceiling fans and utensils. In addition, although Jozy's father repeatedly asked them to take the soccer ball outside, they rarely listened and would start playing whenever they could.

After a while, Altidore's dad acknowledged his passion for soccer and enrolled him in Schulz Academy at the tender age of 8. Here, little Josmer used his time to practice and hone his skills under the guidance of his trainer.

Young Jozy Altidore kicked off his soccer career by playing for Boca Raton Juniors Soccer Club. He participated in many local tournaments with the club. Concurrently, he was also training with the under -17 national team at the IMG Academy.

Many national scouts were impressed by Altidore's skills and performance inside the stadium. As a result, he was selected 17 overall by the New York Red Bulls in the 2006 MLS SuperDraft.

Jozy made his professional debut on 23rd August 2006 in the US Open Cup against DC United. Afterward, he consistently put forward terrific performances, scoring three times in seven appearances, including a game-changing goal against the Chicago Fire.

At the end of the 2006-07 season, Jozy became a fan favorite. Besides, his exceptional control over the ball and shooting skills were appraised by many international critics. Thus, on 4th June 2008, he was signed by Villarreal of La Liga, the top soccer league in Spain.

On 14th September 2008, Altidore made his first La Liga appearance for Villarreal. Additionally, he became the only American international to score in La Liga on 1st November of the same year by scoring against Athletic Bilbao.

After spending one and a half year with the club, Jozy was loaned to Xerez. The move was meant to give Altidore more playing time, allowing him to improve his play. Nevertheless, a toenail injury halted his career for over a month, resulting in him never appearing for the team.

Following his recovery, the sports celebrity joined Hull City in the English Premier League. After spending more than a year with the team, he was loaned to Bursaspor. Following that, he played for many other international clubs, like Sunderland, AZ, and many more, leaving behind a long-lasting impact. 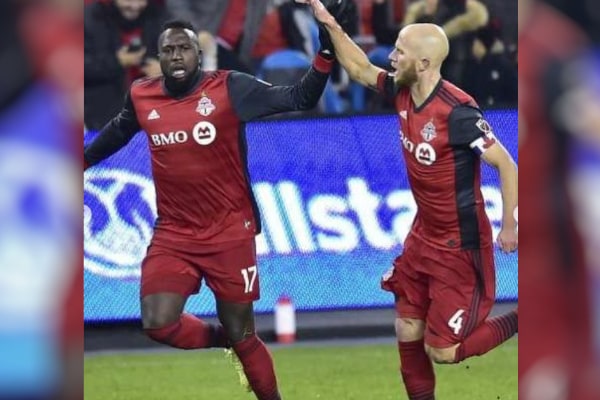 American soccer player Josmer returned to MLS in January 2015 when Toronto FC signed him. Since then, he has aided the team to numerous victories, continuously producing prolific performances. Other soccer players who have played for the Toronto FC are Ayo Akinola, Dom Dwyer, Alex Bono, among others.

Jozy Altidore's Net Worth And Earnings

Considering Jozy's massive stardom and dominance in the MLS, it is only natural for people to ponder all the fortunes he has amassed over the years. So come along as we break down Jozy Altidore's net worth and discover his sources of income.

Earnings As A Soccer Athlete

Jozy first signed an entry-level contract with the New York Red Bulls in 2006. Although details of the agreement were not disclosed, he must have collected a hefty sum of the cash while playing for the team.

Later on, the club sold him to the Spanish club, Villarreal, for $10 million. It was the largest fee paid for any MLS player at the time. During his seven-year tenure outside of America, Jozy accumulated handsome revenue from top clubs worldwide.

Moreover, Jozy is considered to be one of the highest-paid players in MLS. He reportedly obtains a salary of around $5 million annually from his club.

Further details about Jozy Altidore's payroll during his time with Toronto FC as given by Spotrac are shown below:

With more successful years to come, Altidore will indeed accumulate more cash from his career.

Apart from his professional earnings, various brand deals and endorsements significantly inflate Jozy Altidore's net worth. As reported by Forbes, he receives remuneration of more than $1.5 million from brand endorsements annually. 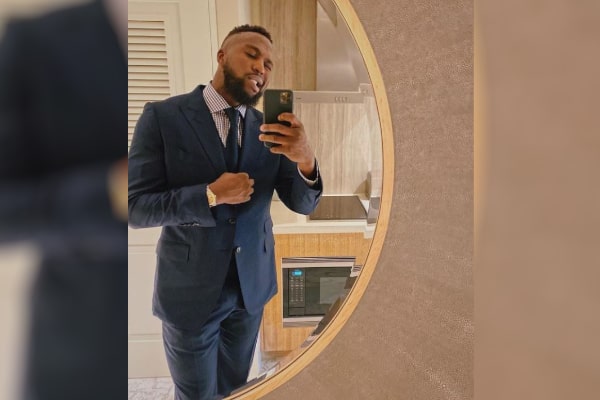 A large fraction of Jody Altidore's net worth is attributed to the massive funds he receives from the brand deals and endorsements. Photo Source: Jozy's Instagram.

Some of Jozy's major sponsors are Apple, Puma, Adidas, etc. All the lucrative brand deals have helped increase Jozy Altidore's net worth.

Even though Jozy has not shared info about his wealth, he likely boasts assets worth millions of dollars.

American sports celebrity Jozy Altidore has mesmerized millions of soccer fans worldwide with his outstanding skills on the field. Most of them are aware of his professional accomplishments and career breakthroughs. Yet, only a handful of people know about his love life and romantic endeavors.

Although Altidore has not disclosed everything about his former relationships, the athlete is not shy about flaunting his intimate connections every once in a while. Here, we uncover details about Jozy's affair and past dating experiences.

Lovely Son From A Mystery Relationship

The doting fatherhood side of MLS star Jozy is evident by his Instagram posts. He frequently shares images of his cute son, Cameron Altidore, along with sweet messages.

However, the soccer player has not shared any information about his baby mama. It is highly speculated that Jozy's child is the outcome of his previous affairs. Yet, no credible source has confirmed the news regarding Jozy Altidore's ex-girlfriend.

Judging by Jozy's posts, we can deduce that his son, Cameron, was born in October 2014. The sports personality often describes his boy as 'little Jozy.' But, as of now, Josmer is adamant about keeping the details of his baby mama a mystery. We can only hope he will provide more information about his past lovers in the upcoming days.

Known as a 'power couple' among sports fans, the love affair between Jozy Altidore and professional tennis athlete Sloane Stephens is no secret. The duo has been romantically linked since 2016.

Yet, what many of us are unaware of is that the couple were childhood schoolmates. Former US Open champion Sloane enrolled in the same school as Jozy when she moved to Florida in fifth grade. 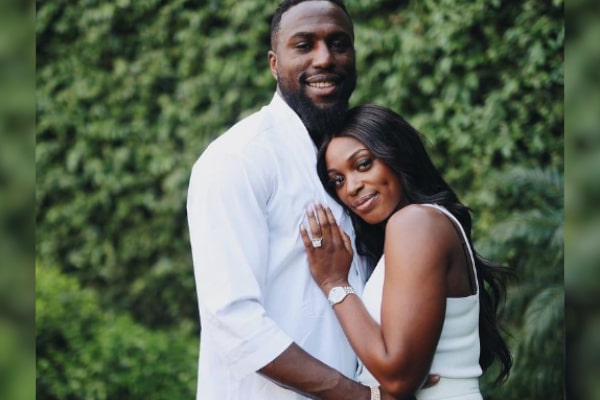 The initial impression made by Jozy was not great. Besides, Jozy Altidore's girlfriend, Sloane, mentioned that he even used to bully her. However, the Toronto player has now drastically changed and turned into a polite man.

So, when the couple reconnected in early 2016, Jozy asked her out, and they developed an intimate connection. Additionally, the pair announced their engagement in April 2019.

We are sure that we will get to see more of this soon-to-be husband-and-wife duo.