Kyle Barri Duncan, popularly known as Kyle Duncan, is an American soccer player currently playing in Major League Soccer (MLS). The 5 feet 9-inch tall player is a right-back defender for his team New York Red Bulls. His jersey number is 6, and he has already played in various clubs and national teams.

Kyle Duncan was born on August 8, 1997, in Brooklyn, New York, US. Studying up in his hometown Brooklyn, he completed his high school education at Medgar Evers College in 2015.

About his family, there is hardly any information about his mother, father, or siblings. According to his Facebook profile, Kyle Duncan's father's name is Barrington Duncan. His uncle, George Weah, is a former professional soccer player and is currently serving as 25th President of Liberia. His cousin, Timothy Weah, is a fellow soccer player currently committed to Ligue 1 side Lille. 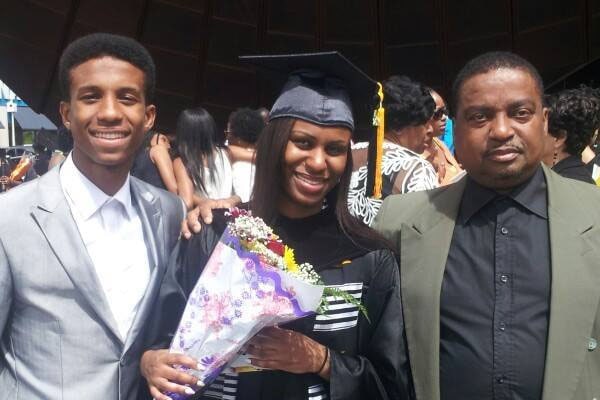 Kyle Duncan was a soccer disciple since his early childhood. Before signing professional contracts, he played in Rosedale Rockets Soccer Club owned by his uncle, Michael Duncan. Now, at New York RB, the young lad has had opportunities to play in Europe as well as in international games too. Let's have a glance at his soccer journey.

Career As A Soccer Player

Kyle Duncan started his professional soccer journey from New York Red Bulls Academy as a youth player of the club. From his early teenage years, Duncan has been an aspiring athlete. At first, he played as a reserve in Red Bull's team against Harrisburg City Islanders in August 2014. He then began training consistently with the academy's youth coaches, which eventually led him to start in all of Red Bull's U18 games during the 2014 fall season. 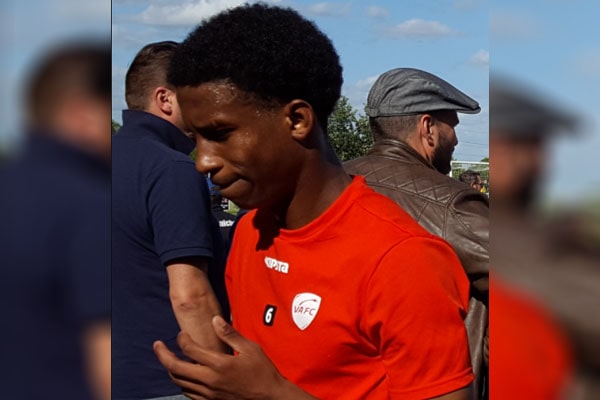 In 2015, Duncan joined Valenciennes on a two-year contract deal. Kyle made his debut for the French side on May 14, 2016, as a right-back against Olympique Noisy-le-Sec. Although he was assigned a role in the first team of the 2016-2017 season, he was unable to make any appearances for the club.

After having an average season in France, Kyle returned to the U.S. to reignite his professional career in Red Bull's first team. After signing a contract on March 9, 2018, with the MLS side, Duncan showed a strong passion and completely dominated as a defender, "Man-handled," as described by TV commentator Jonathan Yardley, against Portland Timbers. His first MLS assist came on March 24, 2018, in a match against Minnesota United FC. Although he kickstarted his pro-career season with a bang, Duncan suffered an ACL injury on March 31, 2018, which affected his form and thus was not often selected in the first team. He was also listed as a defender in the Red Bulls II 2018 roster.

He joined New York Red Bulls II for the 2019 season as a loanee. He scored his first professional goal, which led to a victory against Nashville SC on August 21, 2019. He displayed a strong character on the field for New York RB II, which was a big turnaround in his professional career. After his imposing performance as a second-team player, he was again called up to the first team. As an MLS player, he produced a screamer for his first goal in a 2-0 victory against Portland Timbers on September 19, 2019. Furthermore, he was also featured in U.S. Open Cup and Club Champions League (CCL) during his 2019 season. 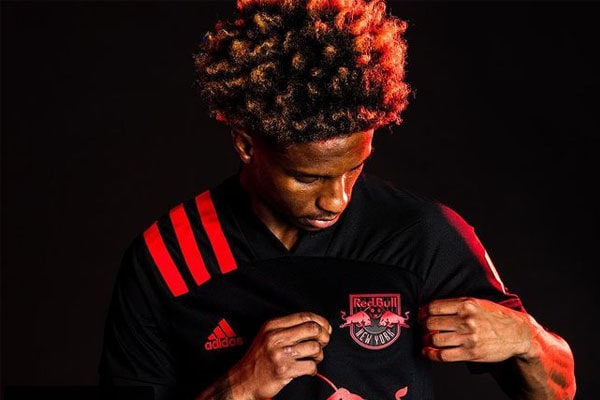 Duncan continued his outstanding form as a starter for Red Bull's first team. On 1st March 2020, he helped the team win their first victory of the season by scoring a goal and delivering two assists in a 3-2 win over FC Cincinnati. He produced a record highest career goal (3) and assists (4), playing 23 games during the 2020 season.

Being a defender, it's always hard to contribute in goals. Still, Kyle Duncan has proven otherwise by showing determination, passion, and strong character during his time with New York Red Bulls.

Kyle has also been called up for international duties. He has participated in the 2015 Copa Chivas Internacional held in Guadalajara, Mexico, as a U-18 Men's National Team member. As a defensive right back, he was also featured in the US Youth National U-18 team and in the starting lineup for the USYNT U-19 team. 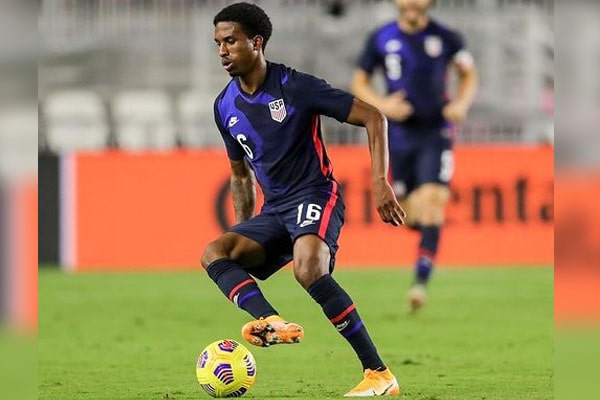 He was also called up to US Men's National U-23 for the Gold Cup campaign. Most recently, he played for the US National Soccer Team.

Net Worth, Salary, and Endorsements

Kyle Duncan is still a young professional who is yet to earn huge salaries. Some MLS players like Javier Hernandez earn up to $6 million per year from salaries and has a net worth of $30 million. Duncan being a pretty young player, has a long way to earn such huge amounts. However, he's getting a substantial paycheck for his service at the club.

The American soccer player's growing professionalism has also resulted in an increase in his salary. From 2018 to 2020, Kyle Duncan's salary was raised from $54,500 to $81,225. Kyle Duncan's net worth is still not officially confirmed, but we can assume that he has already amassed a vast fortune.

Going through his Instagram, we can find that he is associated with Nike and Box2Box Tech Solutions Inc., which means he could have been sponsored by these brands.

According to Transfer Markt, the market value of Kyle Duncan as a soccer player is around $1.10 million.

Being in his 20s, Kyle is a young professional soccer player, and people are desperate to know about his relationship status. Unlike his professional career, Kyle Duncan is very secretive about his love life and relationships. Not any information has been reported about his girlfriends or wife. However, he once posted a photo of him with a girl on his Instagram on New Year's day, which could be his girlfriend or just a friend or even some family members. 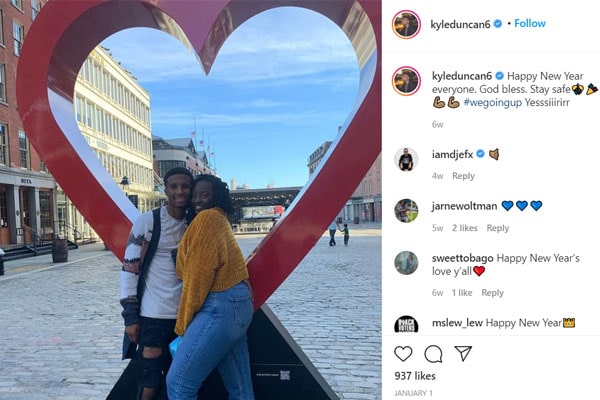 Kyle Duncan posted a photo with a woman on New Year's day, who fan speculated is his girlfriend. Photo Source: Kyle Duncan's Instagram.

Looks like something is up. Is the woman in the picture  Kyle Duncan's girlfriend? Let's wait and watch if the talented soccer player is already in a committed relationship. So until and unless Kyle decides to reveal about his love life, fans must just assume.