Noelle Quinn has won the WNBA Championship both as a player and a coach. Image Source: Noelle Quinn Twitter.

Noelle Quinn is a popular former basketball player who currently serves as the head coach for WNBA's Seattle Storm. She played as a shooting guard for several teams in her decade-long career. Quinn has been a driving force in women's basketball and has made quite a name for herself in both her coaching and playing careers.

The coach's journey from a top athlete to a WNBA coach has been great. Despite doing so well in her field, people still don't know much about Quinn. So, in this biography, let's discuss more about how she has been faring in her current position and the challenges she has faced as a coach.

Started Playing In the Boys' League At Eight

Noelle Monique Quinn was born on January 3, 1985, to American parents Eugene Jackson and Golden Quinn in Los Angeles, California, USA. Noelle Quinn's mother was a big part of her basketball career as she supported her early on. Golden said that Noelle had started getting interested in basketball when she was three. The latter used to dribble the ball and show her dad and mom how she was very much into the game. She started playing in the Boys' League when she was just eight years old.

Noelle Quinn's mom was an elementary school teacher who taught kindergarten through sixth grade for 35 years in the LA School District. The athlete wanted to become a teacher when she was a kid as she saw her mama as a superwoman. She also considers her sister Elonte Quinn, her role model. 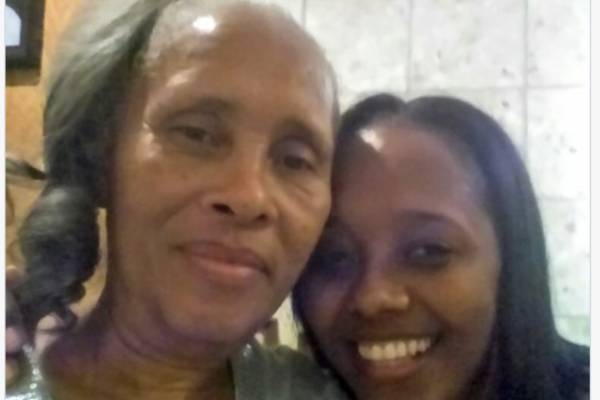 Noelle Quinn saw her mother as a superwoman as she supported her a lot. Image Source: Noelle Quinn Twitter.

Moreover, the black-haired coach attended and graduated from the University of Califonia, Los Angeles, with a BA in Sociology in 2007. She was among the best all-around players in UCLA Women's Basketball history. Quinn was inducted into the UCLA Athletics Hall of Fame in October 2021 and had her jersey retired.

Noelle Quinn Net Worth And Career

Having worked as an assistant and associate head coach for two years, Quinn was appointed as the head coach of the Storm in 2021. Prior to that, she had a brilliant playing career, during which she also won the WNBA Championship. With all the achievements she has had so far, Noelle Quinn's net worth must be massive.

During her collegiate career, Quinn was featured as one of the best all-around players in UCLA women's basketball history. Likewise, she was also named one of the Terrific 10 players in the country in 2007 by Street & Smith's College Basketball Yearbook. She ended her collegiate playing journey with 1,829 points and 17.1 points per game.

Furthermore, Noelle was drafted in the first round of the 2007 WNBA draft by the Minnesota Lynx. She got off to a slow start as a rookie, but was rewarded with a chance to play as a point guard following the injury of Lindsey Harding. She performed incredibly well as she set a franchise record of 14 assists in the season finale. She ended the 2007 season with 2.8 average points and 4.4 assists per game with a total of 148 assists, and tied a club record previously held by Teresa Edwards.

The 6-feet tall athlete played in the WNBA for 12 years with five different teams- Minnesota Lynx, Los Angeles Sparks, Washington Mystics, Phoenix Mercury, and Seattle Storm. Her biggest achievement as a player was winning the WNBA Championship in 2018 with Storm. Furthermore, during her final year with the team, Noelle Quinn's salary was $70,000.

After earning the WNBA title as a player in 2018 with Seattle Storm, the UCLA graduate went on to win the championship again two years later as an associate head coach. Her other title as a head coach came after she helped the team bag the Commissioner's Cup Champion in 2021.

Did you know Las Vegas Aces' head coach Becky Hammon earns $1 million per season? She also became the first WNBA coaching figure to make a six-figure salary. Though her income mightn't amount as much, Quinn's salary as a head coach must also be significant. Hence, Noelle Quinn's net worth must be notable.

Jonquel Jones is another WNBA athlete with good earnings.

Is Noelle Quinn Dating Anyone?

The Storm coach has not been seen with anyone as of now and is quite private about her love life. Likewise, her Twitter profile does not hint at Noelle Quinn's partner. Instead, she mostly shares pictures of her matches and her family.

Though there have been many inquiries about Noelle Quinn's husband, she doesn't seem to have married. So could it be that Quinn is single? The information about who she might be dating will only be known when she shares the detail herself.

Nevertheless, Noelle seems to be living a content and comfortable life with her family. She appears very much focused on her career and leading such a promising team, we can't say this is unexpected. She has achieved a lot of success so far, so let's hope she can keep winning titles and make everyone proud. Also, hopefully, the talented American coach will share the details about her private life with her fans.