'Visionary' is probably the perfect word to describe coach Ken Eriksen. He has been the softball head coach of the University of South Florida Bulls since 1997. Similarly, Ken is also the manager of the United States women's national softball team.

The head coach has been professionally involved in the sports sector for several years. As Ken is on top of his coaching game, several fans are intrigued to know about his life story and how he established himself as a successful coach. Hence, this article covers all essential details, including his personal life and professional career.

Ken Eriksen Net Worth And Career

Coach Ken deserves all the praise for the South Florida Bulls softball team's achievements. He is also one of the country's most committed and diligent coaches. Eriksen has also had a long history of professional involvement in the league. Therefore, Ken Eriksen's net worth must be significant as he has coached for several softball clubs throughout his career.

Eriksen played in five positions while attending USF, primarily as a pitcher and a catcher. His career batting average was .315, and his ERA was 2.48. Moreover, he started playing fastpitch softball following his graduation. The coach was signed by the American Softball Association's Clearwater Bombers in 1986, and he played there until 1992.

Before retiring from his playing career, Eriksen competed for the Tampa Smokers from 1996 to 1997 and ASA's Larry Miller-Toyota team from 1993 to 1995. Afterward, he accepted the position of head coach of USF softball. Aside from that, the sportsman was a member of the US men's national softball team and led them to win silver at the 1991 Pan American Games. In 1992, he was also named a First Team All-World catcher.

An American softball player earns $64,168 a year on average. So, Ken Eriksen's salary during his playing career must have been significant.

In 1989, Ken joined his alma mater's softball team as an assistant coach under famous coach Hildred Deese, who guided the Bulls to back-to-back national titles in 1983 and 1984. After the retirement of coach Deese, the former baseballer took over as the second softball coach in USF history in 1997.

Likewise, the Bulls have won seven conference titles, made a Women's College World Series appearance in 2012, and sixteen NCAA tournament appearances under his guidance. Similarly, USF pitchers have thrown three perfect games and 19 no-hitters during his tenure as coach. Furthermore, under Eriksen, the Bulls have finished 10 seasons with 40 victories, six seasons with 30 victories, and one with 60 wins.

Moreover, the coach also signed a contract with the Bulls through the 2020 season in 2013. As per the deal, Ken Eriksen's base salary was increased to $130,000 a year, which was 37 percent up from the $95,000 base he earned as part of a contract signed in August. That agreement covered seven seasons and ran through 2020. Likewise, Ken's current contract must also guarantee a substantial income.

Therefore, looking at his experience and the deals he has signed, Ken Eriksen's net worth is expected to be tremendous. Bob Coolen is another softball coach with massive earnings.

Is Married To A Doctor

The head coach shares a successful marital life with his spouse, Dr. Debra Eriksen. Ken Eriksen's wife is the owner and medical director at Reviviving My Health. She is also the owner of Suncoast Anesthesiology, Inc, where she works as an Anesthesiologist. Debra is an excellent and caring medical practitioner who gives wonderful care to her patients. Likewise, Ms. Eriksen graduated from Nova Southeastern University. 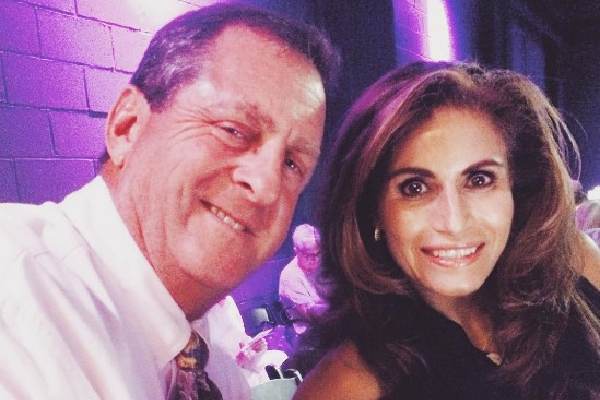 The lovebirds first met at the University of South Florida and later married on July 14, 1985. The duo has been together for several years and is still going strong. They support one another selflessly and are always there to listen to each other's sorrow. We hope the wonderful couple will be together forever and that their marriage will last a lifetime.

Ken and his partner, Debra, have welcomed two hard-working girls, Tatiana Sophia Eriksen and Natasha Eriksen. Ken Eriksen's elder daughter, Tatiana, born on 1996, is a dancer, writer, and Kazoo player. Likewise, the duo's younger child, Natasha, was born in 2000. She is an ambassador of Mini Activewear, a clothing brand known for empowering women in and out of the gym. 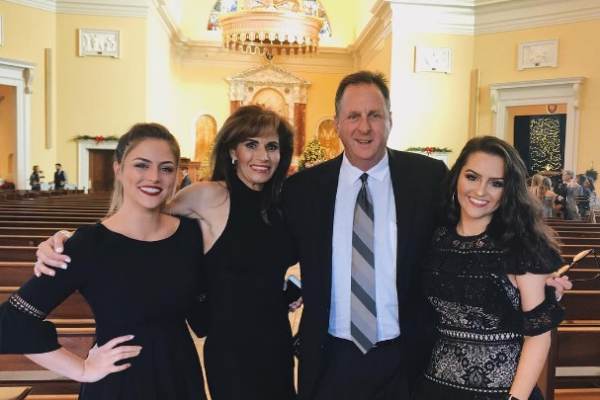 Moreover, Ken Eriksen's children have grown up and are succeeding in their careers. He must be delighted with what they have accomplished so far. The head coach is also a great father to his daughters and has always inspired them. In addition, Natasha and Tatiana look up to their dad and consider him their hero.

The dedicated coach was born in New York, United States. However, Ken has kept the information regarding his birth date and family background hidden. Nevertheless, he must have grown up in a very understanding and supportive family. Furthermore, he has always been passionate about sports and wanted to build a career in it.

Similarly, talking about the coach's educational qualification, he graduated from Ward Melville High School in East Setauket, New York. Later, Ken studied at the University of South Florida, where he was a member of their baseball team. Furthermore, the coach graduated from USF in 1984 with a degree in political science. In addition, he returned to South Florida to earn his master's degree in public administration.

Howbeit, the head coach has successfully transformed the scenario of the South Florida Bulls through his vision, dedication, and consistency. He has surely come a long way from playing in college to being the head coach of a renowned collegiate team. In essence, we hope Eriksen is doing well and living a happy life with his family.