Bob Coolen is an American softball coach who is serving as the head coach for the University of Hawaii's softball program. Image Source: Bob Coolen Twitter.

Behind any player's success, it is believed that there is a coach. And in any sports like football, basketball, baseball, or others, it is undoubtedly true. Likewise, today's article discusses about Bob Coolen, who has been the head coach of the University of Hawaii's softball program since 1992.

Born Robert Coolen, he has been professionally involved in the league for several years and has trained several young players to be their best. Likewise, the sportsman began his journey by playing softball in his academic years. He then transformed from actively playing in the field to coaching others.

Shares A Strong Bond With His Family

The skilled coach was born on January 24, 1958, in Somerville, Massachusetts, USA. He grew up in a very supportive and loving family. Sadly, Bob Cooleen's parents, Robert L. Coolen and Shirley Coolen, passed away in 2017 and 2021, respectively. His late father was an Army veteran, while his mother was a longtime employee for Hit or Miss.

Furthermore, Bob grew up alongside his sisters, Diane Goodwin, Cheryl Coolen, and Patricia Trottier. Likewise, the Somerville native attended Wesleyan University, where he was a multi-sport athlete. At his uni, Coolen played wide receiver on the school's football team, was a member of the swim team, and a pitcher on the baseball team.

Later, in 1980, Bob graduated from Wesleyan with a degree in government. Afterward, he attended Boston University in 1986 and earned a master's degree in human movement.

Bob Coolen Net Worth And Career

Coach Coolen is someone who deserves maximum credit for the success of the Hawaii Rainbow Wahine softball team. In addition, he is one of the most dedicated and hardworking coaches in the United States. Similarly, Bob has been professionally involved in the league for many years. Hence, Bob Coolen's net worth must be significant as he has coached for several softball clubs throughout his career.

The sportsperson began his coaching career at Bentley University in Waltham, Massachusetts, where he worked as the head coach of the university's swimming and softball teams. In addition to that, he served as the equipment and facilities manager. In 1990, Coolen left Bentley to work as Rayla Allison's assistant in Hawaii.

Finally, in 1992, Bob was named the head coach of the Rainbow Wahine softball team after Allison's resignation. Rayla left the team to become the first full-time executive director of the National Fastpitch Coaches Association. Moreover, he led the team to win the WAC championship and earn a spot in the NCAA tournament in 2010.

Likewise, Hawaii qualified for the Women's College World Series for the first and only time after defeating Alabama Crimson Tide the same season. With a 5-2 victory over U.C. Santa Barbara on April 13, 2019, Coolen became the fourth coach in the university's history to reach the 1,000-win milestone, joining Dave Shoji, Les Murakami, and Jim Schwitters. Now, let's look at coach Coolen's head coaching stats in recent years.

Talking about Bob Coolen's salary, he signed a five-year contract with Hawaii that paid him $87,000 per year in 2010. His pay was increased to $112,008 annually in 2013. Similarly, Bob's current contract must also guarantee a substantial income.

Hence, looking at his experience and the deals he has signed, Bob Coolen's net worth is expected to be massive. Likewise, Patty Gasso is another softball coach who has notable earnings.

Has A Supportive Wife

Bob shares a happy marriage with his spouse, Nanci Coolen. The lovebirds share a successful marital life and have been together for several years. Furthermore, Bob Coolen's wife was a P.E. and health teacher at Punahou School, as per a 2018 article. Nanci often hangs around the Hawaii softball team and is someone with whom anyone can ask for life advice or game advice. Likewise, the coach feels eternally grateful for his supportive and loving partner. 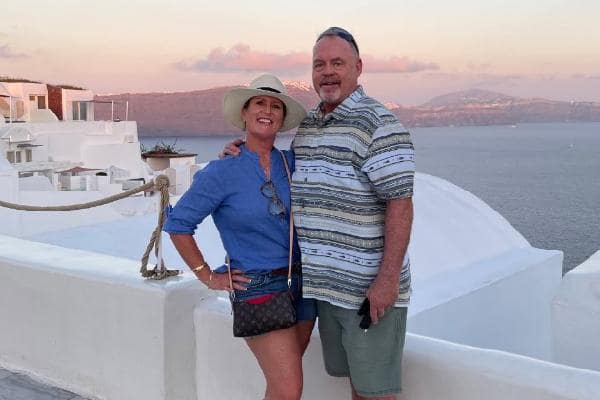 Bob Coolen and his wife, Nanci Coolen are happily married and have been together for several years. Image Source: Bob Coolen Twitter.

Moreover, the duo is successful in their professional lives and prioritizes their relationship. The husband-wife couple has selflessly been there for one another. Bob also mentioned that he can share everything with his wife regarding sports and that she would always listen to him. Nevertheless, we wish the pair's marriage lasts a lifetime.

The head coach and his spouse share two children, Demi Coolen and Bo Coolen. Bob Coolen's son, Bo, was an assistant baseball coach at Vanguard University after graduating from Ohio State. Similarly, he previously served as the senior associate head coach for Westcliff's baseball squad for two years. In addition, Bo played two seasons as a Buckeye and is now a co-head coach of Grace College's softball program.

On the other hand, Bob Coolen's daughter, Demi, is a Senior Safety Management System (SMS) Engineer for Boeing Defense, Space & Security (BDS). She completed her education at the University of Southern California, earning a Bachelor of Science degree in Mechanical Engineering. She is an engineer by profession and has been excelling in her field. 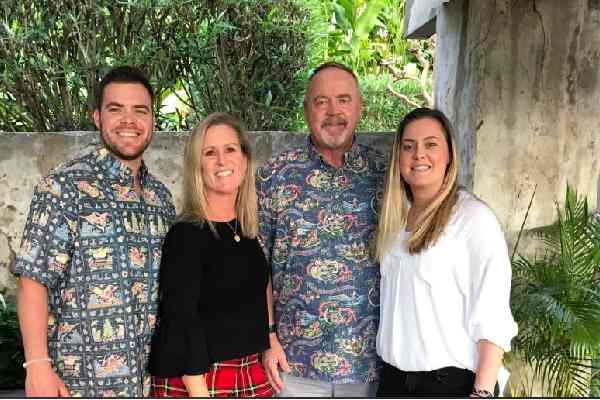 Hence, both of Bob Coolen's children have grown up and are succeeding in their careers. He indeed must be proud of their achievements. In addition, the head coach is a wonderful father to his kids and has always motivated them.

Nevertheless, Bob has come a long way from playing softball at his college to being the head coach at Hawaii and leading the team for almost three decades. He must have faced a lot of ups and downs on the way; however, the strong-headed coach never gave up and has established himself as one of the best coaching figures in the country. Overall, we hope he is doing well and living a happy life with his family.