Karen Weekly is serving as a softball head coach at the University of Tennessee. Image Source: Karen Weekly's Twitter.

Coaches in any sports help to set vision and goals and motivate players to improve and perform better. So, today we'll talk about Karen Weekly, a softball coach that has been serving for a long time. She is currently the head coach at the University of Tennessee and is doing fantastic at her job. Also, from 1997 to 2001, Weekly served as the co-head softball coach at Chattanooga.

Apart from being a skilled coach, there are many things you may not know about her. So take a look at this biography to learn more about Karen Weekly's personal and professional life.

Has A Juris Doctorate

The talented sports personality was born Karen Kvale in the mid-1960s and celebrates her birthday on October 14. She was brought up in Edmonds, Washington, USA. Karen Weekly's parents are Chuck Kvale and Ruthann Kvale. Her mom and dad were very open-minded and supportive.

In one of the interviews, the coach shared how her father and mother were the most influential people in her life. They always believed in her and her siblings and provided them with everything they needed. Also, in the Kvale family, there were no stereotypes.

Likewise, Karen was a tomboy growing up as she didn't like dressing up like a girl and playing with dolls. Also, Weekly comes from a progressive family that taught her and her sisters to never let gender limit their ambitions. Karen Weekly's sisters are Kristi Kvale and Kathy Kvale. 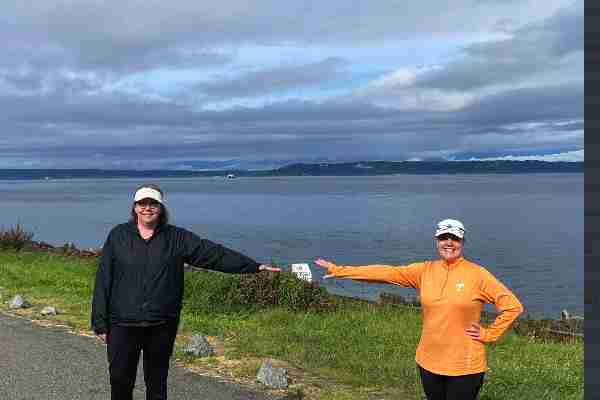 Despite playing softball and tennis primarily, Karen's first love was basketball. While attending Pacific Lutheran University, she was a two sports star in basketball and softball. She was also named the first All-American in the softball program and was put into the school's athletic Hall of Fame.

Talking about Weekly's education, she graduated with a Bachelor's degree in history and political science. After that, she enrolled in the University of Washington School of Law. She always wanted to be a lawyer, but after attending classes, she felt an emptiness and thought she wouldn't be able to play sports. Nevertheless, in 1990, she earned her Juris Doctorate.

Karen Weekly Net Worth And Career

Karen served as an assistant coach for Tennessee from 2002 and became the head coach on 2021. She has amassed much reputation and fortune in her professional career of over two decades. Similarly, she has made a great name for herself. So based on her coaching career, Karen Weekly's net worth must be substantial.

Before coaching, she was an associated attorney at Willams, Kastner & Gibbs in Seattle from 1990 to 1994. She later moved to Tennessee and resumed her profession with Grant, Konvalinka & Harrison in Chattanooga. Then, in August 1995, Weekly started working as an assistant professor in the College of Business Administration at UTC and taught a course entitled the Legel Environment of Business. It was there she received an opportunity to dive more into coaching.

Moreover, Weekly and her husband signed a contract extension of five years with Tennessee in 2018, whose combined value was more than $2.3M, with an average annual pay of $467,000. After becoming a head coach, Karen must have signed another new deal which must also guarantee a notable salary. Thus, Karen Weekly's net worth must be a commendable amount.

Ken Eriksen is also a softball coach who has earned a massive fortune.

Aside from coaching, if there is one thing that the UT coach enjoys, it's her perfect companionship with her spouse. Karen Weekly's husband is Ralph Weekly, the former head coach of Tennessee who retired in 2021. He previously served in the United States Air Force as a special agent.

The pair's relationship history goes back to their days at Pacific Lutheran University. Ralph was a softball coach there, and Karen offered to help him. Later, the pair began dating and married in 1994. Furthermore, the lovebirds worked as a coaching duo for Lady Vols from 2002 until Ralph's retirement. Looking at their strong bond both within a household and in the workplace, we can't exaggerate how much the couple is made for each other. 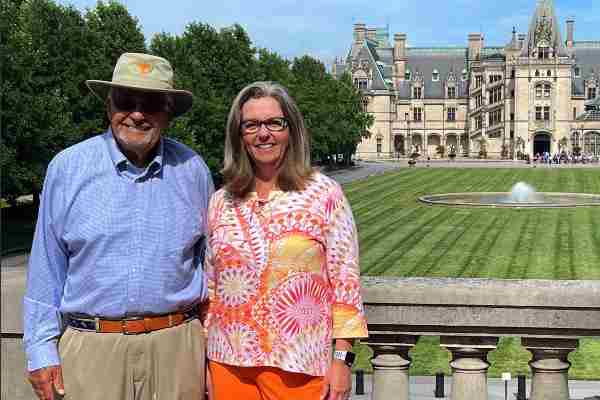 Karen Weekly's hubby admires her and gladly talks about her accomplishments. In one of the interviews, he said how his wife was the best coach he had ever worked with. Besides that, the couple also loves to travel, and Karen often posts pictures of their trips on Twitter.

Karen and her partner are blessed with two children, Marc Weekly, and John Weekly. Karen Weekly's son, Marc, served on the UT softball coaching staff for twelve years. He is married to Cheryl Weekly and has three kids, Jake Weekly, Regan Weekly, and Garrett Weekly.

Overall, Karen is doing great in her career and is leading a peaceful life. Hence, we wish the Weekly family successful and healthy life in the coming days.