Dicky Eklund is a former professional boxer who was portrayed by Christian Bale in The Fighter. Photo Source: Wikimedia Commons.

When the name Dicky Eklund is mentioned, many people might have different impressions. Some might remember him as boxer Micky Ward's brother, while others might have seen him being portrayed in the movie The Fighter, by Christian Bale. For his role, Bale even took home an Academy Award and a Golden Globe.

However, Dicky is no longer under his brother's shadow, and though The Fighter covered much of his life story, there is more to Eklund than what was shown in the movie. From competing in some of the top boxing matches to falling victim to cocaine addiction, this guy has been through a lot in his life.

Hence, it's essential to tell the life story of Mr. Eklund as it is not only inspiring but also gives valuable lessons to each of us.

Is A Native Of Lowell

The boxer was born Richard A. Eklund on May 9, 1957, in Lowell, Massachusetts, USA. His parents are Richard Eklund Sr. and Alice Ward. Dicky Eklund's mother later remarried George M. Ward Sr., and together they raised him and his eight siblings, including Micky.

Micky Ward's brother started boxing when he was only twelve years old in the streets of his hometown. Soon after, he began to fight people nearly twice his age. His hard work saw him getting better in the ring and soon landed him in matches against renowned boxers. Moreover, Dicky trained Micky in certain phases of his career. From Micky's pro-debut to his first retirement, Eklund was his full-time trainer for twenty-six fights.

Besides, the former boxer hasn't shared much about his schooling and education.

His Bout With Sugar Ray Leonard Is Considered A Classic

As already mentioned, Dicky slowly evolved from fighting competitors twice his age to squaring off against renowned boxers in the ring. His famous fight to date was against Sugar Ray Leonard on July 18, 1978. The match was even televised on HBO.

Sugar was already a household name, having won several professional matches. On the other hand, Eklund was a newbie and was expected to lose by many. Despite being knocked down three times, he gave Leonard a real fight and boxed toe-to-toe. In the end, Sugar won the match, but Dicky's performance was applaudable.

Following the classic Welterweight match, the boxer went on to compete in many competitions. He also earned heftily, which we will cover in the next sub-heading.

Dicky Eklund Net Worth And Career

The Lowell native competed in the Welterweight division and won over 190 fights as an amateur. He also earned three Golden Glove titles to his name. After his legendary match with Sugar Ray, his next big win was becoming the 1983 New England Welterweight Champ.

During his pro career between 1975 and 1985, Eklund had a total of nineteen wins out of twenty-nine fights. He won four of his bouts by knockout. Now, let's take a look at some of Dicky Eklund's boxing results in the table below:

For his match against Sugar Ray Leonard, Eklund's prize money was $4,500, as per BoxRec. However, several sites claim he earned $7,500 for that bout. Similarly, he must have earned notably from his other fights as well. Sadly, Dicky's prospering boxing career came to an end due to his crack cocaine addiction. It even caused him to spend some time behind bars.

Afterward, the former professional boxer became his brother's trainer. He is now working as a boxing coach and personal trainer. As per a 2017 New Haven Register article, he also owned an outdoor hockey rink and a boxing gym. Hence, Dicky Eklund's net worth must comprise his earnings from his personal training sessions and businesses.

Also, as per Men's Journal, Eklund was paid $193K by Paramount for his story and participating in The Fighter.

Now that we have talked about his boxing career let's move to the Lowell native's relationship. Well, as per several sites, he is in a loving relationship with his partner Leslie Stephens. The pair have been together for more than ten years. Also, Leslie is younger than Dicky by ten years.

However, the relationship between the couple isn't always harmonious. Dicky Eklund's girlfriend, a former nurse, called the cops on him in 2009 after he strangled her. He was then charged with attempted murder and domestic assault. Furthermore, Stephens again had her beau arrested the following summer, but the prosecution couldn't go forward as she refused to testify. 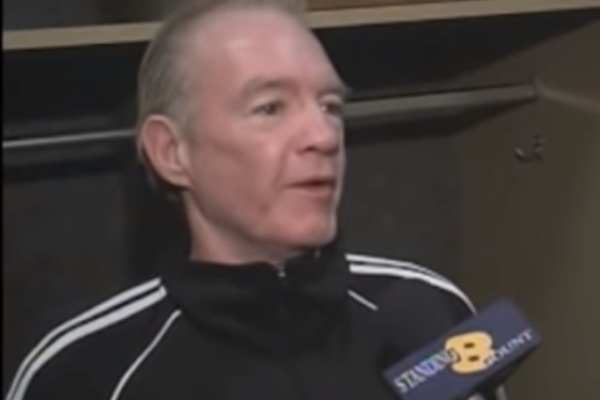 Despite all this, the duo appears to be together still. But it isn't known whether the lovebirds have tied the knot.

As the title suggests, Mr. Eklund is a proud father of three children, Dicky Eklund Jr., Tommy Eklund, and Kerry Eklund Moore. Among them, Eklund Jr. was born in September 1991. But, the birthdates of other Eklunds' have yet to be revealed.

All of Dicky Eklund's children appeared in The Fighter alongside him. His son, Dicky Jr., has seven other acting credits, including Hostiles, Patriots Day, Bleed For This, American Hustle, and more. He also performed stunts in Black Mass.

The former boxer leads a modest life away from media glamour. His kids have followed in his footsteps and are enjoying a quiet life too. Hence, much about Dicky's sons and daughter's education, family, and other details have not been revealed. Also, it hasn't been disclosed who Dicky Eklund's baby mama is.

Overall, Dicky has experienced many highs and lows, including the end of his boxing career and being incarcerated. From his crack cocaine smoking days to now working as a trainer, one can imagine the number of struggles Eklund had to face to reach where he is now. Thus, he inspires people by being who he is, i.e., a man who had it all before losing everything and re-finding himself.