Guillermo Rigondeaux is a renowned Cuban professional boxer who won his first medal when he was 19 years old. He is a seven-time Cuban National Champion who has won back-to-back WBO Super Bantamweight Title. Since the starting of his career, Guillermo has had much success and has gained fame.

Rigondeaux has been able to amass a considerable amount of fortune in his boxing career. He is a married man and is blessed with a son. He goes by the nickname El Chacal ("The Jackal") Rigo. Now, let us learn more about Guillermo Rigondeaux's biography and his professional career.

According to ESPN, his mother died while he was in the United States, and his father disowned him for being disloyal to the Revolution. Plus Guillermo also has not revealed much information regarding his education.

Guillermo is a married man. Guillermo Rigondeaux's wife's name is Farah Colina. They are blessed with two sons, one of them is named Nijash Rigondeaux. His other son's name is Cesar. According to SunSentinel, in the year 2007, when his family was going through their residence problems, Rigondeaux's wife was vocal about it.

He has kept his personal life out of the spotlight, so there is no information regarding how they met and more. However, going through his Instagram post, we can see that he loves his family and is proud of his children.

Since the start of his career, Guillermo Rigondeaux has come a long way now. Guillermo has set good records of his boxing matches Let's see how he has flourished in the game.

Furthermore, he has won other gold medals for Bantamweight at the Central American Games in Cartagena, Colombia, in 2006, and the Nations Cup in Baku, Azerbaijan. Overall, Guillermo has had a pretty successful amateur career with 386 fights under his belt, with a record of 274 wins, 12 losses. 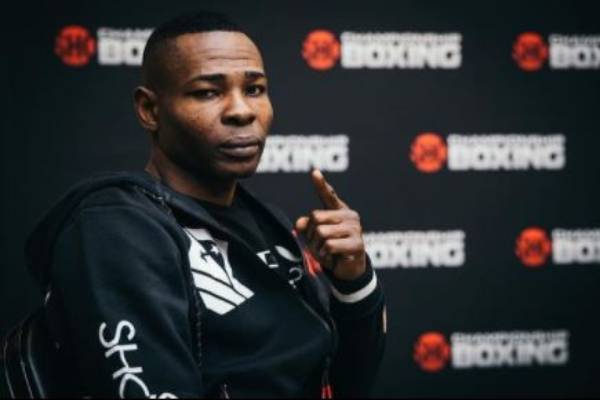 On April 13, 2013, Rigondeaux won a unification bout against WBO  and The Ring champion Nonito Donaire with a score of 117-110 in favor of Rigondeaux. For that fight, Rigondeaux left his trainer Jorge Rubio and started training with his former amateur trainer Pedro Diaz. On July 19, 2014, he won the next defense against veteran Sod Kokietgym at the Cotai Arena, Macau, China, which was the first professional fight for Rigondeaux outside of the United States and the last time he fought under the Top Rank banner. Rigondeaux returned to the United States after 23 months and had his first fight in 11 months against Filipino boxer Drian Francisco. He won the battle and claimed the vacant WBC International Silver Super Bantamweight title. During the year 2016, while he was training in Russia, he was scheduled to fight Liverpool's James 'Jazza' Dickens. This would be the UK debut for him planned on March 12, 2016. However, it was announced that the fight was off due to Rigondeaux failing to obtain a UK visa.

In January 2018, WBA stated that Rigondeaux was removed as their 'Super' champion. He returned to training on July 25, 2018, and on August 2, Rigondeaux and Roc Nations Sports decided on a mutual agreement to terminate their contract. Later, on November 20, 2018, it was reported that Rigondeaux had started training with Ronnie Shields, a veteran trainer in his training base in Houston, Texas. Rigondeaux returned to the ring in December 2018.

Here are some more boxing matches of Guillermo Rigondeaux with different fighters and their match results, according to Wikiwand.

Guillermo Rigondeaux's boxing career is quite successful, with more victories as compared to his losses.

These are a few of the battles of Guillermo and his income from the matches. Guillermo Rigondeaux's net worth has not been revealed yet, but we can assume that he has earned significantly from different boxing matches.