Amir Khan is a professional boxer, promoter, and philanthropist from Britain. He is the World champion boxer who won WBA, WBA (Super), and IBF Light Welterweight titles. He has won several boxing matches in his career.

Amir is one of the famous and successful boxers from Britain. With a prolific boxing career, he is one of the highest-paid British fighters in history. Amir is commonly known by the nicknames King Khan and Pride of Bolton. Now, let us learn more about his biography and professional boxing career.

Amir Khan was born Amir Iqbal Khan on December 8, 1986. Khan, born and brought up in Bolton, England, is a descendant of the Janjua Rajput, a royal warrior clan in Punjab, Pakistan, his family's homeland. He is the first of four children of father Shah Khan and mother Falak Khan. His siblings are Haroon Khan, Mariyah Khan, and Tabinda Khan. 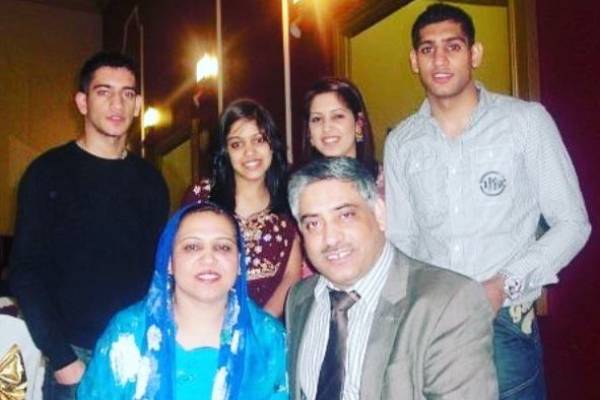 Amir Khan is the oldest among the four children of his parents. Image Source: Mariyah Khan Instagram.

The talented boxer attended Smithills School in Bolton. Upon graduating from there, he went to Bolton Community College. He is also a part of the Naqshbandi Sufi Order.

Married And A Father Of Three Kids

Amir Khan is a married man with three beautiful children. In January 2012, Amir got engaged with Faryal Makhdoom. On May 31, 2013, the couple tied the knot in Astoria, New York. Later, the couple went to Khan's hometown, Manchester, for a traditional wedding. 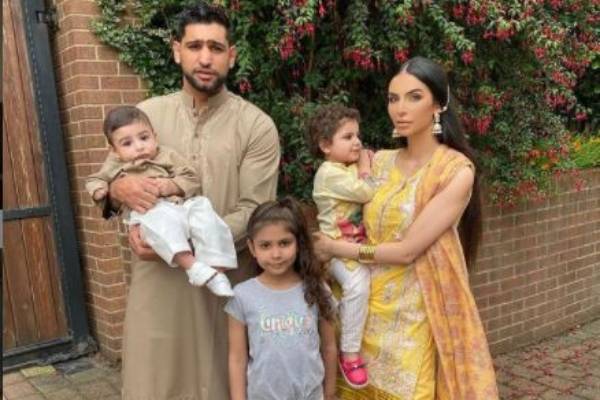 Before entering into the professional boxing stage, Amir Khan participated in competitive boxing at the Bury Amateur Club. He won several gold medals like the 2003 Junior Olympics, the 2004 European Student Championship, and the 2004 World Junior Championships.

Amir's professional boxing career began in 2005 when he made his debut against David Bailey. He won his first regional title on July 14, 2007. He won the title after beating Willie Limond at The O2 Arena and became Commonwealth Lightweight champion. On April 5, 2008, he was the number one contender for the WBO lightweight title after beating Martin Kristjansen. After the fight, Khan split from his trainer Oliver Harrison, and Jorge Rubio was hired as Khan's new trainer.

After Jorge was installed as Khan's new trainer, he put forward the lightweight Breidis Prescott as Khan's next opponent. Prescott defeated Khan and Rubio was replaced by Freddie Roach. On December 6, 2008, Khan made a comeback win against Oisin Fagan and won the vacant WBA International lightweight title.

On March 14, 2009, Khan defeated Marco Antonio Barrera, who ranked No.1 in the WBO world lightweight rankings and was the former seven-time and three-weight world champion, on MEN Arena in Manchester. This victory helped Khan win the vacant WBO Inter-continental lightweight title.

On July 18, 2009, he won WBA light-welterweight title against Andreas Kotelnik and became the third-youngest boxer from Britain to win a world title. Later on, he won his first WBA light-welterweight title defense against undefeated Dmitry Salita. On January 17, 2010, Khan dropped his promoter Frank Warren and signed with Oscar De La Hoya and Golden Boy Promotions and resulted in Khan's fights air on ITV. 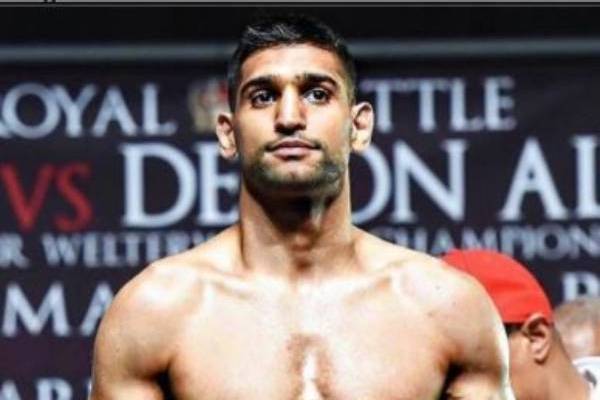 Khan won his second WBA light-welterweight title defense against the former light-welterweight world champion Paulie Malignaggi on May 15, 2010, at The Theater at Madison Square Garden in New York. This was Khan's first bout in the United States. Khan successfully retained his title for the third time against Marcos Maidana on December 11, 2010. Khan had his title with successful fights against the European champion Paul McCloskey on April 6, 2011, and 33-year-old two-weight champion Zab Judah on July 23, 2011.

Following the victories, Khan fought to defend his WBA and IBF light-welterweight against mandatory challenger Lamont Peterson on December 10, 2011, at the Walter E. Washington Convention Center. However, Khan was defeated by Peterson by a split decision (SD) in a controversial fashion. A rematch was due to take place in May but was canceled after Peterson tested positive for PEDs. Peterson's license was denied, and WBA reinstated Khan as a champion. On the other hand, IBF did not reinstate Khan as a champion.

Khan had established himself as the successful boxers with many victories. However, on July 14, 2012, Khan lost a fight against undefeated WBC champion Danny Garcia. Following the Garcia defeat, Khan split with trainer Freddie Roach and started training under Virgil Hunter.

Khan won a fight against Devon Alexander on December 13, 2014, and Chris Algieri on May 29, 2015, and retained his WBC Silver welterweight title. In early 2016, Khan announced that he was moving up two weight divisions to middleweight and fought against Canelo Álvarez on May 7, 2016. However, he lost to Álvarez and failed to claim WBC, The Ring, and lineal middleweight titles. Along with these fights, Khan has fought other battles against Phil Lo Greco, Samuel Vargas, and Terence Crawford. Amir Khan has gained immense fame and wealth throughout his boxing career. He is still very dedicated in his career, and he will definitely achieve more success in the coming years.

Amir Khan Net Worth And Earnings

Amir Khan is a famous British boxer who has immaculate enormous fortune and fame in his career. According to Celebrity Net Worth, Amir Khan's net worth is of $40 million. He has been able to amass such a massive fortune through his boxing profession. Here is the table showing the amount of money Khan earned through some of his matches, according to Wikiwand.

Along with the boxing matches, Khan has earned a significant amount of money through sponsorship deals, endorsement contracts. He is also the CEO of his boxing promotion company, Khan Promotions. Besides this, Amir became the co-owner of the Super Fight League in India back in 2016. He is still very dedicated in his career, so there is no doubt that boxer Amir Khan's net worth will increase in the coming years.

Amir Khan has involvement in supporting charitable and community causes in the past and even in the present. He raised money for 2004 Indian Ocean tsunami victims. He visited Pakistan in the following year to dispense food in a camp set up after the Kashmir earthquake. He has also been involved with several other campaigns like the campaigns to promote child safety around British railways, seek improvements to the criminal justice system, and encourage men to play a role to end violence against women.

Khan also serves as an ambassador for the National Society for the Prevention of Cruelty to Children (NSPCC). In December 2013, he raised £83,400 ($115k) by hosting a fundraising dinner to support Islamic Relief's Philippines Appeal Typhoon Haiyan's wake. For his contributions to sport and charity, Amir received an honorary degree from the University of Bolton in 2015. 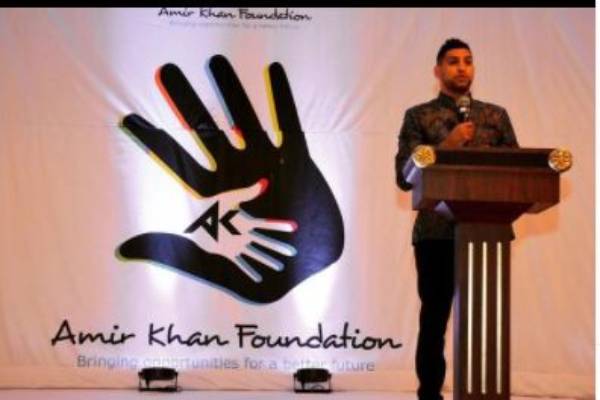 His own charity organization, Amir Khan Foundation, has also done several charitable projects like The Water Well project, built an orphanage in The Gambia, the #OrphanAID project with the Shilpa Shetty Foundation, providing assistance in Syria in partnership with Islamic Relief, providing aid for Syrian refugees in Greece, and work with Barnardo's children's charity in Britain.

All of the charitable works he has done over the years shows that Amir Khan is a man of a big heart. He has continued to support various causes and in the future, we might hear more about his philanthropy.