Callum Smith is one of the most successful English professional boxer. Image Source: Callum Smith Instagram.

Callum Smith is a professional boxer who has won several titles in the super-middleweight category. He is a British boxer and has represented England in the Commonwealth Games and GB Amateur Boxing Championships. Smith is recognized around the world due to his career as well as his family name.

Since many of the British boxer's family members are involved in the professional boxing world, the name Smith is recognized by fans. But today, let's take about Callum Smith's biography and his professional journey. 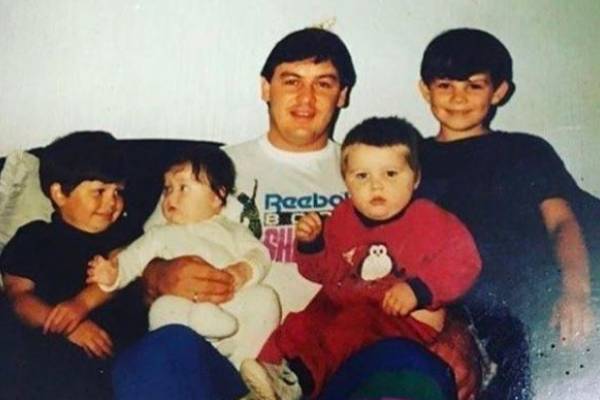 The Smith family shares a close bond, thanks to the way Martin and Margaret raised them. While all four of the boys have won titles as professional boxers, they are still humble and put their family first. Their undying devotion can also be seen inside the ring as Callum, and his brothers wear shorts with the word "autism" written in them. This is the dedication to their younger sister, Hollie, who has autism.

While growing up in Liverpool, Callum, like any other boy, was interested in soccer and spent much time playing sports with his friends. He also attended boxing events all over the country due to his brothers being part of the boxing world. He then started training at the age of nine and has not looked back since.

Callum Smith's elder brothers had also participated in previous Commonwealth Games and brought home silver and gold medals. Smith won a silver medal in the welterweight division in 2010, keeping up with his family's tradition. However, he didn't have the same luck for the Olympics, and Callum didn't qualify for the 2012 Summer Olympics. 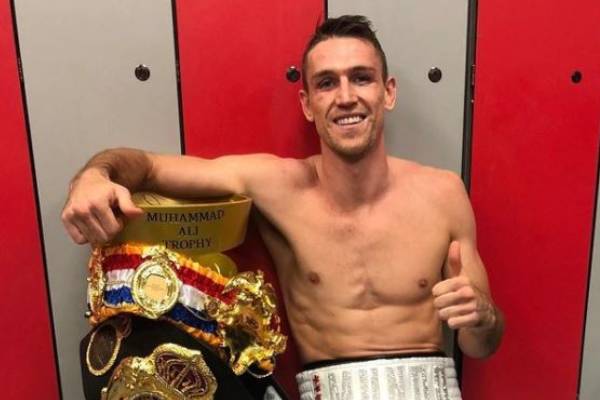 Callum Smith kept up with the family tradition and won a silver medal at the 2010 Commonwealth Games. Image Source: Callum Smith Instagram.

Even though he did not qualify for the Olympics, Callum did not give up and instead followed in his brother's footsteps and turned professional. In his early days, he was coached by Joe Gallagher and made his debut against Dan Blackwell on November 17, 2012. The match went on for four rounds, and in the end, Smith was declared the winner. The following month, Callum faced James Tucker and defeated him.

Callum Smith then fought against Tommy Tolan and earned his first stoppage win as a professional. He then faced boxers like Iain Jackson, Ryan Moore, Krill Psonko, Vladine Biosse, Tobias Webb, and Rafael Sosa Pintos, among others. He won every single match and had a record of 27-0 till December 2020. Among the 27 wins, 19 were by knockout, while eight were by decision.

With a record of 27-0, Callum faced Mexican boxer Canelo Álvarez in December 2020. Standing at 6 feet 3 inches, Smith had a clear reach advantage but only had a little over a month to get ready for the fight. However, he was intent on avenging his brother Liam's loss to Álvarez in 2016. But the result did not come in favor of Callum as he lost by unanimous decision.

While the loss ended Callum Smith's winning streak, he has not lost hope yet and is set to compete against other fighters. However, with several titles, including the WBC International super-middleweight, WBC Silver super-middleweight, and Ring magazine title, to his name, he has already tasted immense success from his career. Let's hope we will see him adding more titles to his tally in the coming years.

Callum Smith Net Worth And Earnings

Callum Smith has been professionally fighting since 2012 has amassed a fortune from it. To date, he has fought twenty-eight times and has undoubtedly pocketed a considerable sum every time. He reportedly earned most of the $10 million purses when he won the WBA super-middleweight in Saudi Arabia.

As per Forbes, Smith's opponent, Canelo Álvarez, earned around $20 million from their 2020 fight. While it is unclear how much Callum gained from the fight, his earnings might also cross millions of dollars.

In addition to his earnings as a boxer, Callum also earns a significant amount from endorsement deals. He signed a one-year sponsorship deal with AMC Prestige Cars in 2016 and also received a new Mercedes GLE. Also, Smith has been advertising CBD oils from the UK company CBDVapeRus for quite some time now. He has undoubtedly pocketed a considerable sum from his partnership, which in turn helped increase Callum Smith's net worth.

While the details about the British professional boxer's career is known by many, Callum Smith's love life is a mystery. He does post pictures of his partner on his Instagram, but Smith rarely talks about his better half in the media.

However, in an interview with Square Mile, he revealed that he met his partner, Kimberley Love, while both of them were on holiday with their respective friends. Callum also admitted that the first time he met Kim, he told her that he was an electrician. The truth eventually came out, but Smith and Love's relationship was not affected by it. 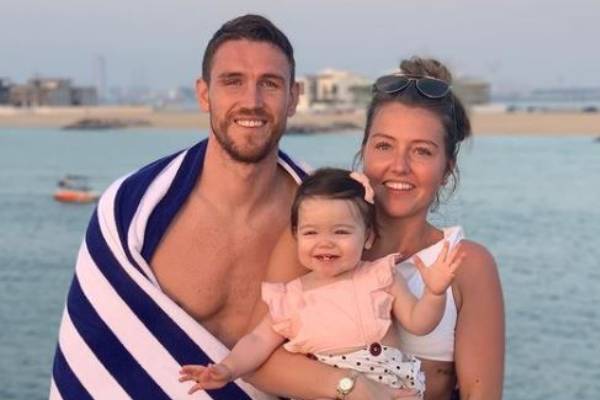 After dating for quite some time, Callum Smith's partner, Kim Love, gave birth to their daughter, Alba Smith. Little Alba celebrated her second birthday in January 2021 and is the apple of her parents' eyes. Both Smith and his better half are enamored by little Alba, and the boxer shares pictures of her on his Instagram handle.

Just like his professional career, Callum Smith is also recognized for his charity work. He and his brothers are actively working to create awareness about autism among the general people. With a little autistic sister at home, the Smith brothers are passionate about the cause and even opened an autism unit at Olsen House School in Crosby.

Callum Smith and his brothers also established the Smith Brothers Academy at the Rotunda ABC in 2017. They coach young boxers at the academy and have aimed to get people off the streets and gain academic qualifications as well as social skills.

Looking at all the works he has done with the boxing center and autism community, it is clear that Callum Smith has a big heart. Let's hope we get to learn more about the work that the Smith brothers do to help society in the upcoming days.